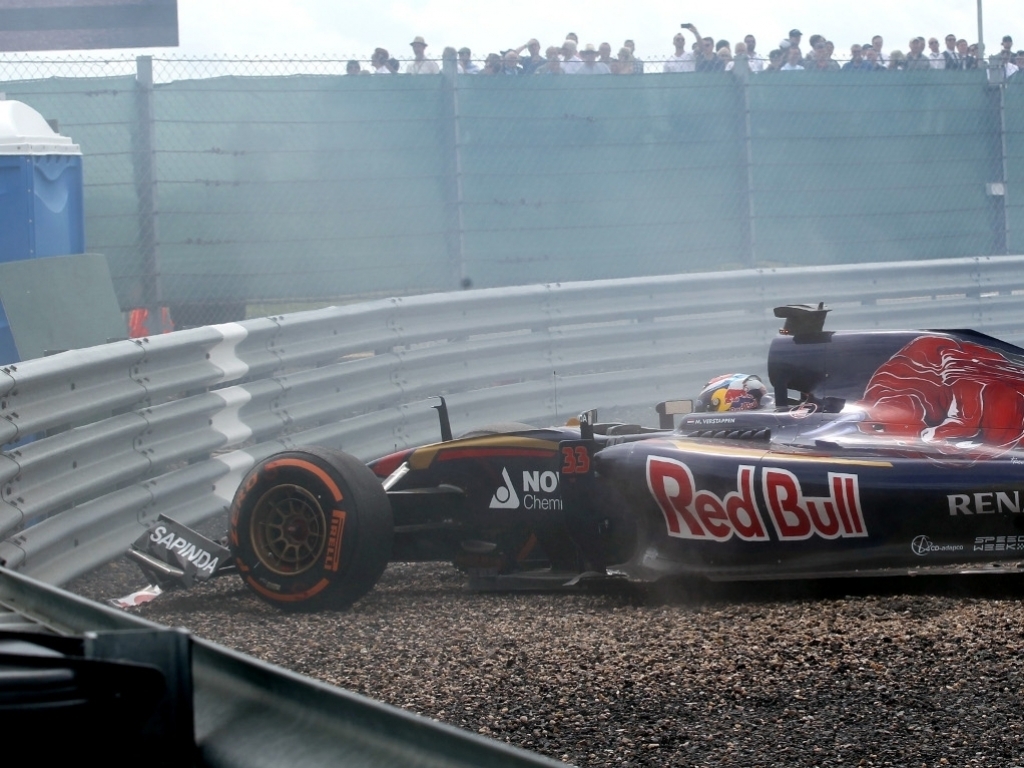 It was a disastrous British Grand Prix for Toro Rosso and Lotus as their drivers all retired at Silverstone.

Sauber
Marcus Ericsson: "It is disappointing to miss out on points when we had it in the bag for quite a long time. The first half of the race was reasonable. I had a good start, gaining some positions on lap one. My pace was good, so I was able to keep up with our direct competitors. It was one of those days when it was difficult to make predictions, as it started to rain on some parts of the track and others were still dry. It was not an easy situation, either for the drivers or for the team. Unfortunately, we made too many pit stops today. We need to sit down and analayse what we could have done differently."

Felipe Nasr: "An unlucky day for me. When I went out to the starting grid I got stuck in sixth gear. As soon as I returned to the garage the team detected a mechanical issue with the gearbox. It is a shame. Looking at the number of cars that retired, this was a race in which I could have taken advantage of some situations. Now we have to look forward and focus on the next race weekend in Budapest."

Manor
Roberto Merhi: "I’m so happy to end the team’s home race in 12th position. To be honest, this had not been the best weekend for me prior to the race, but it all came good when it mattered and I found the performance I needed to get ahead. When the weather started to change and we switched to the Inters, it was very difficult to know what would happen next because the conditions were hard to read. We were a long time on the Inters before the rain intensified, which meant that we had to pit again for a new set quite close to the end of the race. The team has made some good progress here this weekend, so it was good to give everyone a nice reward for all their hard work over the past few months in preparing for the new upgrade. It has been a great weekend racing in front of the home crowd, and now we look forward to the next race ahead of the summer break."

Will Stevens: "A good result for the team but incredibly frustrating for me. The weekend up until the race had been really positive and even in the early part of the race we were going strong on the option tyres, which were working really well for me. When it started to rain we stopped for Inters but we had 15 laps on them and the worst of the rain only lasted for a couple of laps. I was effectively on slicks by the end of the race and that’s what caused me to spin off and damage my nose. Overall, we have to look at the positives though. We’ve made a good step forward here, so well done to the team, and the support of my home crowd has been incredible. All in all it has been a special weekend and one to remember."

Toro Rosso
Carlos Sainz: "Not the best of endings to a race that was looking good… It was a tough start to the race and during the first stint I struggled a bit, but as soon as I pitted for another set of tyres we picked up the pace and started to push. From then on, it was all going really well, running comfortably in P9 and waiting for the rain to arrive, but suddenly my car just switched off and that was the end. It’s a very frustrating way to end the weekend here at such an amazing track as Silverstone."

Max Verstappen: "A very short race for me unfortunately. I didn’t have the best of starts and I suffered from a lot of wheel-spin. Luckily I was able to escape from the crashes that happened in front of me, but when the race restarted after the Safety Car period I suddenly lost the rear of the car at Turn 2. Even though I only damaged the front wing a bit, I wasn’t able to reverse and my race ended there. A shame, but we can’t change it now so we just need to focus on the next race, keep my head up and come back stronger."

Lotus
Pastor Maldonado: At first I thought I had a puncture and would be able to return to the pits and re-join the race but unfortunately the damage to the car was more serious than that and I had to retire. There is nothing you can do in situations like these as it’s all part of racing. Now my focus is on the next race where we’ll be trying our very best as always."

Romain Grosjean: "That was a very short race for the team and I feel for everyone here at Silverstone and at Enstone. Daniel must have thought his brakes and tyres would be able to slow him better than they did and the result was the end of both my and Pastor’s race. No-one likes to end a Grand Prix like that as so much effort goes into making and preparing the cars. I know we have many fans who want to see us race so I feel for them too. Budapest is next, and we’ve gone well there in the past. I’m pumped-up to fight for every single point available."