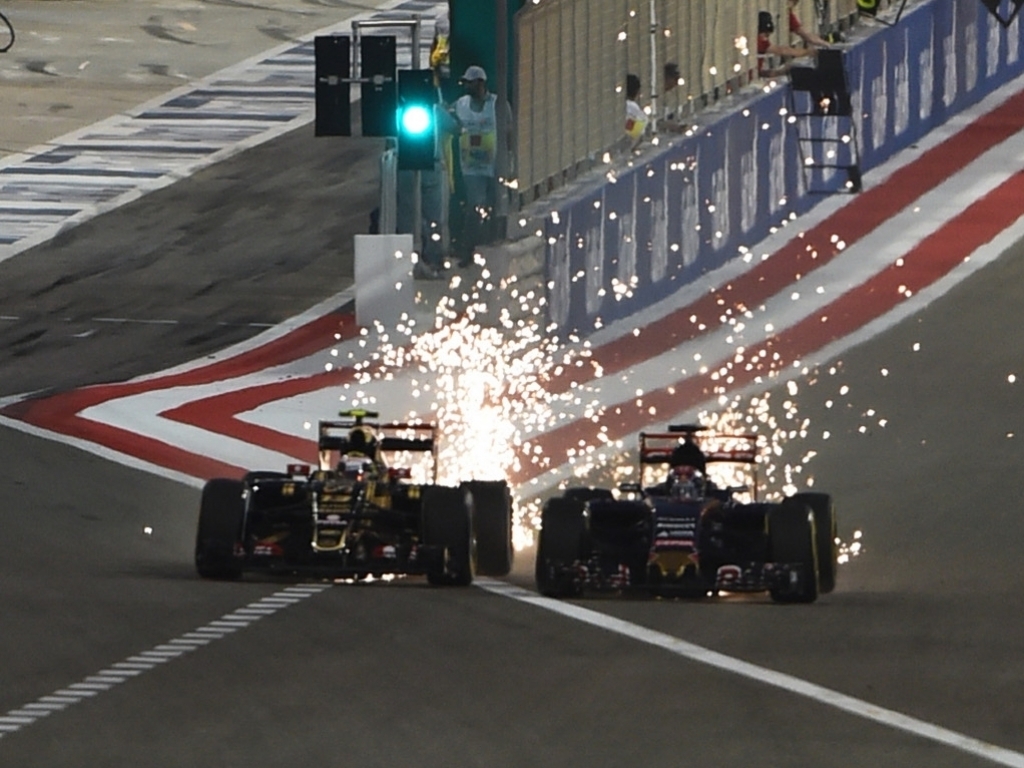 No points for Sauber while the Toro Rosso duo Max Verstappen and Carlos Sainz both failed to see the chequered flag.

Sauber
Felipe Nasr: "It was a difficult first lap for me as I got squeezed in turn 1, so I lost a few positions. Afterwards I got stuck in traffic which compromised my race pace during the whole first stint. In the course of the race I lost power for several laps, which made us lose ground. On the positive side of things, I was quite satisfied with our lap times on the medium compound. Overall, I think we could have scored points if we would have had a clean race. It is a shame not to have them."

Marcus Ericsson: "I had a really good start into the race. On the first lap I moved up from 13th to ninth. In the first and second stints our lap times were quite strong, keeping up with our direct competitors. We were running as planned, but then unfortunately we had the mistake during the second pit stop due to a mechanical problem that came up when the crew changed the left front wheel. Of course, it is very disappointing, but sometimes this happens in racing. We win together, and we lose together. After that our race was extremely compromised. However, I still tried to do my best and during the rest of the race my pace was good. All in all, we showed a reasonable performance and this is what counts for the next race in Barcelona."

Manor
Will Stevens: "Overall I’m pretty pleased with my race. It didn’t get off to the best start because of Maldonado being out of grid position, so that meant Roberto got away ahead of me. We had a good duel for me to get that back but by the time I was able to get by 8 laps in, I’d lost a lot of time. The positive thing is that when I was back with the pack, the pace is good and it’s pretty impressive that we’re bringing both cars home when you can see from other teams that it’s no mean feat. Massive congratulations to the team for an incredible job in this first part of the season. Obviously the job gets harder still as we head to Europe, but everyone is very motivated by our achievements so far."

Roberto Merhi: "It was good to bring both cars home again and to see that as a team we continue to make good progress. I was a little disappointed with my race as it started out well with a good battle with my teammate Will. After pushing so hard in the early part of the opening stint, when he did get by I had used the tyre, so I started to lose time to him and I wasn’t able to make that back. Overall, we have learned such a lot from the first phase of the season and now that we have some time to reflect on that, I think we will be even better equipped for the start of the European races. My thanks and congratulations to the team for all that we have achieved together so far."

Toro Rosso
Max Verstappen: "It hasn’t been a positive day. It was a tough race. We still don’t know the exact reason for the retirement, but it looks like an electrical issue made us end our race before time. Obviously this is not the way we would like to finish our weekend but we have to stay positive. I’m disappointed, but we will carry on working as hard as always in order to come back stronger in Barcelona and fight for points again. That’s where we belong!"

Carlos Sainz: "Quite a disappointing day today for all of us, especially after such a good qualifying yesterday. I don’t know what happened to my car today, I just know that I felt something weird with its behaviour and I was forced to stop. I can’t hide the fact that I’m upset because we had a very good starting grid position but we suffered from a lack of pace today. We’ll do our best to be in good shape for the start of the European season in Barcelona, a race which will be very special for me as I will be racing at home."