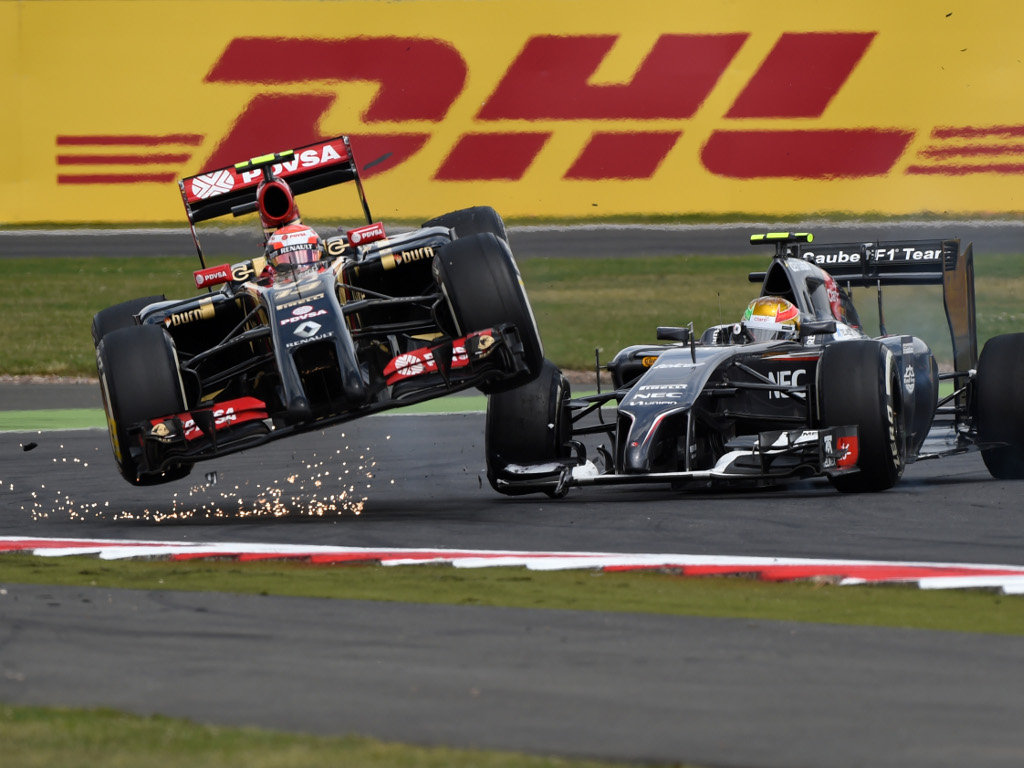 Sauber:
Adrian Sutil: “I had a good race start. After the restart I was fighting with Pastor (Maldonado). When I tried to overtake him in turn 16 he braked and did not leave me enough space. I was already beside him and could not avoid a collision with him. I feel very sorry for the team, as this is not the way a race should end. However, we have to look forward to the next races.”

Esteban Gutierrez: “The race was relatively unspectacular for me. It took a few laps to overtake Jules (Bianchi), but afterwards I was able to constantly improve my lap times. We decided to go with a one-stop strategy. After the pit stop I could not get the hard tyres to work and was not fast enough anymore. Unfortunately I was rarely able to attack and had to defend most of the time.”

Marussia:
Jules Bianchi: “From 10th place at the restart I had a very enjoyable opening stint after the restart. I knew I wouldn’t be able to hold off the faster cars behind me but it was a good test of our pace as to how long I could keep them behind for and this was a fun part of the race for me. After that I just had to push as hard as I could to stay with the pack in case any opportunity arose. What we did see today is that all we need is just a few more tenths a lap to allow us to keep pace with the Lotus and Sauber cars, so we have to focus now on finding that extra time.”

Max Chilton: “After yesterday’s qualifying performance we were hopeful that we could have a good race today and we certainly didn’t anticipate the course of events that we did encounter. That was a scary moment when I was hit by the flying tyre. I was very lucky in one respect but massively unlucky given the damage to my car. I came into the pits because I needed a new front wing and for the Team to take a look around the car, but of course by then the race had been red flagged. The Team did a good job to repair the car from the pit lane and from then it was a tough race, with me pushing as hard as I could. I was happy to overtake Kobayashi so that I could then work away at closing the gap to him to unlap myself. I’m pleased we got both cars to the finish at our home race. We were hoping for more but with the circumstances we had it’s a good result.”

Caterham:
Kamui Kobayashi: “My start was ok and I was ahead of a couple of cars but then saw the Ferrari impact and had to go way off track to avoid hitting him. I made it through almost without any issues – there was a bit of damage to the nose but nothing else we could see then, so we were fine to restart. The main thing for me was I wanted to make sure Kimi was ok. It was a big crash, and while I was lucky to avoid it, I hope he’s ok. The initial reports I’ve heard are that he’s not too bad but I just hope that’s the case. We started under the safety car and I was just behind my teammate and then saw he retired so pushed on to the group just ahead. The car did feel very different to how it was when I started – the aero balance had changed and it was clear we’d lost some downforce, almost certainly from the rallying I had to do, but I kept going as hard as I could. I’d started on mediums and they were holding up ok right until we boxed for the first time on lap 18 to go on to a set of hards. They felt really good but from that point it was pretty much a race on my own – the pack ahead was too far down the road for me to catch and I only had Chilton a long way behind me so I just focused on bringing the car home.”

Marcus Ericsson: “I had a fantastic start, my best of the year so far, and passed several cars on the outside of turn one, so by the time the red flag came out I was up to 16th, five places up from where I’d started. I was ahead of the crash that Kamui managed to avoid so my car was fine and after we restarted under the safety car I was ahead of him but then, going into turn six I hit something in the kerbs that smashed my suspension and that was the end of the race. It’s a shame that we had a DNF today as, even though quali didn’t go to plan, the weekend for me has been ok and I wanted a good race today, but now it’s on to Hockenheim, a track I’ve always liked racing at.”