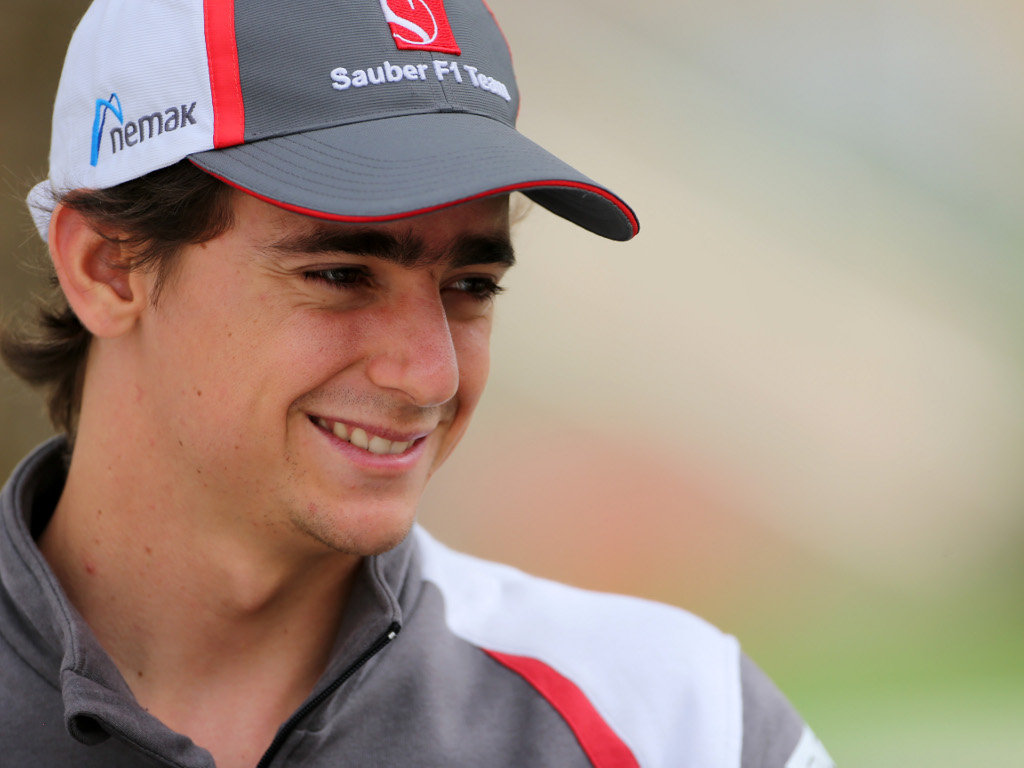 Sauber once again failed to score a single point, joining Caterham and Marussia at the bottom of the results in China…

Sauber:
Esteban Gutierrez: “It was a very complicated race in terms of tyre management. With these kind of temperatures the prime tyres were not really working for us. We had to do a three stop strategy, which ended up as a disadvantage for us. With our current pace we could not have higher expectations in terms of our results. I have total faith in my team, everybody is putting their best efforts into everything. I believe that Barcelona is the place where we can recover, make a step forward and fight for better positions and points.”

Adrian Sutil: “Unfortunately it was a very short race for me. During the formation lap I already had problems. As it was a quite slow formation lap, I was not able to identify what the problem was. I just realised the engine was not working properly. At the start I had almost no power. Going into the first corner I noticed there was a problem with the engine. I lost a lot of positions during the first lap and fell back to last. I did a few more laps, but then went back to the pits. The team tried to solve the issue, but we could not do it quickly. I had to retire. However, I am still positive and looking forward.”

Marussia:
Jules Bianchi: “I had a good fight with Kobayashi throughout the race and I’m very happy to be leaving China having finished ahead of him. This was my first straightforward race of the season so far and it is a big relief I have to say. The start was good and I got ahead of Kamui off the line but he regained position quite quickly. I stuck with him until the second stint when with Maldonado between us I dropped back a little but then I caught up again and we continued to enjoy a good battle. When he stopped for a third time for the option tyre we saw the opportunity to manage my tyres and stay out to get ahead. On new option tyres he was catching quite quickly and I had to work really hard to keep in front and not lose the place. Unfortunately, he caught me with only two corners left but in the end we keep the position, so I’m happy and have a good feeling with which to end the first long haul rounds of the season.”

Max Chilton: “It was a tough race but I’m pleased to have passed and kept Ericsson behind me and, of course, to secure my 23rd consecutive finish. The start went well – I got past a couple of cars actually – and the car felt good in that early stint. On the medium tyre I struggled a bit more with the balance and we changed the strategy, before changing back at the end when we pitted for a third time, basically to ensure that we were not going to be subject to a late charge by Ericsson on fresh rubber. A good race and a nice way to head into the start of the European season.”

Caterham:
Kamui Kobayashi: “Finishing 18th isn’t the final position we’d want, but after a really good battle with Jules I’m relatively pleased with how today’s race went. However, it’s a real shame that my move on him on the last lap now doesn’t count due to the mistake with the chequered flag, something we had nothing to do with. We’d had a really good battle for the last few laps of the race and I got him on what was the last lap, until it turned out the chequered flag had been waved a lap too early by mistake – until we found that out after the race it had been good to see what a small victory like that does for the team as it lifted everyone at the end of a very tough first four races of 2014.

“I didn’t have a great start but still made up a couple of places on lap one and was having a good fight with Maldonado until lap 18 when he got past. The guys did a very good pitstop when we came in for the first time for new mediums on lap 11, helping me stay ahead of him until halfway through the second stint, but our car is simply not competitive enough on options tyres to hold him and once he was ahead I didn’t have the pace to fight back, so from that point we were focused on beating the Marussias.

“We stuck to the original three stop strategy and that gave us a few interesting moments, particularly with Vettel who I was told I could pass as he was fuel saving and on old tyres and I was on new softs on the third stint. I hear he wasn’t too pleased about that but relative to him I had the pace then to immediately pull away and did so to avoid compromising our plan.

“Obviously though the real battle for us was with the Marussias and when I came out on new softs after my final pitstop I was able to catch Chilton quickly and then closed the gap to Bianchi in a few laps, despite the traffic at that point in the race which always makes our own race very difficult. It was a really good battle with Jules, clean racing and I finally passed him going into the hairpin at the end of the back straight, having done a bit of feinting to defeat his defence. As I say, through no fault of our own that result now doesn’t count but we’ll just have to dig deeper in Spain and fight back there.

“Even though we had good race with Maldonado for the first third of the race it’s clear we don’t have the outright pace to fight Lotus or Sauber yet, but we have a good package coming for Spain and we are determined to try and close the gap. The first four races have been hard, but having both cars finish today shows the progress we and Renault have made with reliability. Now we have to build on that and use the next couple of weeks to recharge ourselves so we can come back stronger in Barcelona.”

Marcus Ericsson: “For me the whole race was dominated by understeer. On every set of tyres the balance just wasn’t there and that meant I couldn’t really push at all. It’s good that we got to the end of the race, but if I hadn’t had that understeer I’m sure I’d have been quicker.

“My start wasn’t perfect and I was behind both Marussias at the end of lap one. We did the first stint on softs and they started graining pretty quickly so we boxed for mediums for the second stint on lap 10. We added a bit more front wing to try and help with the understeer but it didn’t really help so I just couldn’t push any more than I was. It was the same for the third and fourth stints which we did on softs but by that point I was pretty much on my own so just focused on getting to the end of the race.

“This is obviously the last of the early season flyaways and when we start the European season in Spain it’ll be back at a track I know really well. As a rookie that’s obviously good for me and with the amount of time I’ll be in the factory and in the simulator between now and then, and with the new parts we have coming in Barcelona, I’m sure we’ll come back stronger there and ready to make progress there and in the next few races.”