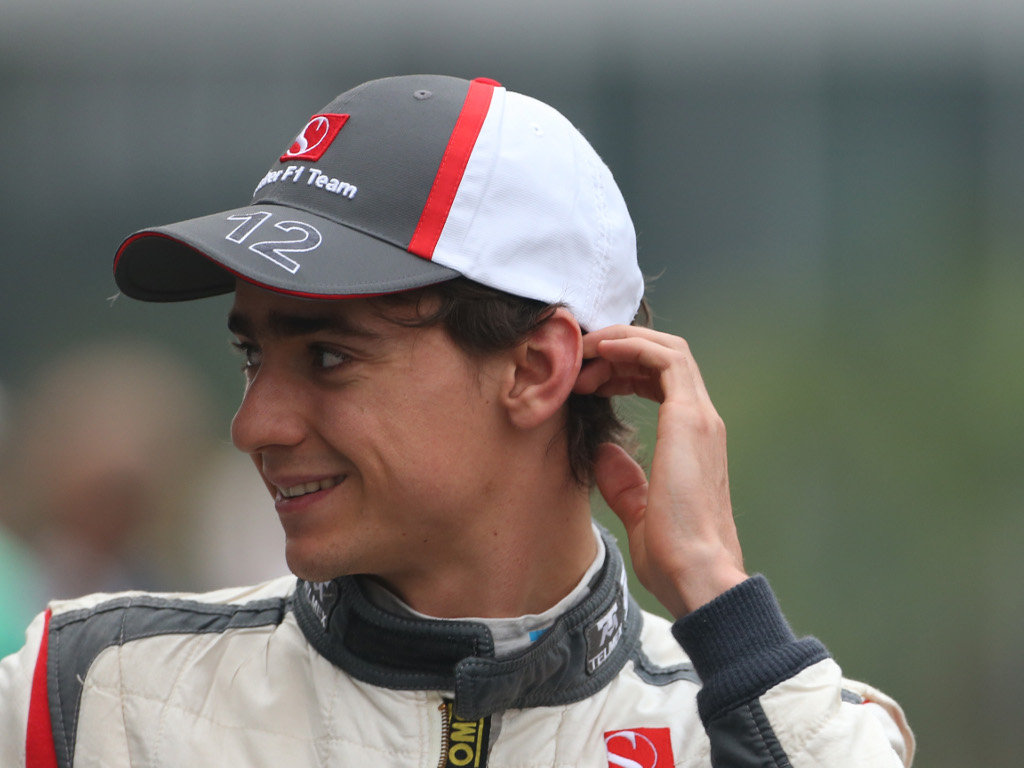 Sauber:
Esteban Gutierrez: “This wasn’t a great weekend, yet I gained valuable experience during the race today. Unfortunately, I made a mistake at the start and I paid for that with a drive through. We had a good pace today and I had good fights with Fernando (Alonso) and Roman (Grosjean). I enjoyed that. The car had a very good balance. At the end I struggled a bit on the options, but still I think if I avoid mistakes and we are able to qualify better we can for sure finish in the top ten again.”

Nico Hulkenberg: “Today I would have passed the finish line in eighth place. We don’t know yet what happened. When I was braking into the last turn something clicked and all of a sudden my brakes were gone. Something must have been broken on the car. Following that I pitted and went out again, but something wasn’t right. It is very disappointing.”

Marussia:
Max Chilton: “I’m so happy with my performance in that race. The start was great and with the help of my engineers we did a good job of driving around a problem that at one stage had looked like it might end in retirement. Thankfully it eased and we could set about recovering our strategy, which in the end played out very nicely for me. From the video, the circumstances of the first corner seem pretty clear – I was ahead of van der Garde and he hit both Pic and myself with his front wing. When I looked in my mirrors I could see he had damaged his wing. Overall, it hasn’t been an entirely straightforward weekend but we have been there or thereabouts with the Caterhams on pace and we had it in the car today to do a good job. I’m obviously very happy to maintain my record of finishing every race but it will be an even nicer feeling if I can still be saying that in Brazil! My thanks to the Team for all the hard work, which is clearly paying off. Finally, congratulations to Sebastian on a well-deserved fourth title.”

Jules Bianchi: “I am happy that we finished the race with both cars again but disappointed with my position to be honest. Our two strategies were very close, although the theory was that mine would be just a little quicker. The car was good and the strategy should have paid off had it not been for a problem at the first pit stop, which cost me a lot of time. At the end of the race that really made the difference. Overall we have to be pleased with the car performance and think positively about every opportunity for the Team to hold position in the Championship. My best wishes to Sebastian – a great achievement for him.”

Caterham:
Charles Pic: “After the start and coming out of turn one I was ahead of Chilton and my teammate. Giedo didn’t have anywhere to go and made contact with my right rear tyre and it punctured which meant I had to come in immediately for a stop. We’d started on the soft tyres so we were always going to have to stop early, but obviously not on lap one, and with the time I’d lost with the first lap puncture I was back to where we were in Japan, having to play catch-up for the rest of the race. On the first set of mediums the car started behaving strangely and I was told to box again on lap 16. It turned out we had another puncture on the right rear and the tyre had lost a lot of pressure so we put on another new set of mediums and I pushed to close the gap to the cars ahead, but with such a big deficit it was always going to be unlikely I’d be able to catch and pass them. We gave it a go but we started losing hydraulic pressure, affecting the gearbox first, making changes harder, and then the steering started getting heavier and on lap 39 I was given the call to retire the car. My engineer explained afterwards that we’d had to stop because of a hydraulics leak which is why we’d had problems with the gearbox and the power steering and we had to retire to stop any more problems with the rest of the car. Overall this has been a bit of a tough weekend, but we will keep fighting, next weekend and for the rest of the season.”

Giedo van der Garde: “I’m really disappointed my race ended so early. I made a fair start but coming out of turn one Chilton left me no room and we made contact, breaking my front wing and suspension. It’s been made really clear to us that we have to give each other room but today I wasn’t given any at all and that’s what’s finished my race before it really got going. It’s such a shame as this weekend the car’s felt really good, the balance has been there right from the first practice session and we know we have the pace on Sundays to pull away from the cars we’re fighting with. Having it all end so quickly is obviously bad, for me and everyone in the team who keep working so hard, but we can come back from this straight away next weekend in Abu Dhabi and that’s exactly what I aim to do.”