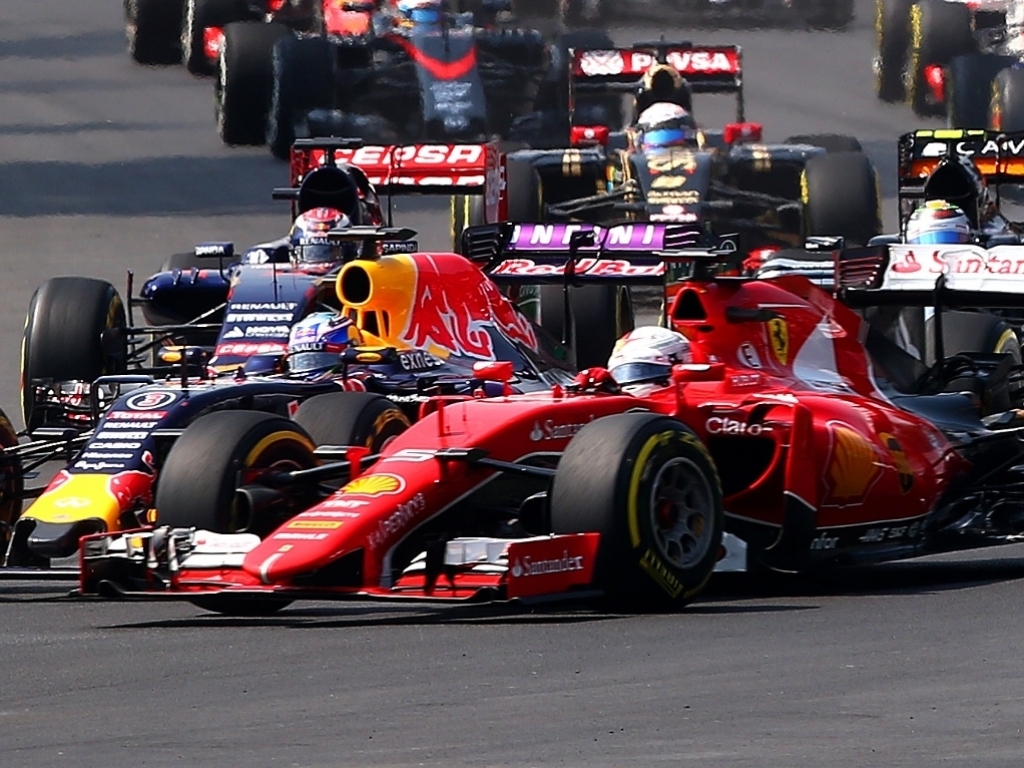 Disastrous Mexican Grand Prix for Ferrari as both Sebastian Vetel and Kimi Raikkonen fail to see the chequered flag.

Sauber
Marcus Ericsson: “Overall it was a decent race after a rather difficult weekend. We were aiming for points, which did not work out with P12. However, I am satisfied with my performance and also with the strategy we chose. Throughout the whole race stint I had issues with the brakes, as they were overheating. It was a challenge to manage them, which compromised our performance. We will learn from that and focus on the next race weekend in Brazil.”

Felipe Nasr: “It was a tough race. I was not able to finish the race due to brake issues. I did my best to manage them, but they got to a critical point. I had to stop the car in Turn 13. It is a shame, not only for myself, but also for the team as we all loose together. We need to find a solution for this issue.”

McLaren
Fernando Alonso: “We had an MGU-H rotation speed problem – it was something we spotted last night, and unfortunately confirmed it this morning. We didn’t have enough time to replace it, so we were left with two options: to race or not to race. We went for the first option, and tried to do as much as we could, out of respect for the amazing fans here in Mexico. I really wanted to go to the grid, take the start, and then just see what happened. It was only one lap, but, even so, I enjoyed it. At least we tried; it’s always best to try than to give up. It’s been a two long weeks away from home, with zero points scored. It’s been hugely rewarding to witness the crowds here in Mexico City though – they’ve been one of the best crowds of the season, brilliant all weekend. Now, we need to put this experience behind us and look ahead to the final two races of the season.”

Jenson Button: “The Mexican fans should feel very proud of themselves – they’ve been amazing out there all weekend. By contrast, I don’t have many positive things to say about my race. The other cars were significantly quicker than us in a straight line. On the plus side, though, compared with the middle-of-the-pack cars, we were quicker in the final sector of the lap. They came past us on the straight, but then we caught them back up in the final corners. To be fair, however, I think we lost more power compared with the other teams on this high-altitude circuit.”

Manor
Alexander Rossi: “I got a great start and a good run down to the first corner. I was pleased to keep three world champions behind me for a time, however brief. Things started out well, but a few laps in I was really struggling with the car on those tyres, so I was losing a very worrying amount of time. Thankfully, the next two stints – on the Prime, then back on the Option – were much better and I was really happy to be back in the fight. I was substantially quicker than the other car, so I closed the gap pretty quickly and was able to retake the place ahead. So 25% of the race was difficult, but the other 75% was fantastic and more than made up for it. A couple of boxes ticked – finishing ahead and getting both cars to the finish here after a good race-long battle. The Mexico Grand Prix will definitely go down as one of my favourite races now. The crowd have been sensational and the race result is the icing on the cake. Off to Brazil now; I can’t wait.”

Will Stevens: “I’m pretty disappointed with how the race ended for me, after running ahead of Alex for 46 laps of the race. I had a really good car at the start but we switched strategy from a two-stopper to a single stop, which wasn’t good for me as I have been really happy with the car on the Option tyre all weekend but I’ve really struggled with the Prime. A long second stint on the Medium just didn’t work out. Alex and I had a great scrap today and although the end result wasn’t what I’d hoped for, I’ve had a much improved weekend after a couple of more disappointing races prior to this. I love Mexico and it was a great weekend; I can’t wait to come back. For now though, my thoughts are focused on the final two races.”

Ferrari
Sebastian Vettel: “Today I had a bad start, and obviously after the contact with Daniel I was very angry, but in the end I think no one is to blame. He clearly could not avoid hitting me being too fast for the line he had chosen, but these things happen. That’s racing, even if of course it’s painful if it happens in the first corner and you have to drive all the way back. So the race was pretty much lost at that time. I was hoping for a safety car earlier on, but it didn’t happen. I tried to catch up, but the two mistakes didn’t help. The last one obviously ended my race and I am not proud of it. The car in general was good, we were quick, the pace was promising and we were very close to Mercedes, probably we hadn’t been that close for a while. I tried everything to force it and come back. And trying too hard is probably the right explanation for my mistake.”

Kimi Raikkonen: “About the accident with Bottas, there are always two different ways to look at things, everybody can have their own view, but to be honest I did not expect a much different end result. It’s racing in the end, but I think I was expecting that it probably might happen after Russia. Has he done it on purpose? I don’t know, you can decide yourselves, it doesn’t change the final outcome right now and it’s not going to change anything for me for the future. Obviously we had a pretty poor weekend, we were a bit unlucky on many things, and it’s not the nicest feeling for all of us, but we are still a strong team. It was an unlucky situation for both me and Sebastian, but that’s how it goes sometimes. As a team, we haven’t lost anything, we just had a pretty difficult weekend and I’m sure we can be back in the next two races, trying to finish the season strongly.”