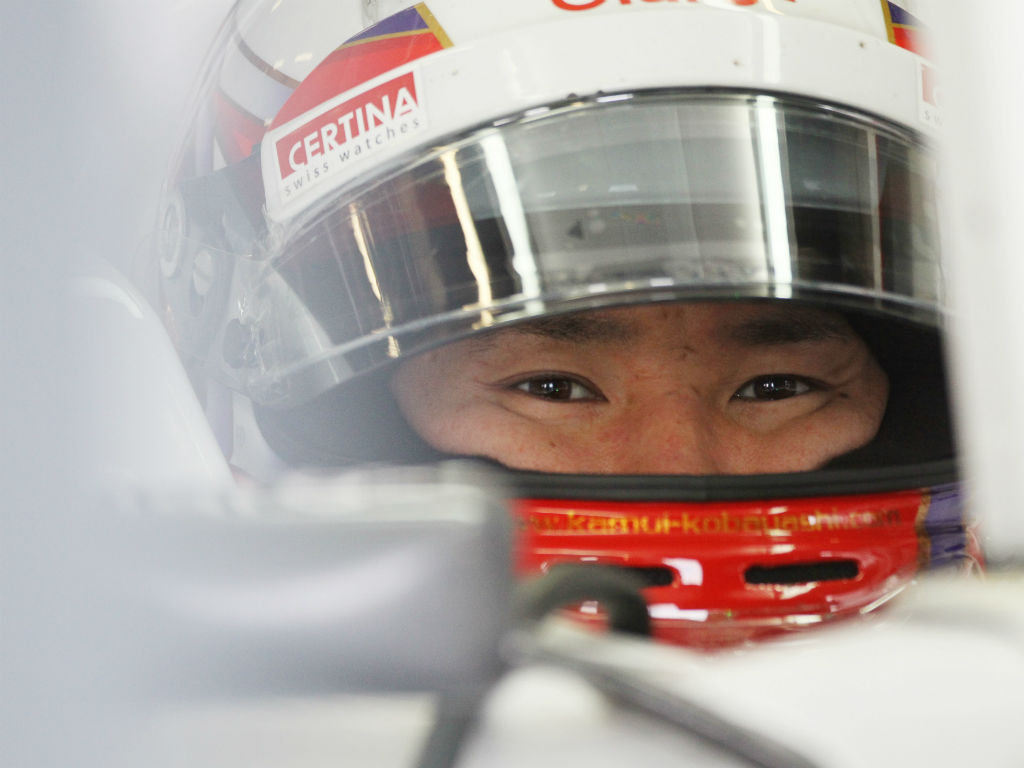 There were points in Germany for both Sauber drivers, the Mercedes duo and Nico Hulkenberg…

There were points in Germany for both Sauber drivers, the Mercedes duo and Nico Hulkenberg…

Sauber:
Kamui Kobayashi: “I am very happy for the team that we have managed to get a good result again. We have been unlucky in the two most recent races, and also had a bad qualifying yesterday. The performance of our car, especially in the dry, is really strong. If we only had qualified better we could have achieved even more today. At the beginning of the race it was a bit difficult on the medium tyres, but our strategy was good. Considering where we came from, 18 points is an excellent result.”

Sergio Perez: “I am so pleased for all of us that we have recovered after we had such a bad qualifying. We have shown a strong pace in the race. However, my strategy was a little bit compromised because I had to do my first pitstop a bit earlier than planned. I felt something strange on the left hand side of the car – perhaps it was a puncture – but I don’t really know yet what it was. This obviously meant we had to extend the later stint and I ended up with quite old tyres. The team did a great job today and this will give us a good boost for next week’s race in Budapest.”

Mercedes:
Michael Schumacher: “There are nicer ways to finish a home race than falling back from third to seventh place. I squeezed everything I could out of the car but, unfortunately, that’s everything we could manage today. It’s a pity because I would have loved to have given something more to all our Mercedes-Benz colleagues who were supporting us today. Before this weekend, we expected to be racing between P5 and P7, and of course fifth place would have been the better option, but seventh was our maximum in these circumstances. I got a decent start and the short battle with Sebastian was fun. After that, unfortunately, there weren’t too many highlights, apart from setting the fastest lap, perhaps. However, we couldn’t maintain that pace for very long. Now we have to look forwards and do our maximum at the next race.”

Nico Rosberg: “It feels ok to have scored one point today after such a bad qualifying yesterday and starting right at the back. We had a good strategy and I had great fun out there at times overtaking so many people to move from 21st to 10th place. Some of the guys I had to overtake a couple of times and there were some nice manoeuvres. Thanks to our fans here in Hockenheim for their fantastic support, even though the weekend didn’t really run to plan. Now I look forward to Budapest in just seven days and hope for a better weekend, and we will keep working very hard towards this.”

Force India:
Nico Hulkenberg: “We always knew it was going to be tough to hang on to fourth place because we did not look especially strong in the dry conditions on Saturday morning. But when you’re in that position you hope for the best and actually the first part of the race was strong for me and I had some good battles. In terms of strategy, doing three stops was the way forward because a two-stop race was not possible with the way the tyres were degrading. So it’s good to come away with some points but I was certainly hoping for a bit more from my home race.”

Paul di Resta: “A tough race today and ultimately we didn’t have the pace to match teams like Lotus and Sauber. The story of the race was deciding whether to stop two or three times and with hindsight we probably could have been more aggressive. But it was hard to understand the tyres and we seemed to struggle for pace in the middle of each stint. I think we have the baseline speed in the car but we just couldn’t demonstrate it today and that’s why I missed out on points. Hopefully we can find the sweet spot next weekend before the summer break.”

Toro Rosso:
Daniel Ricciardo: “I had a normal start and held position on the opening lap, so at least we did not make life more difficult than it needed to be. However, it was clear in the opening laps that I could not patch the pace of those cars around me and I was fighting quite a bit with some understeer. After that, I lost places to the Saubers and Rosberg and could not stick with them. At the first stop, I asked for some more front wing to get rid of the understeer and the second stint was a little bit better. I ran the final stint with even more wing and that was the best the car had been all afternoon and I was hoping to catch Di Resta, but with eight laps remaining, I started to lose grip at the rear end and that was it. We tried a bit of everything today, but unfortunately we did not have any answers.”

Jean-Eric Vergne: “I am at the same time disappointed and happy at the end of this race: happy because the performance was quite good and disappointed as we were unlucky to have a puncture, which meant I had to make a very early stop which ruined the race. Actually I had a bad start, dropping to 20th but still, I managed to cross the line 13th at the end of the first lap.The car was running well enough to get a better result. The car definitely seems to be working better than it did in the last few Grands Prix, so that gives us hope that we can improve still further at the next race. We only have a few days to go till Hungary where I have usually gone well in the other formulae, but this is Formula 1, so we will have to wait and see.”