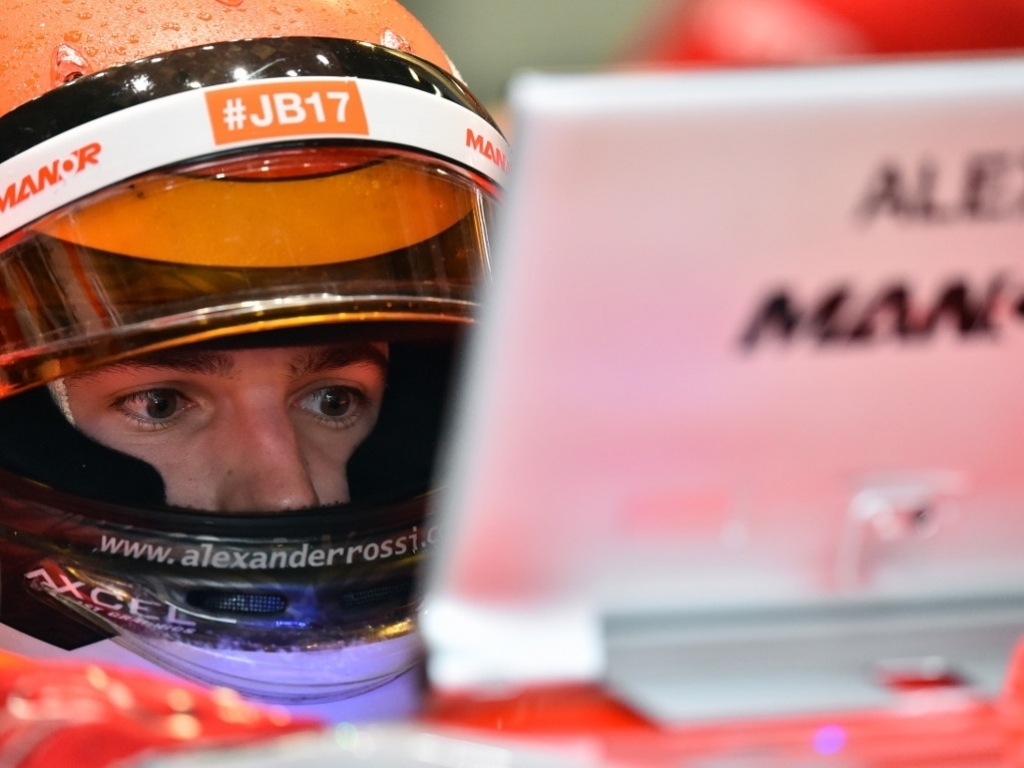 Both Williams cars were forced to retire while Alexander Rossi finished an impressive P12 at his home grand prix.

Sauber
Felipe Nasr: “It’s been an eventful race. At least we scored two points in our 400th Grand Prix. I had a difficult beginning with front wing damage and what was a too early tyre change to slicks. I had to pit again one lap later to change back to intermediate tyres. From that moment on my race started. At the end of the race I was able to take a few positions by managing my tyres better than my competitors, and so finished in the points.”

Marcus Ericsson: “I had a good start. In turn 1 there was a car in front of me spinning, but I am glad I managed to avoid driving into it. I had to go off the track, so I lost some positions. After that I got into the rhythm and was able to overtake a few cars. The pace we had on the intermediates on the drying track was more competitive compared to all the sessions throughout the weekend. On soft tyres I was struggling a bit to get them to work. Then I had to stop the car on track, which was unfortunately due to an electrical failure. It was a big disappointment, as I think it was possible to have scored some points today.”

Red Bull
Daniel Ricciardo: “The beginning was really fun between both Mercs and both Red Bulls. It was a good four-way battle. To see the Mercs not getting away from us was awesome. I was enjoying that. In the lead we were quite quick for a few laps and it felt like old times. That obviously didn’t last long and once we put the slicks on we just didn’t have the pace. We struggled with the warm up with the tyres and also struggled a lot with braking today. It was so tricky in the dry and then obviously there were the collisions with Hulkenberg and Carlos. It went downhill from then on. Even though we were on slicks it was never really dry out there. The kerbs were slippery and there was still a bit of a puddle through Turns 9 and 10, so it was definitely tricky. Dany spun off just in front of me on to the astroturf and into the wall.  It was a crazy race and I hope the fans enjoyed it as it was quite action packed. Lewis definitely deserves the title. This year he was clearly on top of the rest so congrats and hats off to him for being the 2015 champion.”

Daniil Kvyat: “The opening laps were mega, it was very enjoyable and it was nice fighting, but then the track dried out. If it was a wet race I felt it could have been a victory today. It’s easy to say that, but there’s no point really, because once it dried out we were an easy target for everyone, which was a bit frustrating. We weren’t able to be as competitive in the dry as in the wet so we’ll have to have a look at that. In the dry, I was driving a bit over my limit when I crashed, I put the wheels on the artificial grass, tried to carry a bit more speed but it didn’t work out and I’m disappointed with myself. Finally, congratulations and well done to Lewis on winning the Drivers’ championship, he’s done a really good job this year.”

Manor
Alexander Rossi: “It’s been a truly amazing week and to finish in 12th place today is incredibly exciting for me and the team. I’m so proud to race well here in front of my home crowd and to equal the team’s best performance of the season in only my third Grand Prix. The race did get off to a tricky start, which was a shame. There was a Williams driver in the mix, who had picked up some damage, and avoiding him put Will and me on the same piece of racetrack. Unfortunately we hit and I’m sorry for Will that the resulting damage ended his race. As for the positives, I had a good battle with Nasr for quite a few laps and then with the rate of attrition we were seeing, I think everyone perhaps started to feel that we were getting in touch with a points-scoring position. In the end, it wasn’t to be, but that doesn’t detract from what has been a fantastic day for me and I’m now looking to carry that momentum forward to Mexico, where we race in just a week’s time. I’d like to thank the Team and everyone who continues to support me in my career. I hope this is just the start of great things in Formula 1 for me.”

Will Stevens: “I’m pretty devastated that I didn’t get the chance to race today. I made a really strong start – as I have been doing in the past three or four races in particular – and I was able to get past Alex into the first corner. Then ‘boom’, my race was run when I got hit from behind and the damage was too severe to continue. It is what it is, but I was hoping for good things today when we finally had a dry track to work with. There’s no point in dwelling on it and I’m already looking ahead to Mexico.”

Williams
Felipe Massa: “It was a disappointing race. The first corner was very difficult with many things happening. I was involved in an accident which damaged the right side of my car. I carried on and was catching the cars in front but we had a problem with the damper, on both cars actually, so we had to stop. It’s not a nice weekend for all of us, so we need to concentrate on the next one.”

Valtteri Bottas: “It’s just not my day. I think that really sums it up. Two technical failures in the same day and it was the suspension failure that ended my race. The race didn’t start that well, there was damage to my front wing after lap one so I had to pit for that. We had to make a call to go to intermediates or risk the slicks. We tried the slicks, which was guided by me, I thought it could be possible. But it was the wrong call and we lost a lot of time there. In the end none of that matters because of the technical failure so there was no possibility for a result today, unfortunately.”