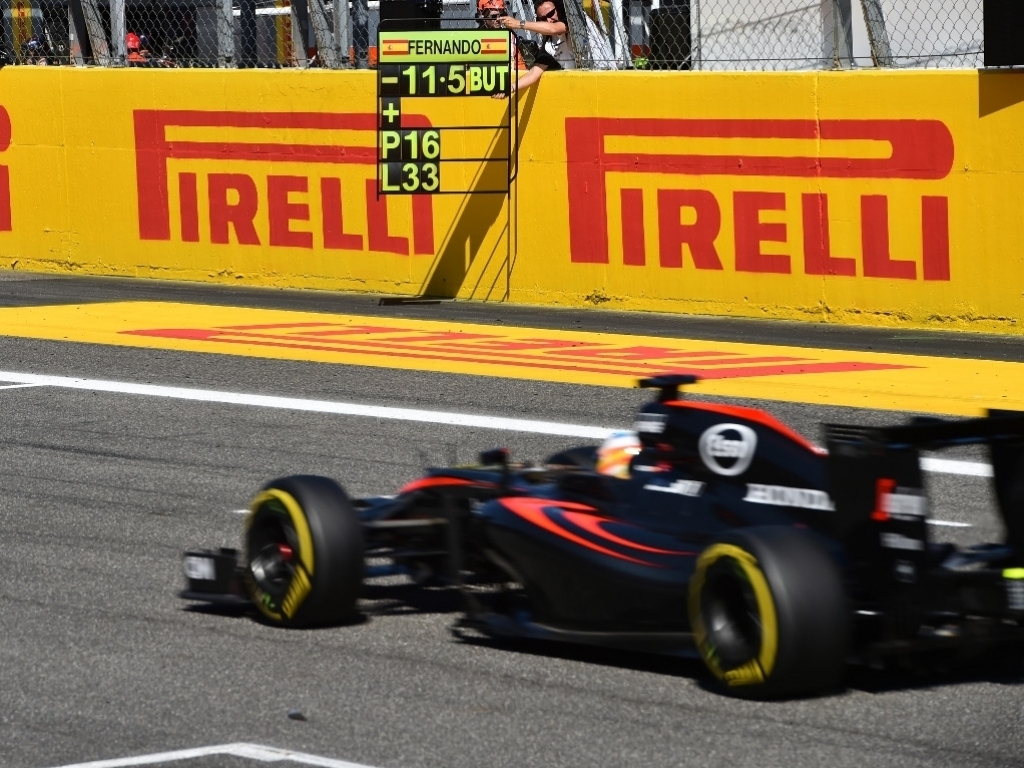 After their podium at Spa, Lotus suffered a double retirement on the opening few laps while Toro Rosso also failed to score points.

Toro Rosso
Carlos Sainz: "I’m pretty happy with today’s race, especially with our pace. We were quick, and towards the end of the race I was getting closer and closer to the ones ahead and, even though I didn’t manage to catch them, it felt good to know that we were faster. It’s a shame we didn’t get that final point that I think we deserved, but the five-second penalty I had to complete at the beginning of the race wasn’t ideal. There are many positives to take from today: we finally finished a race after four retirements in a row, something I really needed, and enjoyed some good fights!"

Max Verstappen: "I couldn’t do much today because the drive-through at the start of the race put me on the back-foot, but I think we can be happy with the car’s pace, it was really good! Hopefully we have more luck in the next qualifying and start higher up on the grid in Singapore. It wasn’t one of the easiest races, but I enjoyed some more good overtaking moves and I’m happy with that. I’m sure that if we hadn’t started from last in the race we would’ve finished in the points today. We can be pleased and I now look forward to Singapore, where I’m sure we will be competitive."

McLaren
Jenson Button: "I had a good start, and took some cars into Turn One. The whole first lap was good – there were a lot of incidents, and I think I got up into ninth. Then, unfortunately, I just waited for the other cars to come by. It was a bit difficult out there, because the other drivers were overtaking me in places that I didn’t previously think were possible, so I had to look in my mirrors on the entry to every corner. At the end, I missed out on a good race with my team-mate. We’d already had a good little fight for three laps, and there were six to go when he retired. I think it would’ve been a good fight between us – it’s easy for other cars to overtake us, but it’s not easy for us to overtake each other, so it would’ve been quite fun."

Fernando Alonso: "I got a good start today, then a couple of cars made contact at the first corner, which slowed me down. Then, at the second chicane, I came close to Jenson and eventually lost all the advantage I’d gained. Jenson and I were on two different tyre strategies, to try to cover all possible opportunities. I was on the Prime, which was one second slower than the Option, so I had a slower first stint, but then I was a bit quicker in the second.  In the final laps, I felt a loss of power and was told to retire the car, so as not to cause further damage. We were outside the points anyway, so it was a wise decision."

Manor
Will Stevens: "That was a good race. The car was well-balanced, we had good pace and for the first few laps I could enjoy some proper racing with the cars coming from behind us. Inevitably, things settled down a bit after that but we were able to push hard and maintain the momentum. I was very comfortable this weekend and feel like things are going my way again, so now I’m really looking forward to the long-hauls."

Roberto Merhi: "It’s been a more difficult weekend for me, so I have to be pleased with what is a good result overall for the team. The last few races have been much better for me, but not everything goes your way all of the time, so I’ll take away the positives and keep pushing for the flyaway rounds, starting with Singapore, which I’m really looking forward to."

Lotus
Pastor Maldonado: "It’s been a tough weekend and this is racing sometimes. We keep united and keep pushing as there are still seven Grands Prix to go so time to recover and keep fighting. I had contact in turn one where the Force India came into the side of me and took out my front-right suspension and that was the end of my race. We were looking for a strong finish and we had potential for that. Everyone knows that turn one at Monza can be tough and that’s what we saw today."

Romain Grosjean: "We had the potential of a good race ahead of us. I made a strong start but got hit by a car from behind in turn one which broke my rear suspension so that was it for us. It was a too optimistic move from Nasr who hit me which meant my race was over. It’s been a tough weekend but everyone has made the most of the opportunities we have and the spirit of the team and the support from the F1 world has been amazing. The E23 still feels good so we head to the next races optimistic of more good results to come."