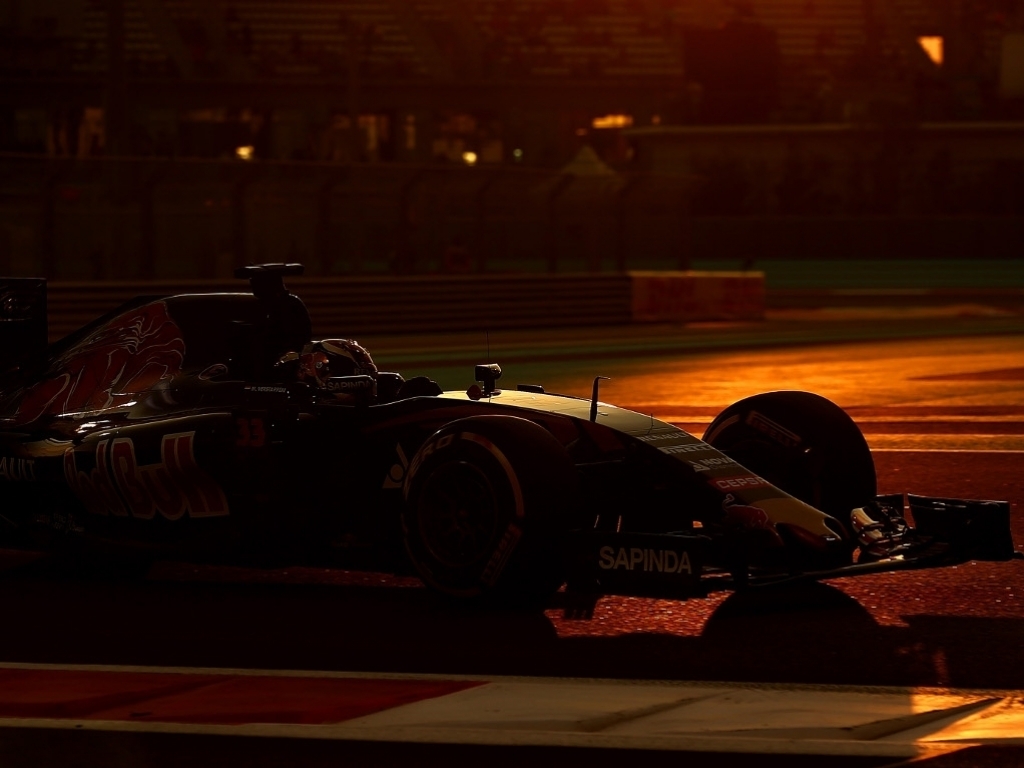 No points for Toro Rosso in the final race of teh season while it was another frustrating day for Fernando Alonso.

Toro Rosso
Carlos Sainz: “I’d say it’s been a good day and a positive weekend overall after a very tough start. I’m pleased because we managed to overcome all the problems we had on Friday and we put a very good race together to finish in P11 – I think it was the maximum we could do today. It shows that when we don’t suffer any problems we can be there. My rookie season ends with a positive feeling because I think we’ve had a good year and overall I’ve definitely learned a lot every race, become a better driver and this will make me stronger. I’d also like to thank the whole team for all their hard work during this year, it’s been great!”

Max Verstappen:“It wasn’t my day today. The pace was good, especially at the beginning, but it’s a shame that I locked-up my tyres into Turn 8 and therefore had to do an extra stop. From there on, my whole race was compromised and I knew it was going to be difficult to end up in the points. At least I enjoyed some last overtakes! It’s been a great season overall, I’ve really enjoyed my rookie season and I think we delivered some strong performances. This team has become already like a second family and I’d like to thank everyone here and at the factory in Faenza and Bicester.”

McLaren
Jenson Button: “That was probably my best race of the year. At my first pit-stop, I saw that Valtteri was going to get released – which his team shouldn’t really have done, as I was pulling into the pit-box – and I braced myself for the hit. It disrupted my stop and unsettled the boys quite a bit – the worst outcome for me was that I fell out of the DRS zone I’d been chasing to stay within all race. That has been our game-plan all year, and I lost time because of that. I’m happy with all we did today. I had to save fuel for the whole race, which hurt us and made things difficult, but I was still having fun out there. You wouldn’t think I’d have been able to keep a Williams-Mercedes behind for so long in the closing laps, because it was so much quicker in a straight line, but we could. That was a surprise, but a real positive to take away from today. I’m already looking forward to next year – we just need to keep pushing.”

Fernando Alonso: “This has been a tough and unlucky weekend: I had the puncture in Q1 yesterday, then I had no control at the start today, which pushed me into Pastor. That was it for me: there were no battles in the race, and I was pretty much alone. The race became more of a test session for me – hopefully we got some useful information for the winter, but I still had to save tyres and fuel. During the race, I told my engineers, ‘Guys, let’s try to push’, as we wanted to test the Supersoft tyre on low fuel, and everything worked fine. My preparations for 2016 start almost immediately: I have a seat-fit and simulator tests at the MTC next week. I’m optimistic that we can make good progress.”

Sauber
Marcus Ericsson: “It was a decent race after what was overall a difficult weekend. We tried a different strategy, but we were struggling to keep up with the midfield to fight for points. In terms of performance, we got the maximum out of what we had today. Of course, the result is disappointing. My first season with the Sauber F1 Team is finished – it has been a pleasure. First of all, I want to thank everyone, both at the track and also back at the factory, for their hard work. I have got to know a lot of great people. I have learned a lot during the year, and I am very happy to be staying for next season. I am confident we can keep pushing and make some steps forward next year.”

Felipe Nasr: “I was unlucky with my start to the race. I was in the sandwich between two cars, which caused damage to my front wing. Because of this, I had to make an early pit stop, which cost time. After that, it was all about catching up with the drivers in front of me. Finishing in this position was not the way we wanted to end the season. However, overall it’s been a good season for me. I am pleased we were able to keep the eighth position in the constructors’ championship, as well as holding onto my 13th in the drivers’ championship. It shows that everyone in the team put a lot of effort into this season throughout the year. I want to thank everyone for the dedicated work. Now we will focus on 2016.”

Manor
Will Stevens: “I’m really pleased to end my debut season on a positive note with yet another two-car finish. It was also the best possible reward for the team – both here in Abu Dhabi and back at the factory – at the end of a long hard season. I’ve been feeling really comfortable in the car all weekend and thankfully I was able to carry that confidence through to the race today. On the whole, I’m pretty satisfied with how things have gone for me in my debut season. I gave it everything I have and I definitely feel like I’m just getting started, so fingers crossed this is just the beginning. I would like to thank everyone in the team for their support, but in particular John and Graeme, who we say goodbye to here today.”

Roberto Merhi: “A disappointing race for me today and not the finish to the season I was hoping for. We started from the pit lane after a mechanical set-up change during parc ferme conditions, so that made everything much more difficult for us. Then on the first stint I flat-spotted my tyres, but we’ve struggled with the brakes all weekend here. Nonetheless, I have a lot of positives from my debut F1 season to reflect on, including our best race result of the season – P12 at Silverstone. I would like to thank the whole team, not only for this opportunity but for the hard work throughout the season. We’ve had some difficult times, but I am very proud of us. My thanks also to John and Graeme and I wish them well for the future. I am sure we have not seen the last of them!”