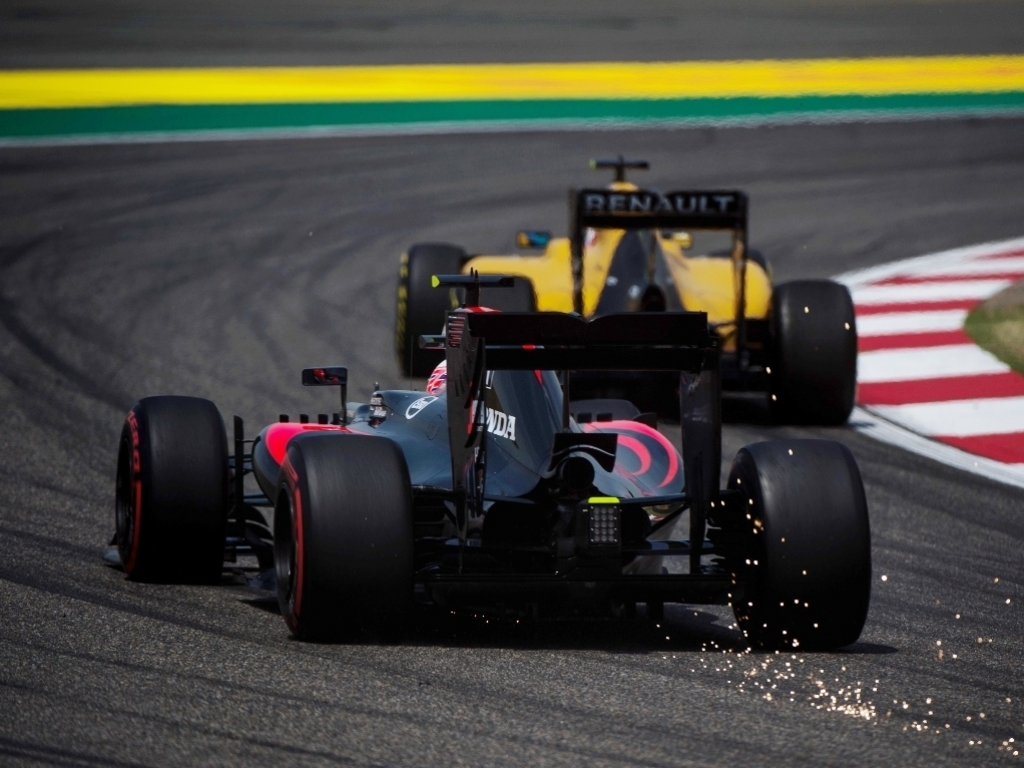 Toro Rosso:
Max Verstappen: “A race full of action! At the start, I had a good first reaction but then I wasn’t able to keep my position unfortunately. From then on it was very tricky, and the Safety Car didn’t help as I lost even more ground with our double pit-stop, which meant I was at the back of the pack… But I stayed calm, overtook the rivals one by one and in the end, to cross the line in eighth position is something that if someone had told me at the beginning of the race I wouldn’t have believed! I also think the team did a great job strategy wise, we were able to charge through the field and score some more points.”

Carlos Sainz: “What an eventful and exciting race! There was plenty of action and I enjoyed it out there today – we had fights with Ferrari, Mercedes, Red Bull, which are the battles we want to be having. A P9 in the end aren’t that many points, but it’s good to finish with both cars in the top 10 and keep adding to our tally. Maybe we could’ve finished a bit higher up, but we lost a lot of time behind Force India in the pit-lane during the first pit-stop… Overall, it was good fun out there today, we were able to do a lot of overtakes and our pace was decent. I’m now looking forward to our next race in Russia in two weeks’ time!”

Force India
Sergio Perez: “Today things didn’t go our way and the timing of the safety car didn’t help me. The start of the race was really good and things looked very promising. I was up in third place when the safety car came out and we had no option but to pit, which dropped me back into the pack. I had to fight hard because the cars around me were on different tyres and there were some quick cars recovering as well. All of this took a lot of the life from my tyres. There were some entertaining battles during the race and we put up a good fight, but the points finish slipped away in the final part of the race. I think we chose the right strategy and made good choices, but the race didn’t go our way. It’s also clear that we need to keep doing our homework to come back stronger for the next few races.”

Nico Hulkenberg:  “It was a frustrating race in the end, even though the start and the first few laps were great. As the lights went out, I rocketed from P13 up to fifth place, picking up one place after the other. The safety car threw all this good work out the window because I had to stack in the pits behind Checo and dropped right down the order. The dirty air affected us, we had some faster cars coming through and this destroyed my tyres. In fact, tyre degradation was the main story of the day and we appeared to suffer more than some others, which is why I went backwards in the second half of the race. The time penalty was an added blow, but in the end it didn’t make a huge difference to my result: the rules say you shouldn’t slow down coming in, but in the heat of racing it’s hard to gauge if that is giving you an advantage. Ultimately, we didn’t have the pace to get back into the points: it’s something we have to work on and do better in the coming races.”

McLaren:
Fernando Alonso: “Today wasn’t easy. We didn’t quite have the pace to record a good result and finish in the points. We chose a two-stop strategy and tried to benefit from that, but the early Safety Car didn’t help us, and our race didn’t really work out as planned after that. That’s the way it is, but it’s a shame. We need to look in detail at the areas in which we need to improve – we ran among a lot of different cars this afternoon, so we should have some useful reference points from which to gauge our respective strengths and weaknesses. On a positive note, today’s race was the first proper long run I’ve completed in this year’s car – I didn’t ever finish a 50-lap stint during testing, and I retired early in Melbourne because of the accident. There’s a long way to go, but we’ll keep improving. I’m already looking forward to the next race.”

Jenson Button: “My start was good: I made up a lot of places and was able to take the battle to the other cars. Our pace on the Option tyre during the first stint was also pretty good – it was fun racing the quicker cars. When the Safety Car came out, there was mayhem in the pit-lane because Nico [Hulkenberg] was trying to slow everyone down to help his team-mate. After that stop, we seemed to be sitting in a strong position, but we were running the Medium compound, and we just seemed to stand still compared with the others. We tried to do a two-stopper – which didn’t work out – so then we decided to fit the Option for the final stint. Given our position just outside the points, we thought we might as well give it a go. Perhaps fitting the Option at the end was the wrong choice – I could have stayed out until the end on the Medium, but I decided to have some fun by fitting softer [ie, faster] rubber – but it just couldn’t make its performance last to the end. Still, as I say, it was worth having a crack at it.”