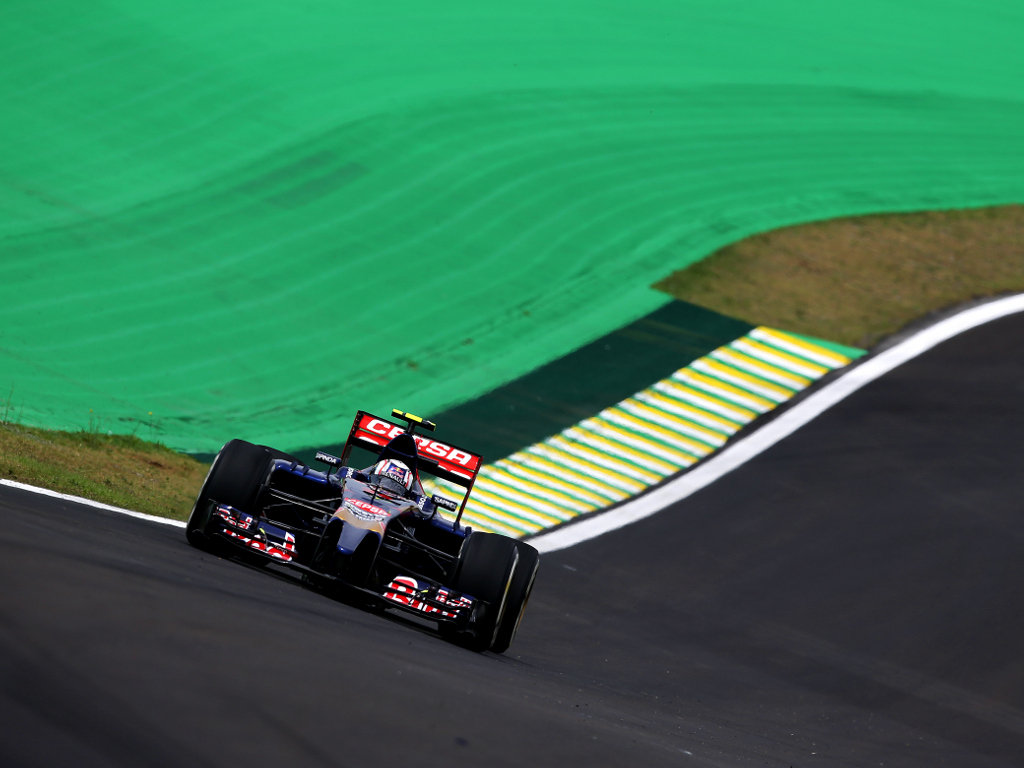 None of Toro Rosso, Lotus and Sauber managed to score a single World Championship point in Sunday’s Brazilian GP…

Toro Rosso:
Daniil Kvyat: “A tough race, but starting from the 17th position on the grid and ending up 11th was the highest result we could achieve today. I really did my best but unfortunately the Mercedes powered cars were a lot quicker than us on the straights and we couldn’t do anything more than this. We have tried hard to fight for 10th position but we just weren’t fast enough. Me and the whole team gave the maximum and I hope that all our efforts will be repaid in Abu Dhabi, for our last race.”

Jean-Eric Vergne: “It was a little bit painful today. I spent almost the whole race in traffic behind Perez and I was slower than him, so even with the DRS open on the straight it was not possible to overtake him. This made me lose a lot of time and from then on my race was over. There was no way to score points today. It was a tough weekend but it’s already behind my back. We have to move forward, the race in Abu Dhabi will be very important for us. We have to take the positive and the negative, turn the page and get ready for the last round of the season.”

Lotus F1:
Romain Grosjean: “The start of the race was good and we were able to run high up in the field quite quickly. We had to switch from a two-stop to a three-stop strategy half way through the race however and that came with some challenges. A lot of work was done to improve the car’s performance this weekend so it’s hard not to be able to finish. We’ll be looking into what happened and make sure we’re ready to make the most of the double points on offer for the next race.”

Pastor Maldonado: “It was a tough race. We had to switch from a two-stop to a three-stop strategy due to high tyre wear which meant our race was compromised. My start wasn’t great but we managed to be a lot more competitive towards the end of the race and were aiming for points. I tried my best and was hoping to overtake Valtteri Bottas but it wasn’t possible in the end. We’ll be pushing hard in Abu Dhabi, that’s for sure.”

Sauber:
Esteban Gutierrez: “We fought all the way through the race, and it was looking good until half distance. When I tried to fight with a car in front of me I lost a lot of grip and the tyres quickly started to overheat. It was very difficult to cope with the tyre grip. There is one more race, and we have to keep pushing in order to accomplish our objective to score points.”

Adrian Sutil: “It was an uneventful race for me. I had to start from the pit lane due to a problem with the cooling configuration. It is a pity, as we quite often have problems. As a driver you give your best in qualifying, but then you have to start the race from the last position. In addition, there was an incident during my first pit stop, which cost me some time. It is frustrating, but we did our best today.”