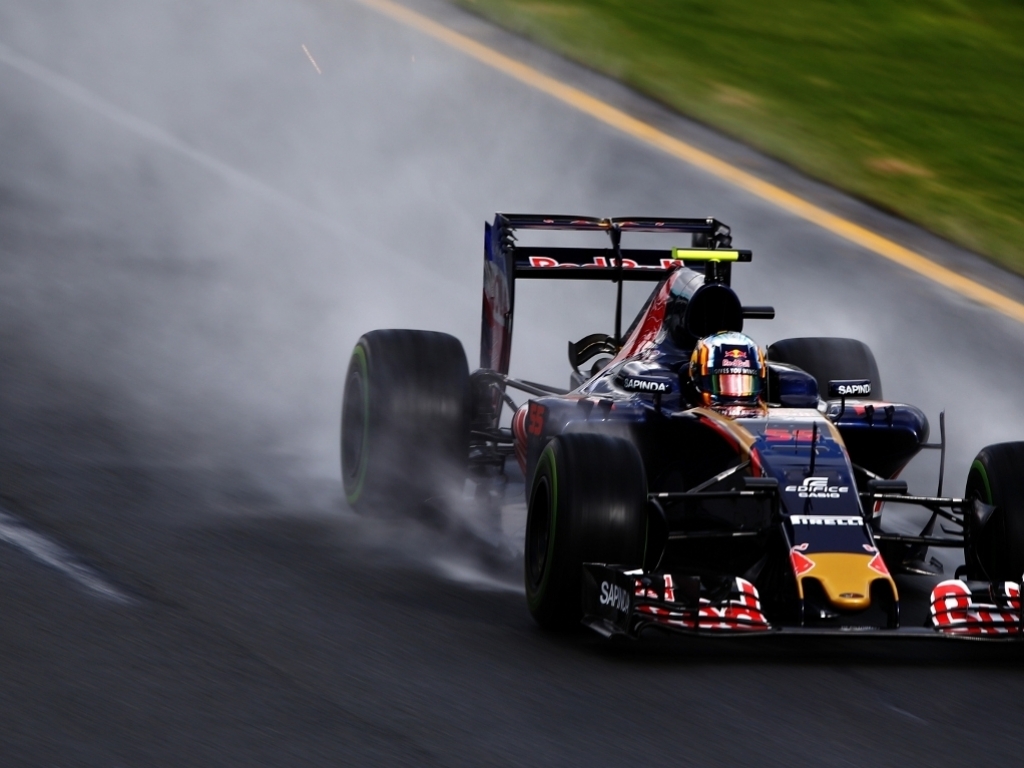 Impressive performance by the two Toro Rosso’s in Melbourne despite battling with one another, Fernando Alonso lucky to walk away from nasty accident…

Carlos Sainz: “I’m not entirely happy with today’s result because I think we could’ve scored more points with the car we have, but I did everything I could to finish as high up as possible… To finish in P9 is frustrating. The race was a bit of a chaos, so it was difficult to get it all right. After the red flag things got interesting and even though it’s not the easiest of tracks to overtake, I was able to do some good moves – some of them were quite tough! I did my race and I think we put on a good show. I enjoyed it out there but I think we deserved to end up higher up instead of going backwards after qualifying in P7 yesterday.”

Max Verstappen: “Quite a frustrating afternoon. We had a great start to the race and were able to keep the Mercedes behind. The first pit-stop was also good. We had great pace and I didn’t have pressure from behind, but after the red flag we had a bit of a miscommunication for the second stop and it got very difficult. We have a fantastic car and to finish P10 here is not where we should be. I’m very disappointed as this was a great opportunity for us to get a very good result. Now we just need to focus on the next race and try and score more points than today.”

Renault:
Jolyon Palmer: “I think the team has done an incredible job this weekend to qualify in Q2 and then finishing the race in eleventh and twelfth; it’s the maximum we could expect to achieve. It’s a good start, we were so close to scoring points, and we can move forward from here. The race itself was busy but good fun; I absolutely loved being wheel to wheel again after a year out of racing. It was great to be back in the fray and it all went pretty smoothly for me. Happy days.”

Kevin Magnussen: “We have a really good car; the pace is strong, as is the baseline set-up. It’s something we can continue to work from and evolve to gain more performance. Today was pretty tough at the start as I was really gutted about the puncture. I don’t think I had any contact so it was really unfortunate. You never want to see a red flag incident, and it’s a positive statement that Fernando could walk away from that dramatic crash, but the restart did benefit us. Our pace after the restart was very promising so I’m excited for the next races.”

Jenson Button: “I’m really glad Fernando was able to walk away from that accident – I’m sure he’ll remember that one for a few weeks. It’s amazing how far these cars can be catapulted when they touch tyres; under braking, it can all happen very quickly when it goes wrong. But the fact that his car survived shows how far the sport has come in terms of safety. My car wasn’t too bad, but I think we made some imperfect strategic calls this afternoon. Also, the red flag hurt us because we’d already made our first stop. Then, after the restart, we ran the Supersoft – which lasted about 10 laps – and then fitted the Back-Up, which everyone else had been on since the restart. Around here, you can catch up but you can’t easily overtake, so we ended up at the back of the queue after making our stop.”

Fernando Alonso: “I’m thankful I’m alive and that nothing serious happened – it was a big shunt. A combination of factors caused Esteban [Gutierrez] and me to end up crashing. I was in the car flying and bouncing around – I could see the sky, then the ground, then the sky again. Then, when the car landed, I saw a little gap and I got out quickly to make sure that my mum, who was watching the race on TV at home, could see that I was okay! It was a racing incident – I’m very happy we’re both fine, which is the most important thing. But, soon afterwards, my thoughts switched to frustration and disappointment, because we missed an opportunity to get some points in the first race of the season, and we probably lost a power unit too because the car is more or less completely destroyed. We risk our lives every time we get in a Formula 1 car: these things happen, but I’m extremely happy to be okay. The reason I’m still alive is probably thanks to all the fantastic work the FIA has done over the past 10 or 15 years to improve safety, work they continue to do. And I’m also grateful to everyone at McLaren, who built me such a strong and safe car.”