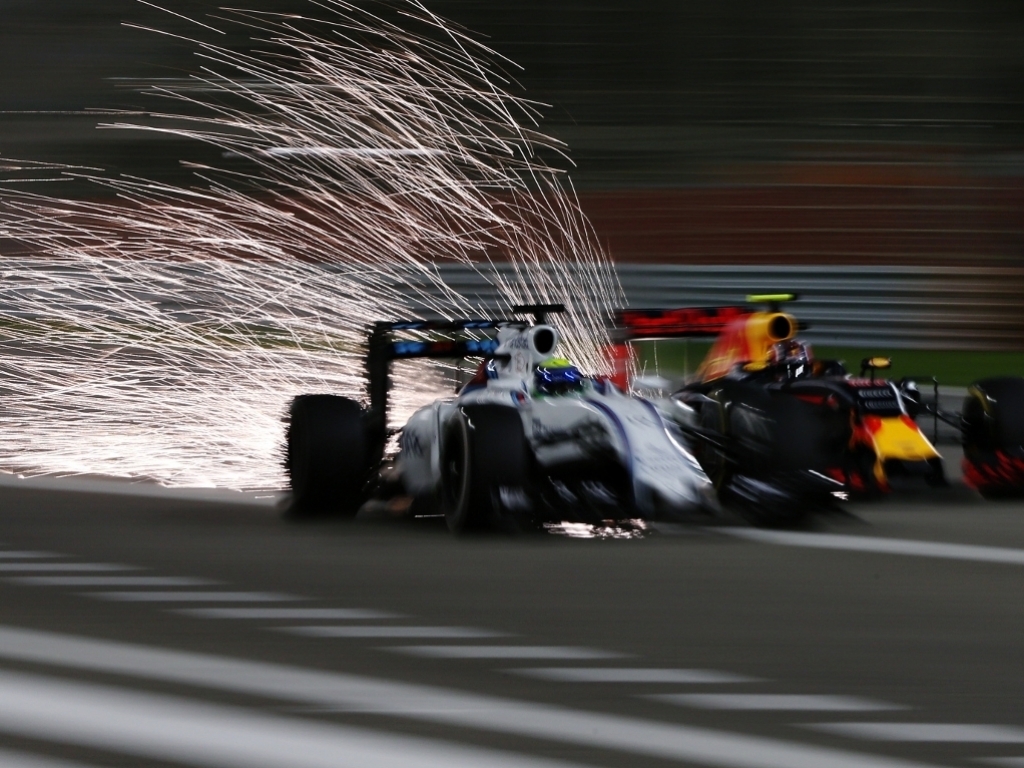 Great drive from McLaren debutant Stoffel Vandoorne as he scores the first points for the team this season, Toro Rosso also scored their first points in Bahrain…

Toro Rosso:
Max Verstappen: “I’m very happy with today’s result! I think we bounced back very strongly from the first weekend and the whole team did a fantastic job – a great strategy, good pit-stops… It all worked out perfectly, including our tyre management. The car was just doing what it had to do and felt good, we had great pace! It was an action-packed race and I really enjoyed it out there. To finish P6 is a fantastic way to finish the weekend and I’d like to thank the whole team for their excellent work. Also, this is the first time ever that the team scores points here in Bahrain, so I’m very happy to have changed this statistic – as I said before coming here, that was one of my objectives!”

Carlos Sainz: “What a shame to have had to retire. It was looking like a race where we could’ve certainly scored points, and it all just ended in a first-lap accident. We had a very good start to the race – obviously everyone in front of us was on the Super Soft tyre while we started on Softs, but we still managed to gain a few places, so that was good. We were fighting and I was defending from a McLaren and Checo Perez, who suddenly arrived from behind and hit me, causing a puncture. From that point onwards my race was completely lost, as I was a lap down after my first pit-stop. Now we just need to put this behind us and look forward to the next race in China in two weeks’ time, where we will come back stronger – we know that we have a good car and we can be fast.”

Williams:
Felipe Massa: “I had such a great start, going from seventh to second, but unfortunately the two-stop strategy didn’t work as expected and our pace on the medium tyre was not very good. This allowed others on softer tyres to get ahead and stay there. We started the weekend expecting more so it’s been a disappointing result, but hopefully we can learn from this weekend and have a better result in China. ”

Valterri Bottas: “I was expecting more from today and finishing ninth is a bit disappointing. I had a mega start, but unfortunately collided with Lewis in turn one which was a shame as it cost us both positions. The drive-through penalty then compromised our strategy a bit so it was always going to be difficult after that. I also damaged my front wing in that collision with a big piece missing which didn’t help our pace. The first two races of the season haven’t been great for us but we’re keeping upbeat and head to the next race hoping to make up for it.”

McLaren:
Stoffel Vandoorne: “This result was more or less what I expected – I maximised the opportunity and I’m quite satisfied. The start was a little bit difficult. There was debris left and right – it was pretty hectic in fact – and there was a lot of fighting throughout that opening lap. Since the beginning of the weekend, I’ve felt very confident in the car, and pretty comfortable that I could do a good job. I’m pleased that I didn’t make any mistakes operationally – I was really focusing on that side of things – and I came away with a point, which was a nice bonus. This weekend was a big opportunity for me: I made the most of it, I showed what I’m capable of, and now I just need to wait and see what happens next. That’s not for me to decide – so let’s see what the future brings.”

Jenson Button: “We made some real progress with the car this weekend. Qualifying didn’t go fully to plan, but the pace was there – it’s just been a tough weekend because I think we could have scored a good amount of points. Still, I think we can take away some positives in terms of our outright pace. In the race I had a loss of power and then the car stopped. We don’t know yet exactly what the problem was – the car just cut out. I initially felt it out of Turn Two, and I eventually stopped at Turn 10. It’s a pity; I got a really good start, and made up lots of places, overtaking three cars at Turn 10 under braking, so I was pretty chuffed with that. So it’s a real shame, as I say: before I stopped, I was saving a lot of fuel, my tyres were in good condition, and I was just cruising behind the cars in front. We were going to try something a little bit different with the strategy; the cars we were sat behind finished fifth and sixth, and I felt like we could have had a good fight with them. Stoffel has done a solid job this weekend, getting our first point of the year. We were both helped out by the incidents on track, but, all said, he’s done a good job as I say.”