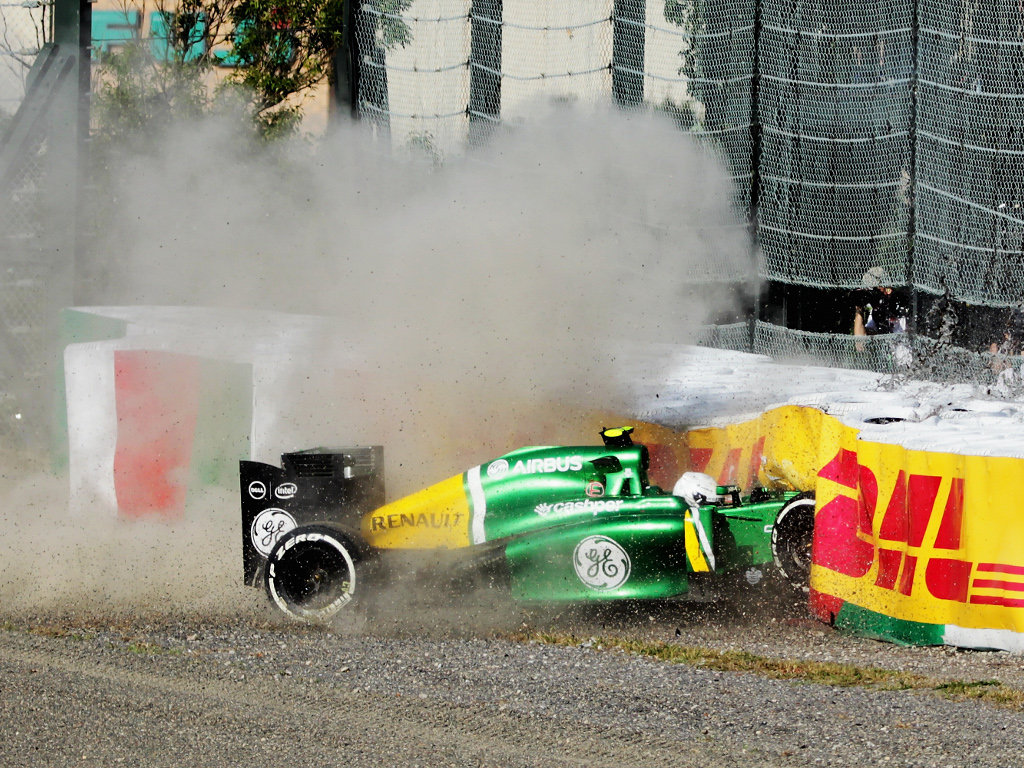 Williams:
Pastor Maldonado: “It was pleasing to be able to make a move on the last lap to gain a position over my teammate. I felt we got the strategy slightly wrong today and we were struggling with the pace a bit, but we did manage to get 100% out of the car.”

Valtteri Bottas: “At the beginning of the race we didn’t look too bad and managed to keep some cars behind us. At the end of the second stint and into the third stint our pace seemed to drop off and we weren’t able to keep our positions. As the tyres wore out at the end we did struggle a bit, so unfortunately we couldn’t fight anymore.”

Caterham:
Charles Pic: “I had a good start but we’d already decided to serve the drive-through penalty at the end of lap one to get it out of the way and I was playing catch up from there. My target from there was to pass Chilton and I finished almost 20 seconds clear of him so that’s about as much as we could have hoped for today. I was on a set of hards for the first stint and they held up ok, they felt pretty good and I was given the all-clear to push quite early on so aimed to cut the gap as much as I could. We stopped for the first time on lap 17 and did the second stint on new options and my pace was good on them, right up until the second stop on lap 35. The final stint was on another set of hards and I came out around 11 seconds behind the Marussia so pushed as hard as I could and had the gap down to eight seconds with 11 laps left. I was gaining on him at about a second a lap and with five laps left I got him and pulled away, finally finishing 18th. I have to say I’m pretty happy about that, bearing in mind the time I lost on the first lap but I just kept pushing. I think it’s a fair result today for the work the whole team put in, and one that shows we never stop fighting.”

Giedo van der Garde: “My start was ok but going into turn one I was squeezed between both the Marussia cars and had nowhere to go. I lost my front wing in contact with Bianchi and then the car went straight off and into the wall. It was quite a heavy impact but I’m ok. Obviously that’s disappointing, but it was a racing incident and sometimes these things happen so now we’ll move on to India and push for a better weekend there and for the rest of the season.”

Marussia:
Max Chilton: “Generally this has been a really positive weekend for me and one where we’ve made all the right moves. It was great to qualify ahead of my three nearest competitors for the first time yesterday and today I held position for most of the race, so it was pretty disappointing to lose out just a few laps from the end. I was happy with the way our race was panning out but on the prime tyre in the final stint I struggled a lot more and made a small mistake going onto the marbles, which caused me to go off. From then on, with those tyres, there was little I could do to recover. Although we lost out in the end, I think we have to focus on the positives. The car is a lot stronger and we are in a good place for the fight with the Caterhams.”

Jules Bianchi: “All in all I think this is a weekend that was destined not to come my way, which is a shame as I love the Suzuka Circuit. We did our best to fight back and I was very confident in the way we would approach the race. Unfortunately, as I turned into the first corner on the opening lap, van der Garde hit my rear wing which pushed me off track and into the gravel. Nothing more to say really, except my thanks to the Team for a lot of hard work this weekend. We’ll be back to do better in India I hope because there are good signs for the car performance.”