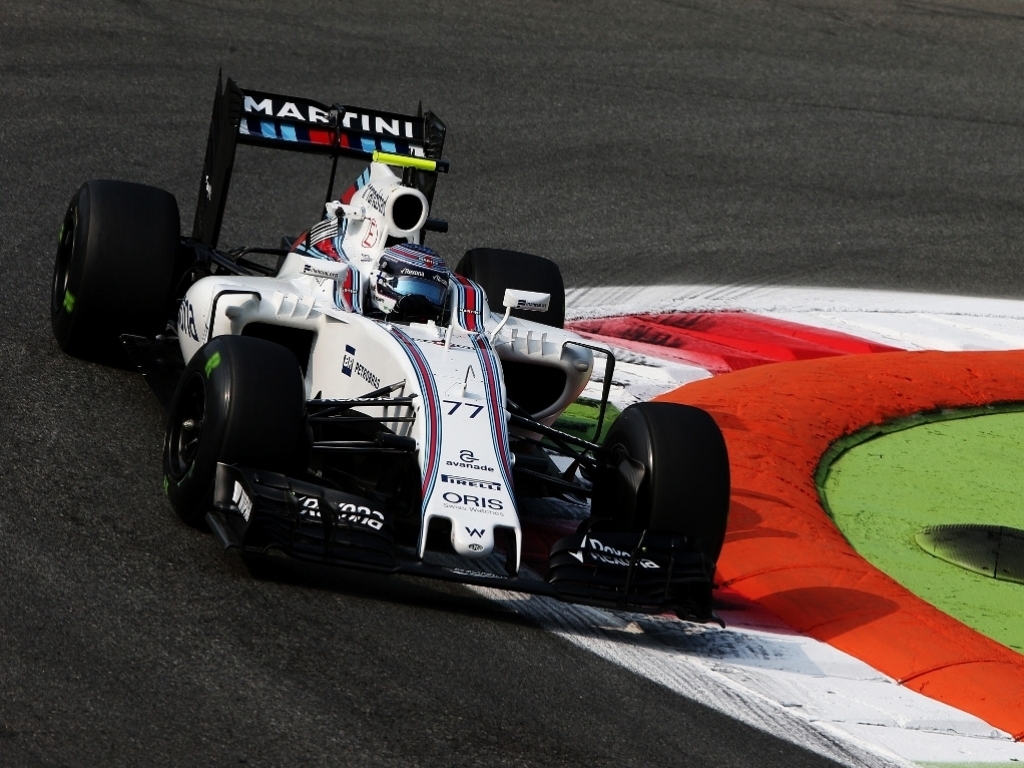 Williams driver Felipe Massa finished the race in the top ten in his last ever Italian Grand Prix, while Valtteri Bottas got overtaken by Daniel Ricciardo late in the GP.

Williams:
Valtteri Bottas: "I was personally expecting a bit more from today. I set myself a target of finishing on the podium, but we didn’t quite have the pace which meant that I had to push the tyre a little bit more in every stint just to secure my position on track. This meant that towards the end of the stint I was struggling a bit. The pure pace wasn’t there today, but overall we leave Monza with a positive result for the team, taking back fourth place in the Constructors’ Championship.This gives us a bit of confidence and shows that we can definitely keep hold of fourth if we keep doing the right things."

Felipe Massa: "I think it was a good race apart from the fact that we didn’t have the pace we expected to have with the option tyres. My race started after I changed on to the supersoft tyres and my pace was really good. If I could have got a bit more out of my tyres then it could have been better but I’m pleased that we managed to get enough points to take fourth place back in the Constructors’ Championship."

Force India:
Sergio Perez: “I didn’t really enjoy myself out there today: it was a fairly lonely race for most of it, but at least it gave me a chance to look after my tyres. I think we got the maximum result we could hope for because we didn’t have the pace to achieve more. We tried an aggressive strategy, with a very early second stop, to try and cover Verstappen, but it turned out to be too early and in the end we had a lot of pressure from Massa. It was very important to keep in front of him and bring home as many points as we possibly could. We always knew it would be a challenging race and it’s shown that we need to keep working hard. I think we can fight back strongly in Singapore because it’s a very different kind of circuit compared to Monza and we’ve performed well on street circuits so far this year.”

Nico Hulkenberg: “My initial start off the line was okay, but Max [Verstappen] in front of me really bogged down so I had to react and turn around him. That really hurt my traction and I lost all the drive going forward, which is why I lost a few positions. Later in the lap, I was side-by-side through turn four with Felipe [Massa] and was on the outside line for turn five. Felipe jumped over the kerb, gave me a little hit, and pushed me wide on the exit, allowing Fernando [Alonso] to get ahead. So it was not a great first lap. Then, in the first stint, it wasn’t easy to overtake and I was stuck behind Fernando until the first pit stop. The second half of the race was actually quite lonely for me, but the damage was done by losing so much ground on lap one. So I’m slightly disappointed with the outcome because I believed we would be more competitive here. We need to learn the lessons, understand where we can improve and come out much stronger in Singapore.”

Haas:
Romain Grosjean: “To be fair, I think we were just lacking a little bit of speed in the race to make the points. We tried a very aggressive one-stop strategy. I had a bit of graining on the softs in the first stint through those last few laps. That cost us a few seconds, but I don’t think I could have gotten the 12 seconds needed to get to P10 in the end. That was about the maximum today. We just need to learn what we can do better for the next race. I’m now looking ahead to Singapore. It’s one of the best races of the season.”

Esteban Gutierrez: “It was a very disappointing start to the race losing a lot of positions. It was very tough to recover, but I did my best. I struggled in the first stint with the overall pace, starting with the scrubbed tires from qualifying and fighting with people which were on new tires. It wasn’t very easy, but we kept ourselves together and pushed really hard to recover everything we could, but what we lost in the beginning was too much to get back to where we started. Now we’ll look ahead to Singapore and we’ll be focusing on that to come back stronger.”

McLaren:
Jenson Button: "There were a few mistakes on the first lap. I got a bad start, then, at the first Lesmo, one of the Saubers pushed me wide, then forced me off the circuit and into the gravel. I was last at the end of the first lap… After that, I couldn’t have wished for anything better: I had a lot of fun out there and pulled off some good overtaking moves, including one around the outside of Parabolica – something that doesn’t happen very often! I’m very happy with my performance. To come through and finish 12th isn’t great, but it wasn’t too bad considering the first lap. There’ll always be ifs and buts: if I hadn’t gone off on the first lap, I think we could have got into the points today. Singapore will definitely suit us better than here – this is our toughest circuit of the year, so to be that close to the top 10 wasn’t too bad, really.”

Fernando Alonso: "We didn’t do a perfect race today – we made some mistakes here and there, including having a problem in the first pit stop, when the green light didn’t work. We lost a little bit of time there which probably compromised the stint. We didn’t really have the pace to be in the points today, so finishing 11th or 14th didn’t really make much of a difference. But at least we finished the race on a positive note, by setting the fastest lap. We fitted new tyres for the last two laps and I just went out and maximised the grip. It doesn’t make for much difference – it’s only good for the stats – as we were basically never in the running for points today. This was a circuit where we always knew we wouldn’t be competitive, but I think good times are coming our way from now on, as most of the remaining tracks on the calendar should better suit our car.”