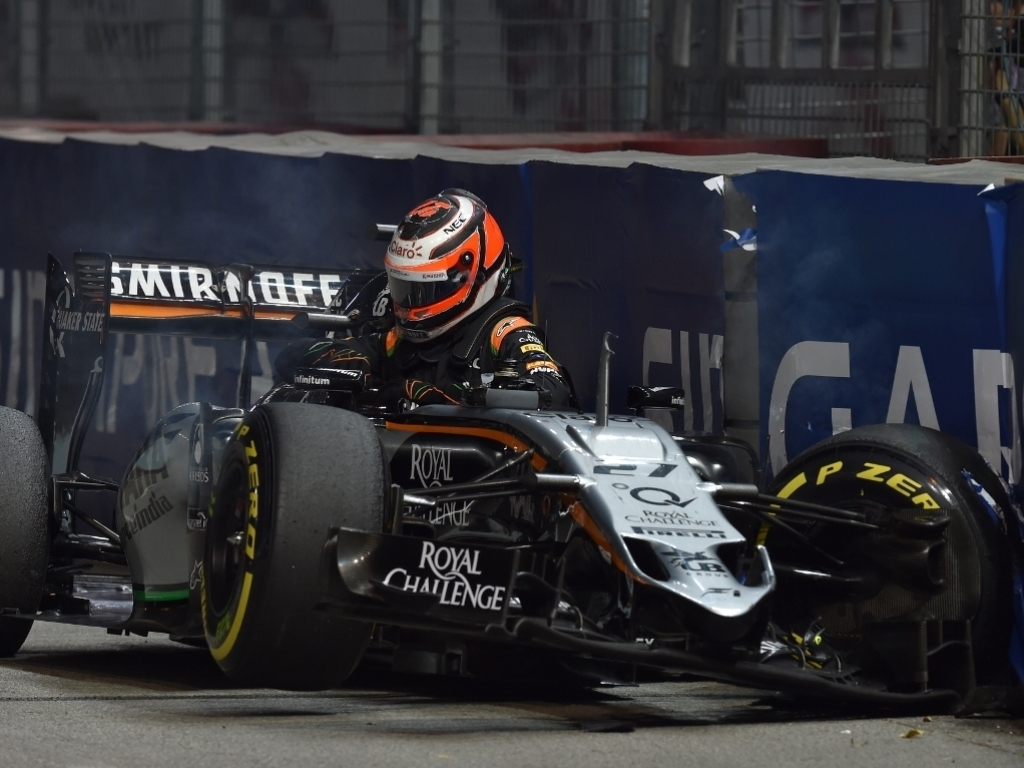 Both Toro Rosso cars finished in the points while there was a retirement for Felipe Massa in the second Williams car.

Williams
Valtteri Bottas: “It was a good race for me. The start was good, the pace was a little bit better than we expected. I could put a bit of pressure on the guys in front and undercut some people. The pit crew did an amazing job today under pressure. We did what we had to, got our heads down and took our opportunities. This was the maximum result today so I’m pleased.”

Felipe Massa: “It was a very unlucky race for me. My problems started with the collision I had with Hulkenberg after my first stop. I was braking for the corner and he turned his car in on mine, leaving me with nowhere to go, so we hit. This caused a slow puncture on my front-right tyre and the extra pitstop put me back many positions. I then had a gearbox problem. I was changing gears from 2nd to 3rd and was getting neutral. It seemed to resolve itself but it happened again and I had to retire the car. It was one of those races where things just weren’t going my way. We need to concentrate on recovering some of our lost points at the next race.”

Force India
Sergio Perez: “It’s a good feeling to end such a demanding race with seventh place and six points. The start was very important because I knew I had to get ahead of Fernando [Alonso] and I also jumped ahead of Romain [Grosjean]. After that I managed to keep up a good rhythm and I had new tyres immediately after the first safety car so I concentrated on looking after them and building a gap to the cars behind. The second safety car didn’t help us because it gave the Toro Rossos a big advantage with their fresh tyres. We knew they were catching us quickly and it was tough to stay ahead because my tyres were getting old and it wasn’t easy to keep the car away from the walls. So the last 15 laps of the race were very demanding but fortunately we could hold on for seventh.”

Nico Hulkenberg: “That’s a really frustrating way to end my race. I was feeling confident with the car; I had made my first stop and I was in good shape. The accident with Felipe [Massa] was very unlucky and I don’t understand why I’ve been given a penalty before there has even been the chance to discuss the incident in the stewards’ room. I saw Felipe coming out of the pit exit as I went through turn one, but I was ahead in turn three, I was on the racing line and I took the corner as usual. Then I felt the contact with my left rear and my race was over. In my view it was my corner and I’m surprised Felipe backed out of it much too late, locking up just before he hit me.”

Toro Rosso
Max Verstappen: “It was an amazing race, I enjoyed it a lot! After stalling at the start I thought it was over, as I was pushed to the pit-lane and then re-joined the race one lap behind… But I just kept on pushing and to finish P8 is just fantastic! My pace was great and once again I really enjoyed all the overtaking! I don’t think there was any reason for me to give up my position after going from being one lap behind to being back in the points, I think I deserved that P8.”

Carlos Sainz: “It was certainly an eventful race! I had a good start, some very good pace at the beginning and the strategy was looking great. Suddenly, during the restart of the race after the first Safety Car, my gearbox went into neutral and I found myself at the back of the field. Then I started to overtake and have a lot of fun, climbing back up to P9, behind Max, who was pushing Perez. After seeing him try to overtake him for 10 laps, I just thought maybe I could try during one lap, and if I hadn’t been able to I would’ve given the position back to Max. I just wanted my chance, but he decided not to give it to me. It’s something we need to talk about as a team, but overall I have to say that I’m very happy to have finished in the points again! Let’s keep on pushing, the next race in Japan is only seven days away!”