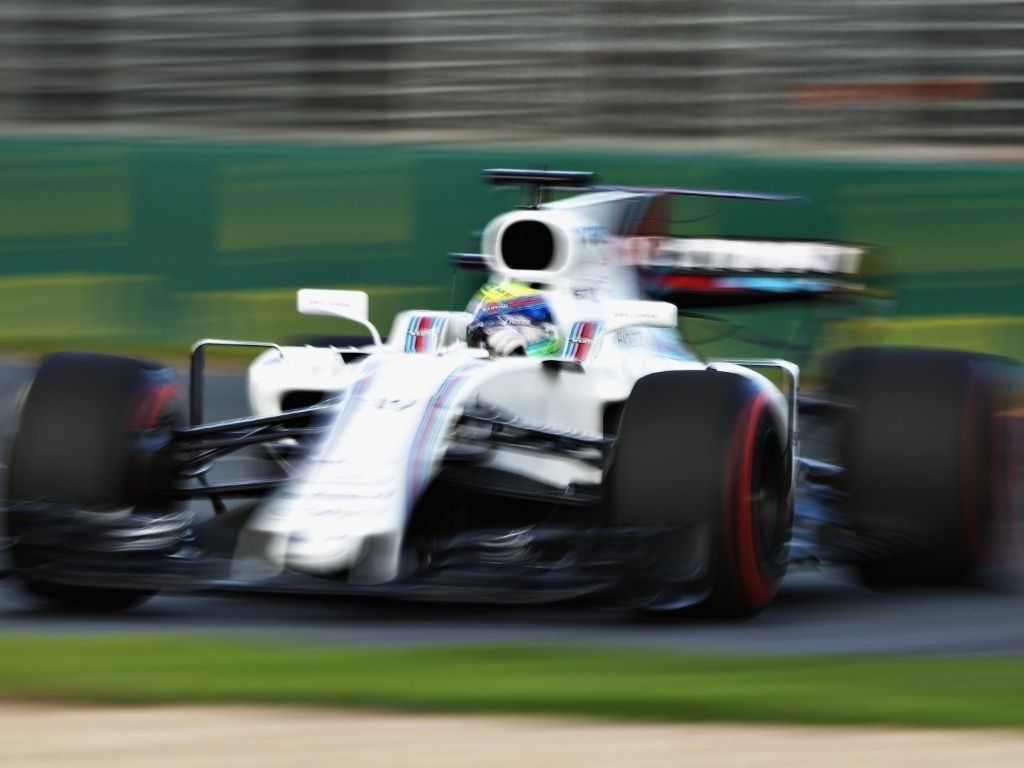 Williams were the fourth quickest team in Australia, while there was a double-points finish for Toro Rosso.

Felipe Massa: It was definitely a good race. I knew the most important thing for me was to overtake Grosjean at the start, because the competition was looking more with him than with the other guys in front who I knew would be very difficult to beat such as Red Bull, Ferrari and Mercedes. I had a very good start and passed him, then my race was free from there until the end. The result was just great. I was so happy with the whole race. The way I was managing the tyres, the consistency, the work from the whole team, the pitstop – everything worked really well. We managed to beat the teams behind us in the right way. This is something we can really think about in terms of working towards the World Championship. I’m really happy with the result today, so thanks to the whole team. Not bad for an old boy!

Lance Stroll: Today we were running a decent race and the pace was pretty good. I had a good start, which was risky although I didn’t plan on it being quite so risky! Some guys braked quite early in front of me and I managed to gain some places, but then I had a flat spot so had to stop early and, strategy-wise, we changed to a two-stop. Then we managed to have a surprisingly good race. It was my first race, and first weekend, so there are a few positives to take out of it. We had what I believe was a brake disc failure. I just hit the pedal, it went long and I was lucky it was in a place where there was a lot of run-off. Unfortunately, that incident yesterday cost us a lot of positions in qualifying, but today I enjoyed myself and so a big thank you to the team.

Sergio Perez: “I am very pleased with the result and I don’t believe there is anything we could have done better today. Seventh place was the most we could achieve and the team had to make all the right calls to get this result. We had the correct strategy and we managed the tyres well to bring the points home. We still had to pull a few big moves on Kvyat and Sainz, even though it was not easy to overtake, but once I was in clean air I felt I was in a very strong position. Driving these cars is so much fun: you can push a lot harder than in the past and I was doing my fastest laps towards the end of the race. We know we still need to improve this car and there is more performance to come, but this is a positive start to our season and we can be happy this evening.”

Esteban Ocon: “Scoring my first point in Melbourne is a very nice reward after what has been quite a tough weekend. I spent almost the entire race fighting against Fernando [Alonso] because we were side-by-side for the first lap of the race. He was able to stay ahead and I had to chase him for the rest of the afternoon. It was a hard fight because Fernando is a tough opponent and it was so difficult to get close and overtake. Eventually I found a gap in the last few laps and took my chance going into turn one. It was a big moment for my race and took me into the points. I’m happy with the result and I feel I’ve learned a huge amount from my first race weekend with this team. I hope this is the first point of many this season.”

Carlos Sainz Jr: "A tricky race! Obviously, with this new generation of cars, we didn't know really what to expect, but to finish P8 is a decent result I'm happy with. It's a shame that soon after the pit-stop we lost the position to Perez. I struggled after having to let Daniil and the two Mercedes by, as my tyre temperatures dropped down a bit and it took me some time to get back into rhythm. Towards the end of the race I was coming fast, catching the Force India, and I got quite close to overtaking him – if only there had been a few more laps, I could've given it a try. This race weekend was definitely a confidence boost for the whole team – to get both cars into Q3 yesterday and end with a double-points finish today is a really good start and now we need to make sure we keep on going like this."

Daniil Kvyat: "What a good race! It was just a shame that we had to make an extra stop during the final laps, as we had to fill my car with air again… If it hadn't been for that, P7 was definitely on the table and we were fighting for it well! The team has done a fantastic job all weekend and I'm very glad about that – congratulations and thank you everyone! We now need to keep pushing and fighting for more points like today. Physically speaking, it wasn't an easy race but I felt good the whole time – I need to thank my trainer for that, we worked very well throughout the whole winter! All in all, a good way to start the season, showing strong pace and with both cars in the points; now we can start to prepare for China and we can all be pleased with ourselves."