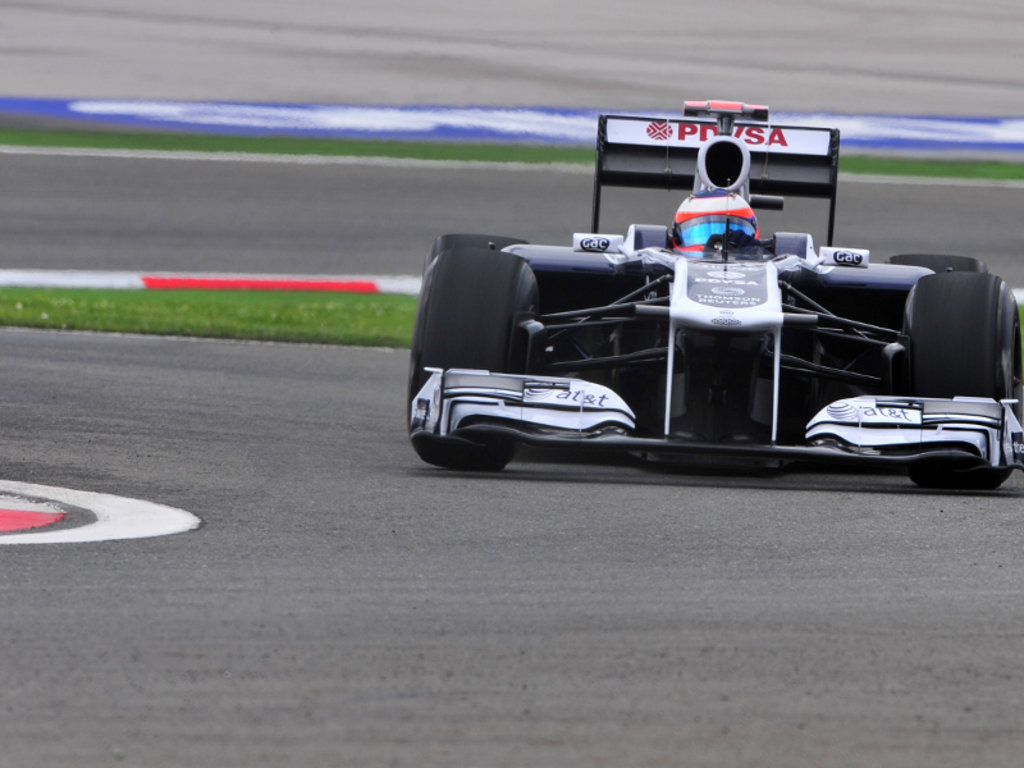 It was another disappointing race for Williams as Rubens Barrichello finished 15th and his team-mate 17th.

Williams:
Rubens Barrichello: “We struggled quite a bit with straight line speed today and at various points during the race I couldn’t use KERS which made it difficult to defend and I also struggled with it locking up under braking when I was charging. We had a better qualifying session but we need to make some changes to the car to ensure the rear tyres can get to the end of the race in good shape. So it is up to us to improve our pace.”

Pastor Maldonado: “It was difficult from the beginning of the race. It was difficult to maintain a consistent pace in the first two stints because I had a lot of oversteer. We had a much better pace towards the end of the race when on primes but I made a mistake by speeding in the pitlane which cost me a drive-through penalty.”

Team Lotus:
Jarno Trulli: “”That was a reasonably good race, particularly in the early laps. I had another incredibly good start but was blocked in the first corner so couldn’t really exploit how well I’d got off the line. Early on I started fighting with the tyres so we changed to a three stop strategy which eventually worked out pretty well. However, the result today doesn’t really show how we have improved our performance so I think that when we get to Barcelona with the whole new package on the car we’ll really be able to fight with the midfield teams.”

Heikki Kovalainen: “That was a pretty tough afternoon. I had a couple of mechanical issues, with a small hydraulic leak which affected the DRS and the diff, and I think the strategy didn’t work out how we would have liked. Despite that it’s been another good weekend for the team and a two car finish was always a major goal here, but now it’s about looking forward to Spain and we’re all focusing on taking a big step forward there.”

Virgin:
Jerome D’Ambrosio: “It was a good race for me I’d say. Obviously I was pretty much on my own during the race as I was faster than the HRTs. I had a good fight at the beginning then I couldn’t keep up with the Lotus cars, but it was good for me to manage the tyres well and be able to change to a two-stop strategy. Overall I’m happy with my performance this weekend – Qualifying in particular – and the team has worked very well. I’m looking forward to working with them to develop the whole package and I hope we can take a step forward in Spain.”

Timo Glock: “A very short race for me. It was very frustrating to experience a problem with fifth gear just as I was making my way to the grid. I have to say the team did an amazing job to try to get me back on track but in the end it just wasn’t possible. Overall I think we have made some progress this weekend but there is still plenty of hard work ahead of us if we are to keep pushing forward. Everyone is very committed to seeing that happen though, so we stay focused and look ahead to Spain when I hope we will have made enough progress to reintroduce the new floor and exhaust which should help us a little more.”

Hispania:
Narain Karthikeyan: “I think we should be happy with the fact that today we got another finish under the belt. I got more time in the car which is important, I’ve now finished my second race out of three, so I need to get more comfortable in the car and that will happen with every lap that I do. I couldn’t keep the two Virgin cars behind and we will have to analyze why we were slower. But, all in all, I’m reasonably happy, now we must work on the updates for Barcelona and keep on working to improve.”

Tonio Liuzzi: “Overall this has been a positive weekend up until qualifying. We’ve shown an improvement in our performance and had good pace on Friday and Saturday proving that the gap has closed with Virgin. In the race we need to try and understand what we did wrong, we had a problem with both front tyres and need to work on this to make sure it doesn’t happen again in the next race. Our expectations are much higher for Barcelona, we’re pushing for some new upgrades there as it will be important to show our home crowd what we’re capable of, I’m sure we will be much more competitive there.”