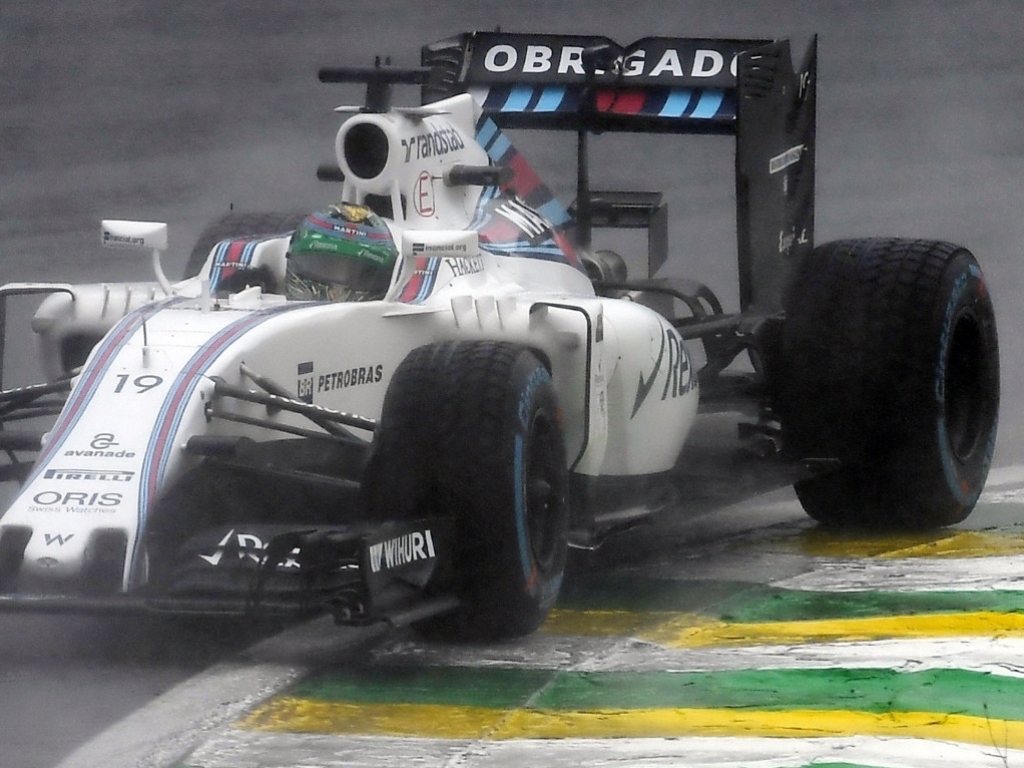 Williams:
Valtteri Bottas: “It was a very difficult day in very difficult conditions. We managed to keep the car in one piece but it wasn’t easy. We had quite a lot of potential with the strategy, but in the end the intermediate tyres starting working a bit too late for us. It’s a shame that Force India got a lot more points than us, so it’s going to be tricky in Abu Dhabi. We were just really unlucky today with the timing of our strategy. It’s been amazing to see the support here for Felipe and I’m sure he really appreciated it. We’ll enjoy Abu Dhabi.”

Felipe Massa: “It’s impossible to explain my feelings from today, for everything that has happened. So much love. We couldn’t finish the race. I wanted to finish in the right way, with the flag on the top. Unfortunately, I couldn’t, but I think God knows what to do. I was just walking, in front of my people, with this amazing reaction. Not just from the fans but from all the people in Formula One coming out to clap their hands for me. It’s impossible to explain these emotions. I never expected this in my life, I don’t think I deserved as much as this. The minimum I can say is thank you very much to everyone, all the people I’ve worked with, all of the fans. I will never forget this day.”

Manor:
Esteban Ocon: “No, I’m really disappointed and sad for all of us. It was such a difficult race and though I have my own feelings on whether the race should have continued, that doesn’t matter. If the track is declared fit to race on, we have to race and do the best job we can. There were some pretty scary moments out there; I was so lucky to react so quickly to the Kimi incident. Well obviously I was pushing as hard as I could – throughout the whole race in fact. In the third race stint – after the second red flag – it was clear I just had to push to catch Felipe because the chances of him coming back down the order to a position of safety were diminishing. The race was going his way, not ours. I did what I could but the cars behind me were closing and in the end they just had the pace to get by. There are so many reasons to feel disappointed today that I can’t just single that one out, but, yes, my first F1 point would have been nice.”

Pascal Wehrlein: “Conditions were terrible – all the way through the race. Even when the rain subsided, the track was holding so much water. It was such a gamble for anyone making the switch from the Extreme Wet tyres to the Inters. The conditions were close at times, but not close enough. I was aquaplaning still and then the risk was that we could be brave, yes, but if we end up in the wall, we’ve gained nothing. Plus, the visibility was quite bad. It was a very nerve-wracking race with conditions I’m not keen to experience again anytime soon.”

Renault:
Kevin Magnussen: “The conditions today were definitely testing, especially turn 12 which isn’t actually a corner in the dry but became a real corner in the wet! There was clear aquaplaning there, and even if there hadn’t been, it was still on the limit. I do wish we could have driven more today though. Of course you should have red flags to clear a crash and safety should always be the priority, but after that, I feel we were too careful with driving in the wet. At the end of the day, it’s up to us drivers to slow down enough to get around it. We just need to drive to the conditions and not go over the limit, which is exactly what we do in the dry.”

Jolyon Palmer: “The conditions this afternoon were very difficult and unfortunately we had to retire following contact with Kvyat. I had some more grip at that point on full wet tyres and I was faster than cars in front on intermediates. I wanted to make up some places. In the end the visibility was so bad that I couldn’t even see past my steering wheel. I didn’t see where the corner went, I knew that there was the pitwall and pitlane somewhere; I just couldn’t see anything. Kvyat in front of me was slower and I hit him. Around the lap, the visibility wasn’t too bad and there were some places where you aquaplaned but coming up the hill you had no traction and couldn’t see if you were behind anyone else. You had to guess where you were going, there was water on track and rivers of water running across. It was really tricky.”

Haas:
Esteban Gutierrez: “It was a fun race – pretty boring at the beginning, but got much better when we started to race on full wets. The conditions were very tricky on track with the wet and the intermediate tires, and it was all about keeping the car on track. We were picking up a good pace and I was making my way up the grid and saw an opportunity to score some points. Unfortunately, we started to have some electrical problems. I was having power issues on braking and in the corners. In the wet, that’s the worst thing you can have. The team gave their best effort to fix it, but we had to retire the car. Now we’re looking ahead to the final race of the season. It’s another opportunity. We have to stay optimistic and try to do the best with what we have and focus on that.”

Romain Grosjean: “Well, I’m sorry for the fans, for all of Haas F1 Team. We’ve gone from hero to zero in less than 24 hours. What can I say? I wasn’t even flat out. I was barely faster than Gutiérrez, and then the car just spun. It was just bad luck. There was really no grip at that point. I picked up the wheelspin, spun and crashed. I feel so bad for the crew. It was a big impact, something like 30G. It happens fast in Formula One, but I’m okay physically.”