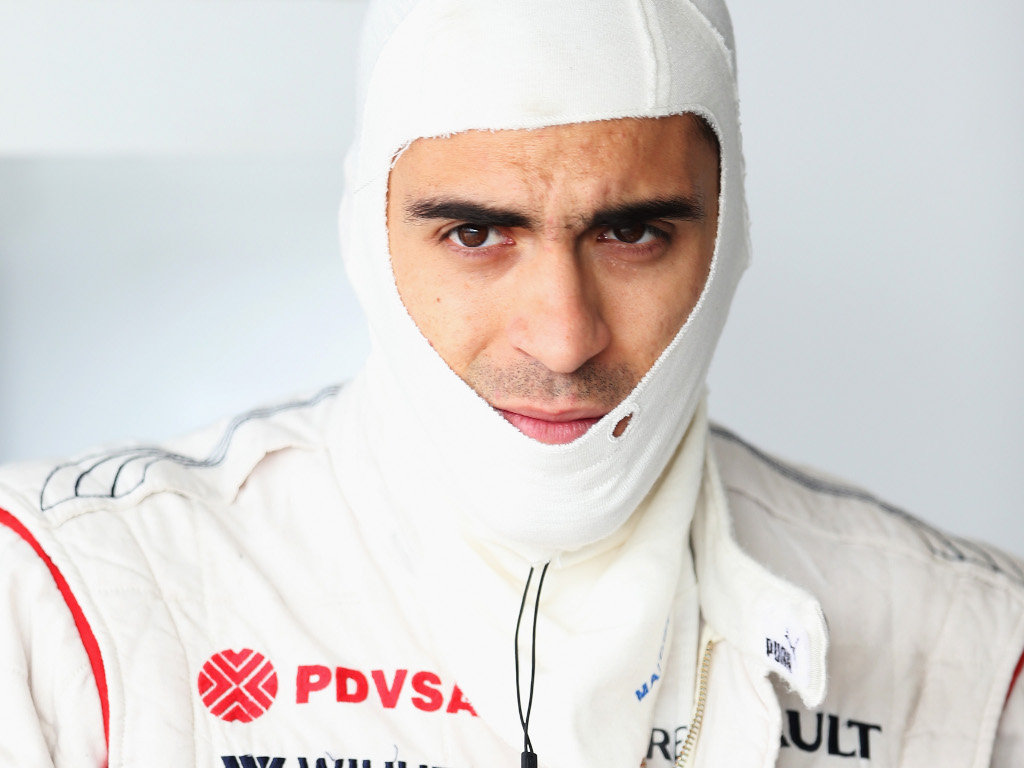 Williams:
Pastor Maldonado: “We were fighting hard today with the cars around us but the pace wasn’t quite in the car to be able to challenge for the top ten. We lost some time in the pitstops today and ultimately we couldn’t recover the places. It’s been a great three years with this team, I had a nice moment with Frank and the team this morning and they will stay in my heart forever.”

Valtteri Bottas: “Unfortunately we had to end the season without finishing the race today. We seemed to be struggling a bit with the prime tyre but once we put the option tyres on we seemed to be able to catch the cars in front. We had an incident with Hamilton where I tried to keep my line overtaking on the outside and we touched. It’s disappointing to end the season like this but a points-finish may have been too much for us today anyway.”

Marussia:
Jules Bianchi: “Well done to everyone in the Team on a fantastic season and the well-deserved 10th place in the Championship. Thanks for all the hard work and dedication to providing us with the best car possible right until the end. Today, I got a fantastic start once again and the opening lap was strong, but a few laps in I struggled with some graining on the Medium tyre and it was really tough to drive round this, which caused me to have to yield the place. I knew it was all about the long game and just sticking with it, knowing that the balance would be much better on the prime Hard tyre. I dug in and drove as fast as I could on the next two stints to make as much progress as possible and it is nice that not only have we got 10th today but we finished ahead of Caterham again. This has been a very important and rewarding year for me personally and I can’t wait for us to take that to the next level together in 2014.”

Max Chilton: “It was hard finding our way today having only driven in the wet all weekend. We had just the sighting laps to the grid to make a few changes in order to try to optimise the dry balance as best we could. The middle part of the race was quite nail-biting with the constant threat of rain, but I knew that all I had to do was keep going and be ready for any scenario, especially with the weather. In the last stint I struggled with a vibration on front left tyre, which was really costing me time and that is why we pitted for an unscheduled third stop. I would like to thank the whole Team for a brilliant season, with particular credit to my car crew. I am really proud of my record-breaking 19 finishes in 19 races and this is the result of a fantastic Team effort.”

Caterham:
Giedo van der Garde: “My start was really good, I passed my teammate and was fighting with Bianchi through turn one, but had to lift slightly to avoid one of the Force Indias which let Jules through. The car felt good at that point so only a couple of laps later I was past him and immediately put clear air between me and him, pushing on to Kovalainen ahead in the Lotus. We went until lap 24 on the first set, at one point running as high as 14th, but the main aim was to put a gap between us and the Marussias, and when I rejoined on another set of mediums we had the gap up to about seven seconds. My second set of tyres weren’t performing as well as the first and about halfway through the planned second stint I was given the command to change positions with my teammate. That set of mediums had started to go off but with the possibility of more rain coming we had to stay out. We were still pulling away from Bianchi which meant we were covering his plan, but it was a struggle to keep up the pace we needed on those tyres as they were pretty much gone by lap 42. The second stop was on lap 47 when we went onto the primes. I came out ahead of Bianchi again but had to serve a drive through a few laps later which put me about 15 seconds behind him. I was pushing really hard and closed the gap a lot, down to seven seconds by lap 65 but that was as close as I could get. It’s obviously not how I wanted the season to end, but I think, overall, I’ve learnt a lot. There have been quite a few highs and a few lows but this is a great team, a good group of people who work so hard and are determined to succeed, just like me.”

Charles Pic: “My start wasn’t great but by the end of lap five I was past Bianchi and closing the gap to my teammate. We put in a long first stint on the mediums with one eye on the rain that could have come, and boxed on lap 25 for another set of options, coming out clear of Bianchi which was obviously the first target. My pace in the second stint was good – the car felt great and Giedo and I switched positions just after the halfway mark as I was on a different strategy and pace to him at that point. My laptimes on that second set were good – running in the 1.18s which was close most of the midfield, but at that point it was all about hanging on to see if the rain would come. The tyres held up really well and I was in 17th when the rain was just starting to fall a little more heavily, but then, on lap 58, there was a suspension problem on the car and that was the end of the race for me. It’s obviously a real shame that my race ended like that as the plan was working well and if the rain had fallen harder we’d have been in a really strong position, but sometimes it’s like that.”