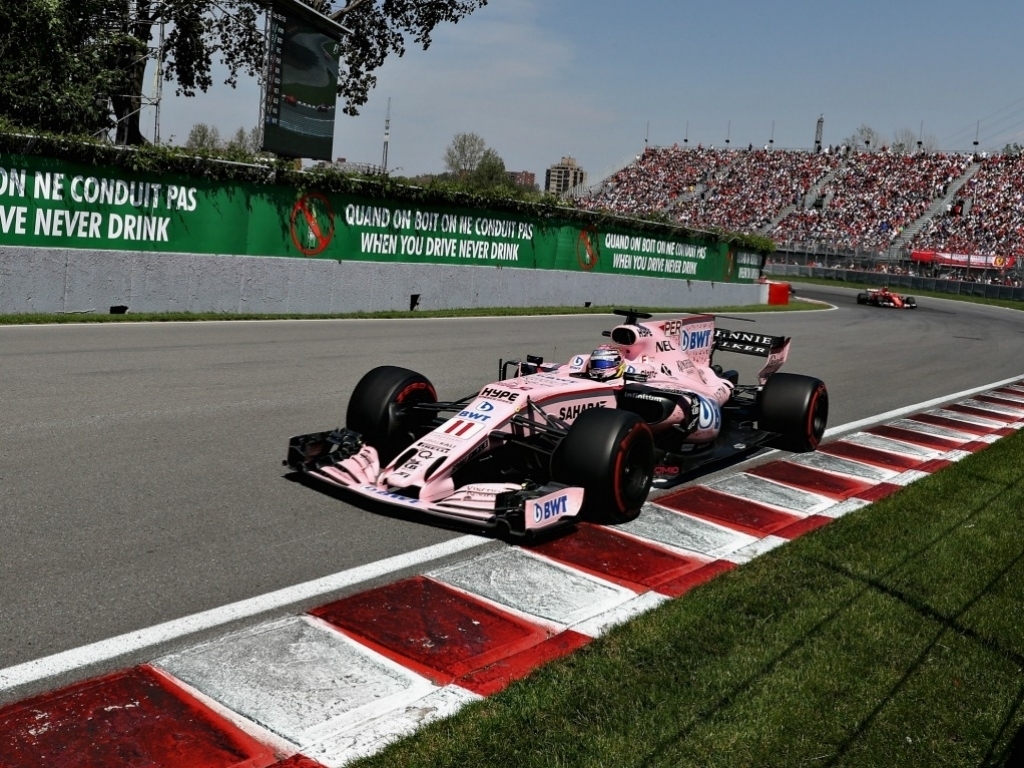 There was team order controversy at competitive Force India, as Lance Stroll collected his first points of his Formula 1 career.

Sergio Perez: “I’m pleased to come away with fifth place because it was a very intense afternoon. For nearly the whole race I was running close behind Riccardo in his DRS window and waiting for my opportunity to overtake. I could see he was struggling in certain areas and, as we started to come through the lapped traffic, I thought I deserved the chance to try and overtake him. I tried my best and really pushed hard, but it just wasn’t possible to make the move. It was the same situation with Esteban behind me for almost half the race, but it was only on the final lap that he got really close to me when we were lapping Ericsson. I knew Esteban had better tyre life because my engineers made me aware of the situation and I replied by asking the team to simply let us race. I think the team was fair and respected my view. The team always comes first and we raced hard, but fair. I always give my best and I’m very happy we could come away with so many points from this race.”

Esteban Ocon: “As a team we scored really important points today, but I am a bit frustrated by this result because I feel a podium may have been possible. This is the way racing goes and we have to look at the positives: we had a great car that allowed us to take the fight to Ferrari and Red Bull and that is quite impressive. I am confident it won’t be the last time we will fight at this level and it was an awesome feeling – a really enjoyable race. The team as a whole did a great job today – they gave me such a fast car and we can be proud of our work and of the points we have gained.”

Nico Hulkenberg: “Today’s race was quite positive for us overall; everything was running pretty smoothly although the wind was crazy at times; blowing the car from left to right on the straight! Obviously we were helped by some DNFs but nevertheless I found myself in eighth place and four nice points isn’t bad given this was a track where we were a bit worried on how good we were going to be.”

Jolyon Palmer: “We finished in P11 again today, two races in a row within touching distance of points. This is very frustrating, I lost a lot at the start with the mayhem, I lost positions then got stuck behind Grosjean for about 60 laps and couldn’t get close enough to attack him. I think the pace was a bit better and if I could have started a couple of places higher, we could have gotten into the points. The race was much better again, Q2 this weekend was positive, we just need to keep working hard.”

Lance Stroll: “I am just happy for myself, for the team, for everyone. The balance of the car was good all race. I was in a flow. I knew we had good straight line speed in the Williams. I chose my overtakes at the right times, sometimes I could have done them a lap earlier, but it was a bit risky so I did it a lap later and stayed patient. James, my engineer, was giving me good communications throughout the whole race about what was happening around us. We just stayed cool headed and took it to the end and P9. It was about things falling into place and getting everything to work with no issues and being able to do the pace we know how to do. It means the world to me being able to finish a race in the points and be able to see those Canadian flags up in the air at my race.”

Felipe Massa: “I’m so disappointed to be out after just three corners. I was a complete passenger in the collision. I think Carlos was hit by somebody, but I was the only car that he hit. It’s a shame to finish the race like that, especially when the car has been so competitive all weekend and we could have scored a good amount of points.”

Romain Grosjean: “Well, our race started very badly with the front wing change on the first lap. Then we knew the only way to get a decent strategy was to stay out and make those tires last for 69 laps, which is pretty good for supersofts. We got there. I am very unhappy with Carlos’ (Sainz) maneuver at the start – what he did to me going into turn three. It was very, very dangerous. I’m glad the car didn’t have too much damage. We changed the front wing and got going again. It was a tough race. We needed a bit of luck at the end, which we got with Alonso retiring, and we managed to get a point. It’s great for the team, but we missed a bit of speed today.”

Kevin Magnussen: “With regard to the penalty, I went on power anticipating the end of the Virtual Safety Car, and I thought I’d probably passed him (Vandoorne) before it ended. I wasn’t sure, but I let him past anyway before passing him again at the next corner. Normally, when you give back the position, that’s fine. I gave it back, and then overtook him straight away. He was in front and he had every chance to be in the position he was before the Virtual Safety Car. I feel it’s very unfair the judgement from the stewards. These things happen. My shot at points was over. I fought very hard and had a good start. The opposite strategy didn’t work, but we were still there. It hasn’t been my weekend but, hopefully, it will turn soon.”