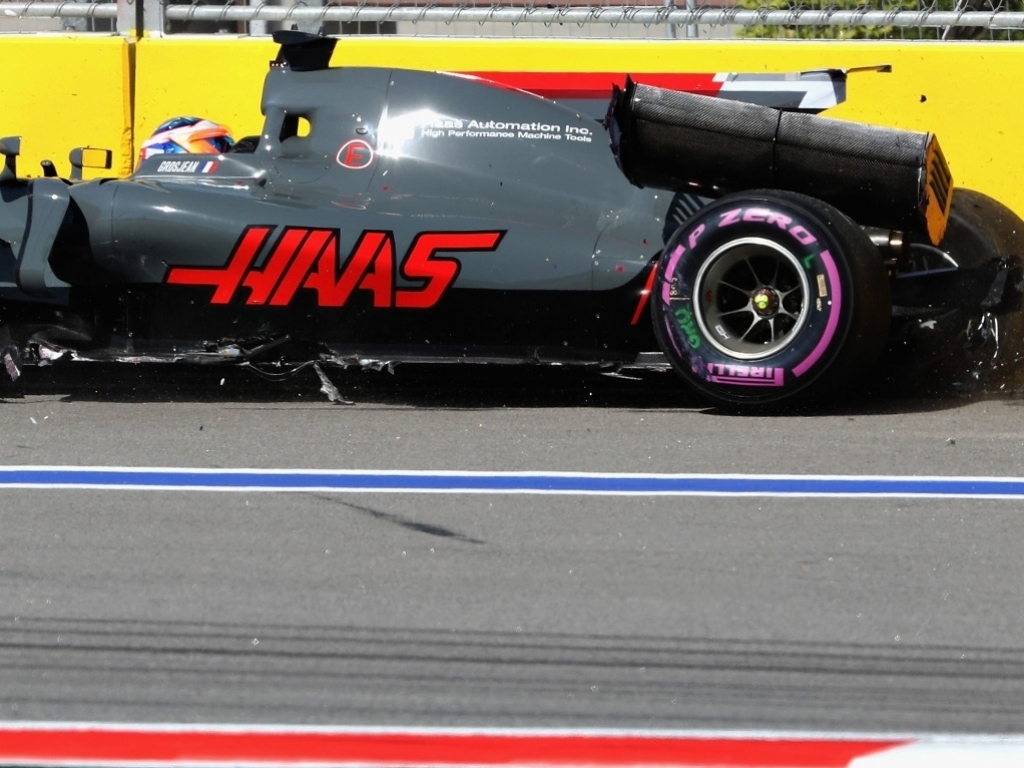 Fernando Alonso failed to start the race for McLaren, while Haas and Sauber had pretty forgettable days in Russia.

Kevin Magnussen: “It’s been a bit of an off weekend for us, but we’ve learned from it. We’ve had some strong weekends in the first three races, then not so strong this weekend for some reason. I guess you always learn and I don’t think this is representative for the rest of the season. It’s difficult when you have a midfield that’s so tight. It doesn’t take a big mistake before you fall back. It’s not ideal, but I’m looking forward to the next race and the rest of the season.”

Romain Grosjean: “We had a great start and I was on the inside of Palmer under braking. I don’t know why he turned in. I was there and then he turned in. I tried to get as much as I could on the apex, but he just hit me, spun and came back and hit me again. The car was badly damaged and our race was over. I was full of hope that we could understand what was going on over the weekend, get some more mileage and understand things so we can perform at the next race. Though we were maybe not going to score points today, it’s always good to be able to see what we could do.”

Stoffel Vandoorne: “From my side, 14th position was pretty much the best possible result today. I had a decent start but had to avoid a first-corner accident, which meant I got a five-second time penalty for missing the markers at Turn Two. However, I don’t think that did anything to change today’s result. It was a pretty normal race, we ran at our own pace, I did the maximum possible and I think 14th is a fair reflection of where we’re at. Fernando not being able to start shows that there’s still a lot of work to do on the reliability side – that’s two races in a row where two McLarens haven’t started. That’s a shame, but at least we got to the finish – that meant a lot of learning for the team and a lot of learning for myself. But, in terms of pace, we’re still not quick enough – that’s for sure.”

Fernando Alonso: “It’s tough, it’s frustrating – every weekend is the same. My power unit didn’t have the usual power during the formation lap, so my engineer told me to change some settings on the steering wheel. Unfortunately, that didn’t work and towards the end of the lap the engine shut down. My race was over before it started. Not being able to take part in the race today and not being able to finish any race so far this season is extremely tough. But Formula 1 is my life, so hopefully we can improve the situation soon.”

Marcus Ericsson: “It was definitely not a satisfying race for us. Especially the first stint after the safety car which was just not good. I was struggling a lot with the balance of the car and the tyres were not working properly so I had difficulties keeping up with the pace of the cars in front of me. The second stint was ok, and I was able to make up some ground to the car in front of me. Overall I felt we took a step back in terms of the car balance in the race compared to the rest of the weekend. We need to analyse what we can improve to be more competitive in the races for the upcoming GP weekends.”

Pascal Wehrlein: “Since the practice sessions on Friday we knew that the race on this track would not be in our favour. During the race I wasn’t able to bring the tyres into the optimal working window which resulted in our less competitive lap times. In general I felt uncomfortable in the car this weekend. Now we need to look into the data to understand the reasons. I hope that we can put in a better performance during the upcoming Grand Prix in Barcelona, where car updates are planned.”