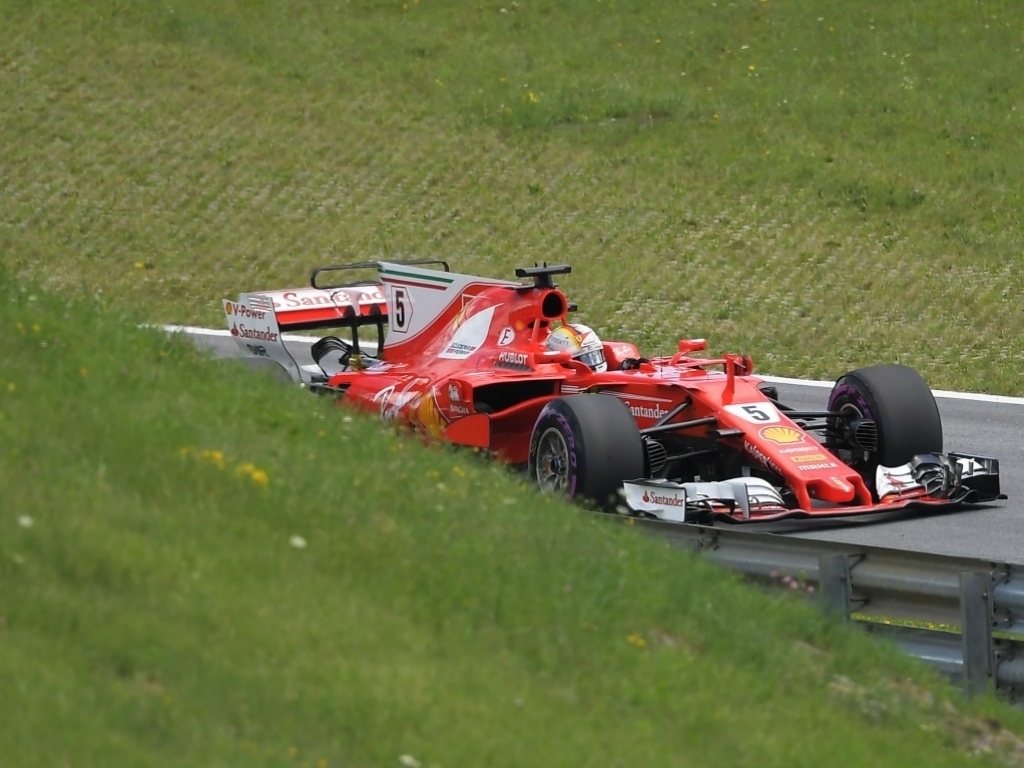 Valtteri Bottas: “That champagne tasted good! The first win is obviously special, but this is only my second win, so it’s a great feeling to get it. It’s been my best weekend yet with the pole and the win and I hope we can continue from here. The start was absolutely perfect – definitely my best start ever. And you saw how close it was with Sebastian at the end, so today I needed it. The car was so good this weekend, so I knew we could still do it. I got a massive blister on the rear-left in the second stint after just five laps, which made the car tricky to drive. I was losing more and more performance, but it wasn’t my first time having to keep Sebastian behind me. I kept my focus and managed to finish the race without any mistakes. It would have been tricky to keep Sebastian behind for much longer, so it was good to see the chequered flag. I’m still in the title fight and I’m only going to get better. We’re growing all the time.”

Lewis Hamilton: “It’s been a difficult weekend, but I can take heart that I limited the damage to Sebastian in the points and that I went forward through the field. The car was great today, I could push the entire race on the tyres and I gave it absolutely everything out there. I really don’t think there was much left in the car at the end of the race, but I was probably a bit too kind in my fight with Daniel – and left him too much space. I won’t do that again. We’ve slipped further behind Sebastian again, but there’s a long way to go. I’ll keep battling and I’ll never give up. Valtteri did a great job all weekend and thoroughly deserves the win. He’s just 15 points behind me now and he’s very much in this title fight. I’m really looking forward to Silverstone – I’ve got a few days to put this weekend behind me. I can’t wait to see the home crowd again and start with a clean slate. I hope I can use Silverstone as a springboard for the second half of my season.”

Sebastian Vettel:  “Today I struggled in the first stint with the first set of tyres, the Ultrasofts. I think they were just getting too hot. Then the clouds came in and the balance of the car improved. That’s why I think we were starting to get quicker. It was a shame that we couldn’t win, because we were close. We learnt more about the car in these days and there are many positive aspects regarding this race, but I feel like I could have won today and I didn’t, so I am not entirely happy. At the beginning of the race I was just not quick enough. The pace was there, but the balance wasn’t. I like this place, which has a lot of history and it’s the place where I drove a racing car for the first time, in 2003. It’s a long time ago, but I still have beautiful memories. And now I am already looking forward to going to Silverstone.”

Kimi Raikkonen:  “In the first part of the race we had some difficulties with the balance of the car. I struggled a little bit with the first set of tyres at the beginning, but then it was getting better and better. The second set was fine: at the beginning of the last stint the car felt very good and we had good speed, but at that point we were too far behind to try to recover. As the tyres were getting older we obviously started to go slower, but we were still doing good lap times and the balance was improving. Overall, though, it was not a very easy weekend.”

"It was a fun race. Some decisive moments at the start and then defending Lewis the last couple of laps. It got pretty close but I stuck to my braking points. Five in a row is nice and it's pretty awesome to do it at our home race. The second last lap was the tightest. Lewis got close but nice to hold him off. it was nice to see the chequered flag. I believe it was all legal."

"I already felt on the formation lap that it was not fantastic and then on the actual start I got a failure so I got anti-stall. On the run-up to Turn 1 it didn't feel great and I tried to stay out of trouble by going wide into Turn 1 but I got hit on the rear tyre. Because of that the clutch over-engaged and broke the bearing on the clutch and I had no drive any more. Of course I'm very disappointed especially for the fans as I couldn't even do one corner for them. I don't know what to say, it is a lot of bad luck lately but we'll try to do better at Silverstone."