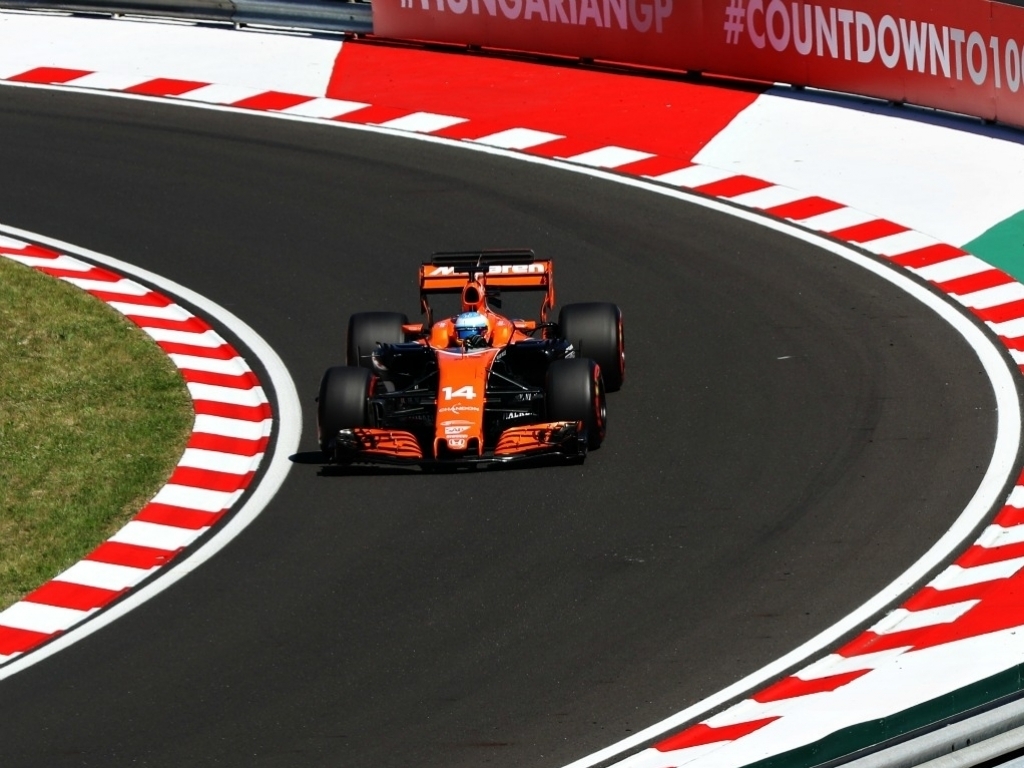 Fernando Alonso: “We were probably looking at seventh or eighth position today, but with Ricciardo out of the race, sixth place became possible, and we grabbed it. Still, we worked for that result all weekend – no mistakes, good practice sessions, strong qualifying, and then a perfectly executed race. There are three or four weekends in a season where we can be competitive, so we need to maximise those and fully capitalise on our potential – and that’s exactly what we did this weekend. Races like Spa and Monza are going to be more difficult for us, so let’s just enjoy this result and think about the difficult ones when they come. The battle with Carlos was a close-run thing. We were together at the start, at the restart after the Safety Car; we came into the pits together, we exited together and I knew I had two laps where I could really push and stress the new tyres a little bit. I tried to do that with some kamikaze moves at times because, after those initial two laps, I knew it was going to be impossible. It worked out fine. Also, the fastest lap at the end of the race was a surprise – a gift – but one we’ll take! It was definitely a good race, so let’s go into the summer break with smiles on our faces.”

Stoffel Vandoorne: “It’s been quite a positive weekend for me – we came here expecting to be competitive and we were able to run inside the top 10 for the whole weekend. When an opportunity like this comes up, we have to grab it with both hands – and we did. Before my stop, we were looking at the gap behind and trying to over-cut people behind us, but I made a small mistake at the stop, locked up and stopped too long. Nonetheless, my pace in the race was encouraging – we were definitely quicker than the Force Indias here, but overtaking is very difficult. In the end, we got points so it’s a good weekend for the team.”

Carlos Sainz: “A great race! I managed to do a very good start, went around the outside of both McLarens into Turn 1 and held onto my position into Turn 2. At this point, I saw that maybe I was also capable of getting a Mercedes, but I decided to back-off a bit and play it safe because the work was done. From then onwards it was a very tough task to defend from Fernando, as he was much faster than us today. In the end he got past us but I’m happy to have been able to hold on to that seventh position… For us this is like gold at the moment! All in all, it’s been a very positive weekend with a perfect Quali yesterday, a fantastic start and race today… I can now go on holiday happy and very satisfied with my first half of the season – I’ve ended up in the points in every race I’ve finished up until now, which is a good statistic to hold onto, and I’m enjoying this mid-field battle. I look forward to the second half of the year!”

Daniil Kvyat: “It was a great race where we were not rewarded, unfortunately. We had good pace out there today and I think that, without the grid penalty, we could’ve been fighting for points. On the positive side, it’s good to bring the car home and to gain five positions at a track like the Hungaroring isn’t bad – I enjoyed it out there today! I’m now looking forward to the summer break and having some time off before focusing again to get the best out of the second half of the season!”

Sergio Perez: “I’m very pleased to come away with eighth place today. It hasn’t been an easy weekend in terms of my feeling with the car, so to turn things around in the race and pick up some points is a good recovery. I made a very good start, positioned my car well and that was very important for the final result. There was a bit of contact with my teammate, which damaged my front wing, but fortunately it didn’t change the balance of my car. It wasn’t the busiest race for me because I spent most of the afternoon behind Sainz and Alonso, but we couldn’t make our way through during the pit stop window due to a slow stop. Overall it’s been a very strong first half of the season and we can go into the holidays feeling pleased with the job we have done.”

Esteban Ocon: “It was a pretty messy start and that compromised my race. Sergio made contact with me in turn one, which caused some damage to my floor, but I was able to continue even though I lost some performance. In the end, we got another double points finish for the team, which is great considering how difficult the weekend has been leading up to the race. The rest of the race was very clean and we were able to resist a lot of pressure from Stoffel [Vandoorne], so I am happy with the end result. We kept our main rivals behind us today and it means we can go on holiday feeling happy. I’ve scored nearly 50 points in the first part of the season and we’ve got a healthy margin over the teams behind us. Now we can recharge our batteries and come back ready to score even more points in the second half of the year.”