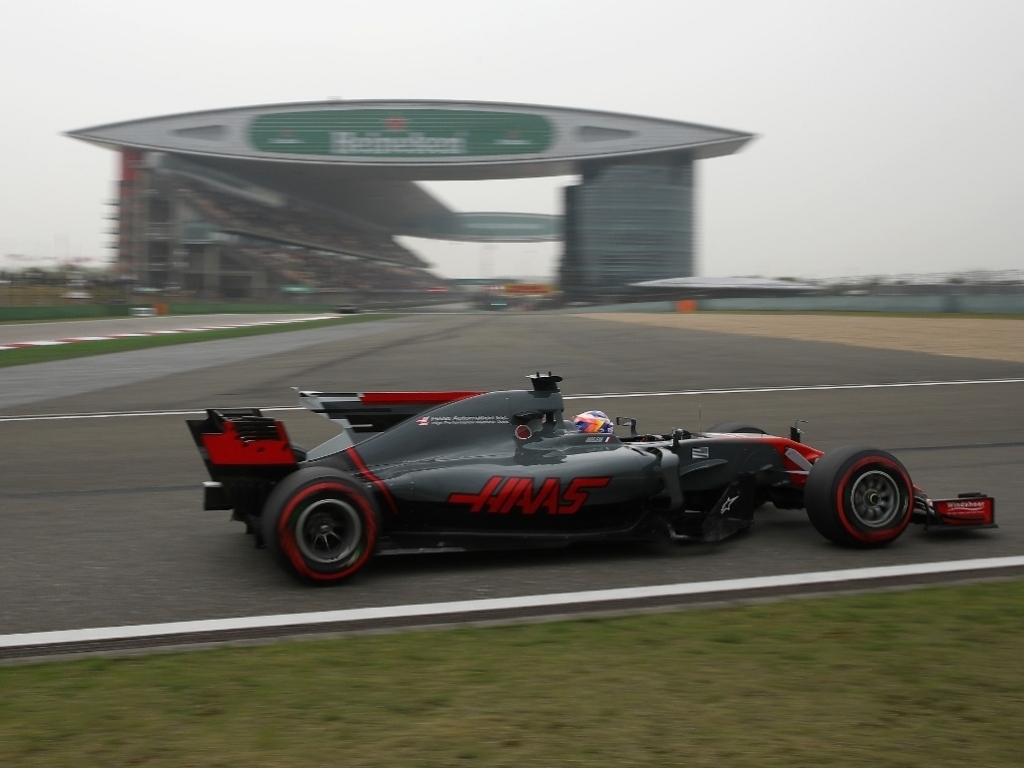 Toro Rosso’s Carlos Sainz finished P7, while there was a double-points finish for Force India in Shanghai.

Carlos Sainz Jr: “WOW! What a race, I just don’t have words to describe it! On the grid I said I wanted to start the race on slick tyres and everyone thought I was completely mad! It sounds like a funny moment now, but when everyone took the blankets off the tyres and my race engineer told me that we were the only ones the supersoft tyre I doubted my decision… When you’re on the grid, about to start a race, and you take a tough decision like today’s, there’s a lot of weight on your shoulders, knowing that you might have blown away a good result for the team… but I then said to myself, c’mon trust yourself, it’s the right thing to do! I knew the start and the first four corners were going to be very tricky – and they certainly were! – but from Turn 6 onwards the track was fully dry and I felt confident – the gamble definitely paid off! But today’s result isn’t only thanks to this decision; it’s also down to the pace that we showed in damp conditions. After the Safety Car, I saw myself catching Ferrari, Red Bull and Mercedes in front and I got super excited! It was just an incredible race, I felt so comfortable in the car today and to finally cross the line in P7 is a great result – I’d like to thank the team for the whole weekend, we can all be very happy!”

Daniil Kvyat: “What a shame, we had a hydraulic failure which still needs to be investigated and therefore had to stop the car. Just before that, we were struggling a bit on the Soft tyre and it was a bit hard to keep them up to temperature… So we were an easy target for everyone who was on Supersofts. It wasn’t being the easiest of races, that’s for sure! On the positive side, we’ve shown the performance is there and that we can be strong going forward. We just need to make sure we grab the points when the opportunities arise. In general I’m quite happy, it’s just a shame we had a bit of bad luck today but these things happen and we just have to accept them… it’s part of this sport! We’re working well as a team – and this makes me feel very confident – we have the pace and I look forward to next week’s race weekend in Bahrain where we will come back stronger!”

Kevin Magnussen: “It was a good race. I had fun out there. I had a good car all the way through the race. I’d made a really poor start, so to come back from that and push, I was really happy. The car’s been good today. I was able to look after the front tires, which I think was key, along with working with the team to get the car in the right window. The race was really well managed from the team. It was good strategy to get me out on the supersoft after the intermediates. You had to fight for it, in terms of passing. It’s not easy, but you also have grip, so you can take different lines and get close in alternative ways. It’s so much more fun when you’re fighting in the points. I’m happy for the team and we’re looking forward to the coming races.”

Romain Grosjean: “Yesterday was a bit of a joke and today the same guy crashed in front of me on the straight line, so I had to stop. I lost a lot of time. Then (Marcus) Ericsson at the restart left miles ahead of the car in front of me. I don’t know what he was doing, so I was already on the back foot. (Esteban) Ocon pushed me on the first lap. I lost half of the right-hand side of the car. From there I just pushed as hard as I could. I couldn’t really find an opening on (Jolyon) Palmer. Once I did, though, I had some good lap times. We were doing a decent job, but it was already too late. It was not easy on strategy. The guys did the best job they could. We saw the checkered flag and the lap times were looking decent. I think we had more, but it’s time to look forward to the next race and, hopefully, it’s going to get better.”

Sergio Perez: “It feels great to come away from an entertaining race with some more points. The start of the race was not easy because I made a very poor start and lost five or six places before turn one. As soon as I dropped the clutch, I went into wheel spin. I recovered some places during lap one, but then there was contact with Stroll in turn ten, which gave me a puncture. I don’t think he saw me on the inside because he didn’t give me any space. We definitely made the switch to dry tyres at the right moment and choosing the supersoft was the correct decision because I found a good rhythm straight away and overtook Massa and Kvyat. You can always look back on the strategy and see things you could have done better, but I think we finished where we deserved in terms of car pace. It’s another great result for the whole team and our twelfth consecutive race in the points, which is a special achievement.”

Esteban Ocon: “Finishing the race in the top ten is a good recovery, but I still feel I could have been a couple of places higher up. We had the correct strategy and started the race on the right tyre, but on lap two there was a misunderstanding with the team and I drove all the way down the pit lane without stopping for tyres. I was not supposed to come in and it cost me at least 15 seconds. It was a result of the confusion of those early laps, when everyone was diving into the pits. It’s a shame to lose time like this, but in the end we scored a point and that’s a positive. The car felt quite good today and finishing in tenth shows we can make a good improvement on Sundays. Next week we race in Bahrain and, unlike Melbourne and Shanghai, it’s a track I know well and where I’ve had success in the past. I got pole in GP3 in 2015 so I have good memories from there. I am looking forward to racing there and adding to those memories.”