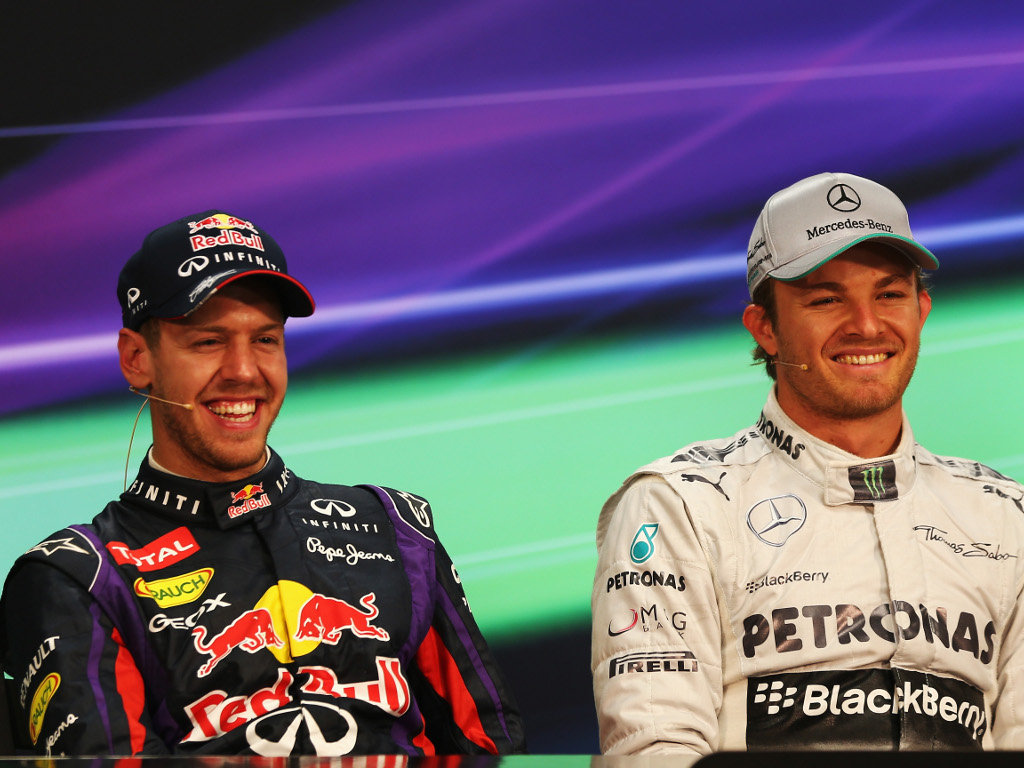 Q: Nico, you controlled the race from pole position but you had to deal with two safety cars, a red flag, a lot of mental resets no doubt, but describe your feelings right now, you’re a Monaco Grand Prix winner?

Nico ROSBERG: Yeah, amazing! This is my home, I’ve grown up here lived all my life here, I’ve gone to school here. So now to win at home is very special; a very special day for me. The whole weekend really went perfectly, qualifying [everything]. The start was very close. I had a terrible start! I was close to Sebastian and then with Lewis also, but then that worked out well. After that I could control the pace. The car was really good, the tyres held on ok, so that was really the key to the victory. So massive thanks to the team for having improved from Barcelona and I’m just ecstatic

Q: Sebastian, podium for you today, I guess you must be delighted that you’ve extended your championship lead?

Sebastian VETTEL: Yeah, I think overall I’m very happy and pleased with the result. We know that it’s very difficult to overtake here. I think first of all congratulations to Nico, he did a very good job, a very controlled race. I think he had the pace and the tyres to respond whenever we tried to get a little bit closer, yeah. The start of the race… fantastic start but no room. I think I could have gone past both Mercedes but didn’t have the room, had to lift. Then Mark came and it was tight into the first corner. And after that I was a bit surprised by the slow pace in the opening laps. Usually you expect two silver arrows in front of you and there were two buses today going for a cruise – at least in the first couple of laps. But obviously the strategy was clear and they did a very good job. We were lucky on the strategy point of view. The team did a fantastic job to get past Lewis, so yeah. After that, with the restart: pretty difficult. Warm-up was very, very tricky. I saw Lewis was all over Mark behind me, so I think we can happy with the result. Great achievement from the team again. We seem to like this place the last couple of years so very happy. Congratulations, thank you, thanks to our partners as well. Thanks to Infinity, they are pushing an awful lot in the last couple of months to help us and I think it goes without saying, thanks to Renault as well, two cars out of three on the podium again powered by Renault – in ‘Little France’ in a way, so it’s sort of a home grand prix for them so congratulations as well. Overall, as I said, pretty happy.

Q: Mark, fourth in the opening stint but obviously the safety car at the first stop gave you and the team the opportunity to jump ahead of Hamilton. Important moment for you?

Mark WEBBER: Yes. First of all, congratulations to Nico. It’s a very special place to win at so, yeah, he had a seamless weekend and that’s what you need to do here. It’s never easy when you’re leading, you still have to pull it off. So, well done to Nico and Mercedes. For us, we knew it was a little against us starting on the second row but got an absolutely incredible start – and sod’s law it’s the shortest run to the first corner so, I think Seb and I had nowhere to go really so we were lifting. It’s looking like Nico and Lewis had pretty tricky ones, so we’ll try to save some of those starts for future reference. And then after that it was just basically saving tyres and making the one-stop work. It was completely predictable that if the race was going to stack up then the two-stop was not really an option to come back into traffic. So we had to go very long, all the drivers were nursing the cars very aggressively and as you say, it was nice to get Lewis. Obviously it’s never nice to lose positions around the stop so I’m sure he’s not too pleased with it but in the end we’ll take that position. It was difficult to get the restarts going on the primes but in general just really driving around, saving the tyres and waiting for the chequered flag.

Q: Nico, first son of a former Monaco Grand Prix winner to repeat the feat. Congratulations. 30 years on from your father Keke’s victory here at Monaco. Did that add a certain extra-special something to this win today.

NR: It is special to hear that, yes but honestly that’s not what I was thinking about when I was crossing the finishing line, definitely not. Just extremely happy to win this race. Also, we’ve had again such a difficult time behind us. In the last couple of races pole position and dropping back so much. There was always that a little bit in the back of my mind today in the race: ‘I hope that it’s going to last and I’ll be able to pull it off today and not drop back again.’ Because it’s not nice when you’re starting in front and dropping back. And then today the team gave me a great car. It’s really fantastic to see how they’ve been able to improve in such a short space of time. Little improvement here and there but on this track – this track suited us anyway – and so it was enough to make it happen.