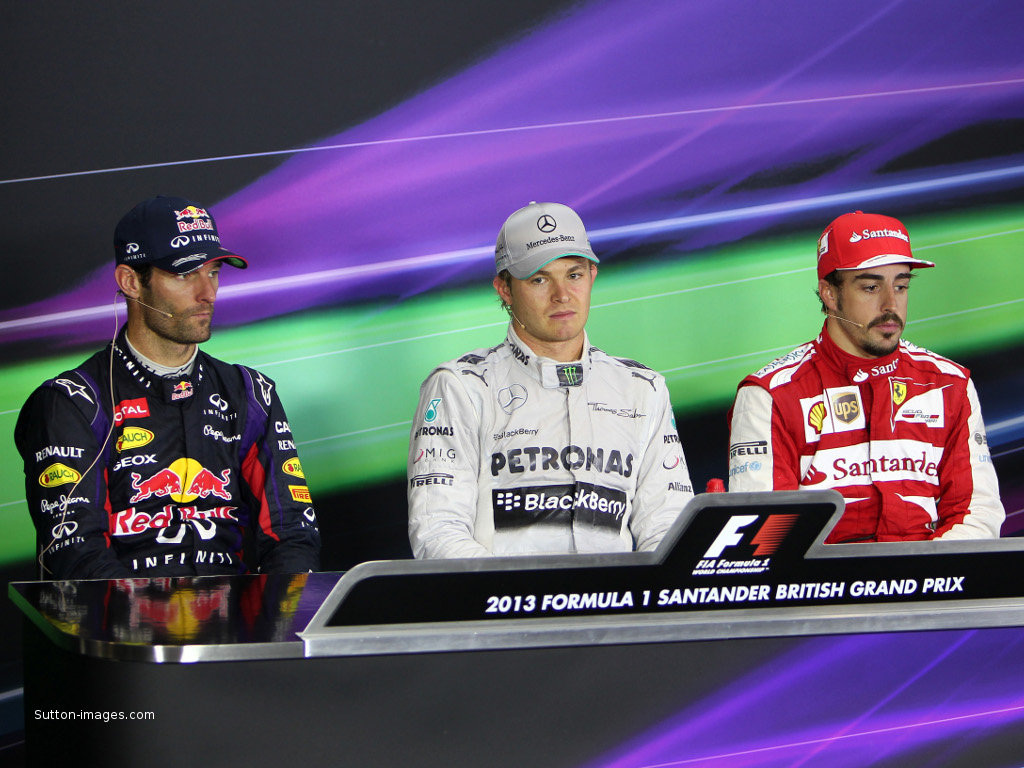 Q: Nico, you’ve kept your cool when all around you were losing theirs. There were tyres going off, there were cars breaking down. Tell me, how do you feel to have won the British Grand Prix?

Nico Rosberg: Fantastic! It’s a very, very special day and I think what makes it more special is that our factory is so close, and our team has done such a fantastic job to come through during the season. We have such momentum going at the moment, progressing all the time. Really, really massively quick in qualifying, also getting faster and faster in the race. I think today we had equally the fastest race car as well. So, it’s a very special day for me. And this goes out… this is for all of my team colleagues working in the factory. I hope many of them have been in the grandstands watching. This one is for all of you out there. Thank you very much.

Q: It was a dramatic race. You had two guys in the front who you had to beat. We lost Lewis Hamilton early in the race, that was a big disappointment to the British fans and then you were charging, you were chasing after Sebastian and then the leader of the World Championship, his car failed right here. What did you feel when that happened?

NR: With Lewis, definitely I feel sorry for all the British fans. It would have been a great race for Lewis here in front of his home crowd – that’s always a massive disappointment, but that’s racing sometimes. When Sebastian stopped, to be honest, I won’t lie, I wasn’t disappointed by that one. And then from then it was a great race to win.

Q: Mark, what a storming drive. You must have thought it was all over, the start didn’t go so well, tell us about it.

Mark Webber: I didn’t have a clue what happened off the line. We’ve had two or three good starts in the last few races and then the lights went out and we’re back to our normal tactics. So, I’m not sure. We need to have a look at why they pop up every now and again. That was frustrating. Then I had, I think it was Grosjean, take the front wing in the first corner, so the first stint was compromised by that. The boys did a great job to put a fresh front wing on at the stop and then we started to get the race underway from there. Obviously there was a lot of people with issues with the tyres which helped a bit but we were lucky not to have any issues. It was a clean race, good strategy. I think that, yeah I would have liked a few more laps at Nico but he deserved the win. He was quick all day, obviously. Little bit of fortune but anyway you’ve got to be there to capitalise. I’m very happy with second, team have done a good job and thanks – last time here in Formula One in front of the British fans – thank you very much.

Fernando, you again drove a storming race. You really got caught out by the second safety car – you were down and had to charge back up through the field. Fantastic drive back into the podium.

Fernando Alonso: Yeah, it was a good race for us. With the last safety car we lost six positions because of the safety car. But overall I think it has been a very lucky race for us. Looking at the problems with the tyres of some of the drivers, we fact we didn’t any problem we have to consider lucky. And then with Sebastian’s problem, as Nico touched on before, we’ve been also lucky to recover some points. At the end it was a very good Sunday and hopefully we put on a good show for the great, great fans. They’ve been here from Thursday to today, supporting all the teams, respecting all the teams. Thank you very much.

Q: The championship, is it blown open now? Here you have a points gain on Sebastian.

FA: Mixed feelings to be honest. Happy for the points, we’ve reduced the gap a little bit in this race but the pace we saw this weekend is not good enough. There were some other Sundays that we lost some points and maybe I was more optimistic. Today we recovered some points but we know there is a lot of work to do. But I trust the team, we are united, we have a difficult weekend, we put the cross and now we think of the next one.

Q: What did you think before Sergio P