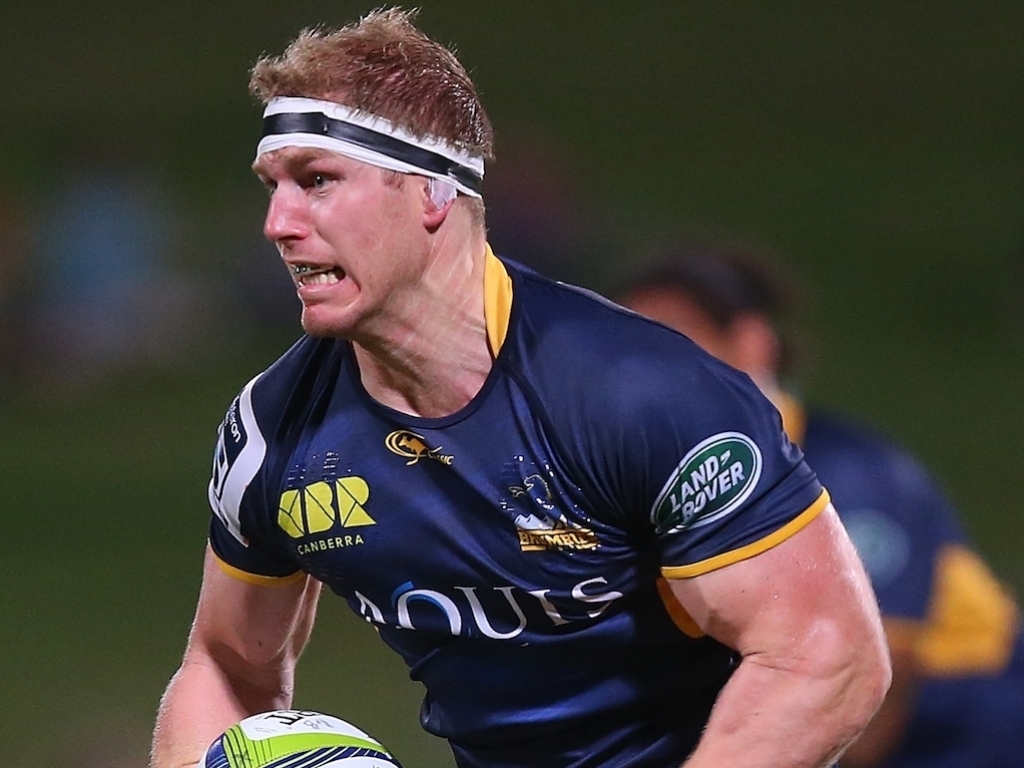 Before the start of Super Rugby 2016 we take a closer look at each of the sides in the competition. Next up, the Brumbies.

After finishing five points away from top spot in the Australian Conference last year the Brumbies look a sure bet to compete for the play-offs in 2016.

With smart recruitment and having retained the core of their squad from last season the Canberra outfit, spearheaded by the outstanding David Pocock, appear to have all the elements for success.

But can they get over the hump after consecutive semi-final losses, which have followed their defeat in the final to the Chiefs in 2013?

Last Year: Four of the Brumbies' first five games were wins over their Australia rivals, giving them a strong lead at the top of the Conference, before falling away to the Waratahs in Sydney. Inconsistency seemed to be an issue after their bye week, with losses to the Blues and Rebels coming in between wins at home over the Cheetahs and Highlanders.

Losing at home to the Waratahs in Round 12 proved to be a pivotal moment in the season, before the Brumbies returned from their tour to South Africa with a one-point loss to the Stormers and a win over the Lions to their name.

With their final round loss to the Crusaders the Brumbies finished sixth and as a result returned to Cape Town to face the Stormers in the qualifying round, where an impressive 39-19 win in which the Brumbies scored six tries, including a Joe Tomane hat-trick, booked a date in the semi-finals with the Hurricanes.

However the trip to Wellington proved a game too far against the Super Rugby finalist's rapid attack, as the Brumbies dropped out in the semi-finals.

A huge part of the Brumbies' success in 2015 was down to their rolling maul, with Pocock often at the tail as he finished the year with eight tries.

This Year: Of the Brumbies departures Nic White's is the most important, given the scrum-half's form off the kicking tee that took the pressure off an out-of-sorts Christian Lealiifano.

However the signing of Tomás Cubelli to replace White is a masterstroke, with Cubelli having stood out as one of Argentina's best players in the last few years. Andrew Smith and Aidan Toua add some extra firepower to the backs.

A tough start awaits Stephen Larkham's squad with visits to GIO Stadium by the Hurricanes and Waratahs, but the Brumbies will hold no fear going to South Africa to take on the Stormers and Cheetahs.

April's three-game stretch against the Waratahs, Crusaders and Highlanders appears to be a key moment in the season before a soft finish after their Round 13 bye week – taking on the Sunwolves, Reds, Blues and Force.

Key Players: Where else to start than with David Pocock, whose return to such a spectacular level of form in 2015 after two major knee surgeries was one of the great stories of the year.

Pocock looks better than ever over the ball at the breakdown but it's his all-round athleicism, unheralded speed to go with his power, that makes him stand out. As a leader and a try-scoring threat, he's vital to the Brumbies title hopes.

Pocock's partner in crime in the back-row of course will be Scott Fardy, the mastermind behind the Brumbies' lineout and now recognised worldwide as one of the best in his position.

Finally, Christian Lealiifano looks set to get the nod at fly-half for the Brumbies against the Hurricanes and after missing out on selection in Australia's squad for the Rugby World Cup, he looks poised for a bounce back year.

Players to Watch: No longer competing for the Brumbies full-back spot with Mogg will be Robbie Coleman. Entering his sixth full season with the side, Coleman managed only one try in 2015 after scoring eight the previous year. Still just 25, Coleman has underrated speed and has proven to be versatile enough to slot in across the Brumbies' back-line.

In the pack Blake Enever came from nowhere to make seven starts in the 11 games he featured in last season, while Scott Sio confirmed at the Rugby World Cup how much he has improved across the board and looks set for a big year.

Prospects: Grouping the Australian franchises in with New Zealand's will make the race for those wildcard spots far more difficult, which makes winning the Australian Conference all the more important. Larkham and his coaching staff have the squad available however to achieve that goal, and look best placed of all the Australian sides to challenge for the title.