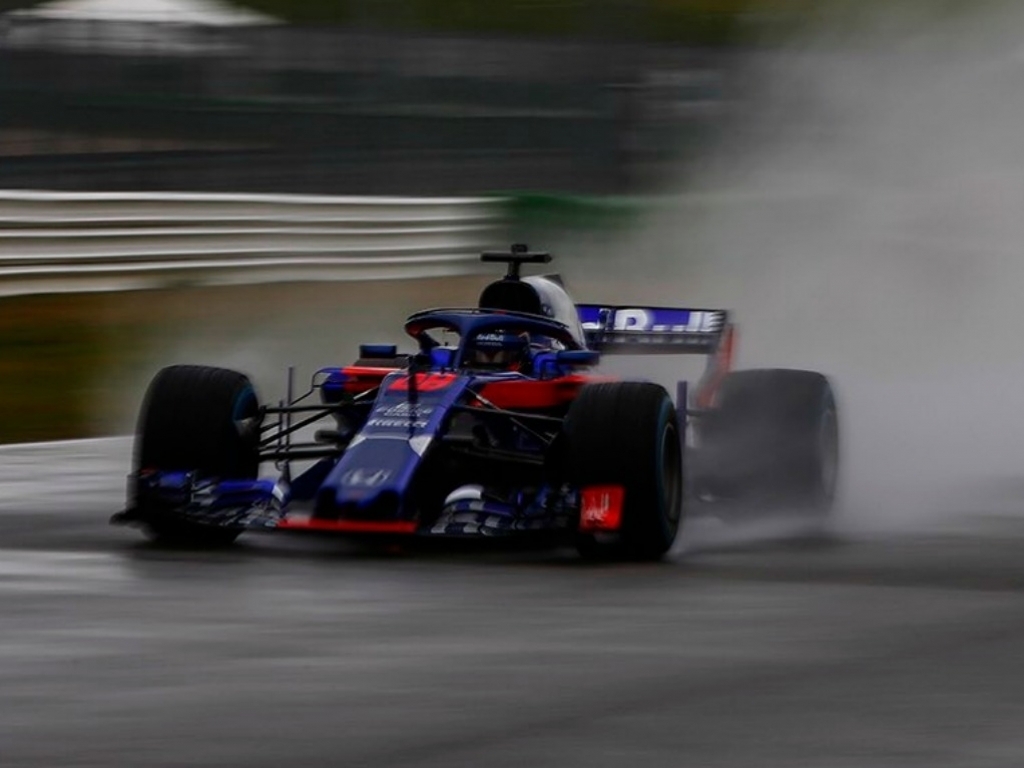 Jokes aside, it seems the only glitch on Toro Rosso’s first day of running with Honda power was a leaked photo of the STR13.

Having released a clip of the fire-up on social media, Toro Rosso responded with good humour to the as-to-be-expected jokes about whether the Honda engine blew up moments later.

The joking, though, stopped on Wednesday as Toro Rosso took to the track in the STR13 for a filming day – and the first on-track moments for the new partnership.

Although the run took place behind closed doors, a photo was leaked, which forced Toro Rosso into releasing their own pic of the car.

Brendon Hartley was behind the wheel of the Halo-adorned car and reported that “the new girl ran super smooth.”

Finally got to put my racing onesie and slippers back on today ☺️ We had our filming day at a very wet Misano in our new TR13. The new girl ran super smooth. A pic was leaked so here Is a sneak peak before the official launch on Monday. @tororosso @hondaracingf1 @giltrapgroup

Pierre Gasly added that it was a “trouble free day, no joke.”