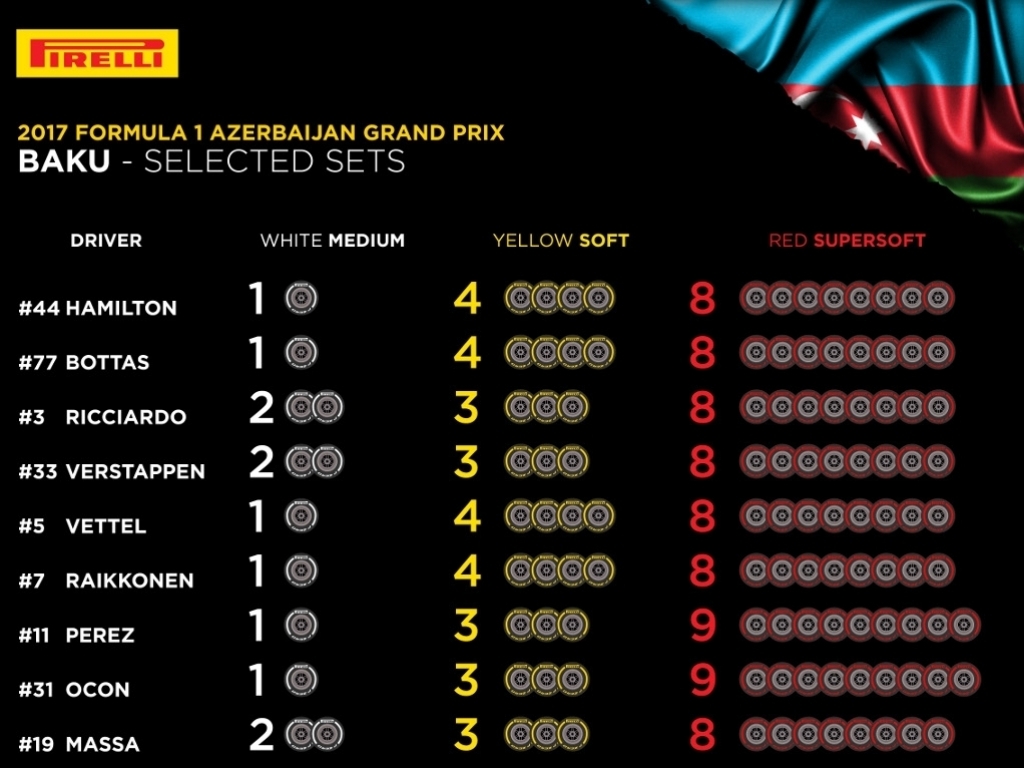 Pirelli’s supersofts are the tyre of choice for this year’s Azerbaijan Grand Prix while Ferrari and Mercedes mirroring their selections.

Title rivals Sebastian Vettel and Lewis Hamilton both have eight sets of the supersofts available in Baku, four softs and one medium.

Their team-mates have gone with the same choices.

Red Bull, with eight supersofts, have chosen three softs and two mediums while McLaren have the most aggressive selection.

Still chasing their first point of the championship, Fernando Alonso and Stoffel Vandoorne have ten supersofts, two softs and one medium tyre to use. 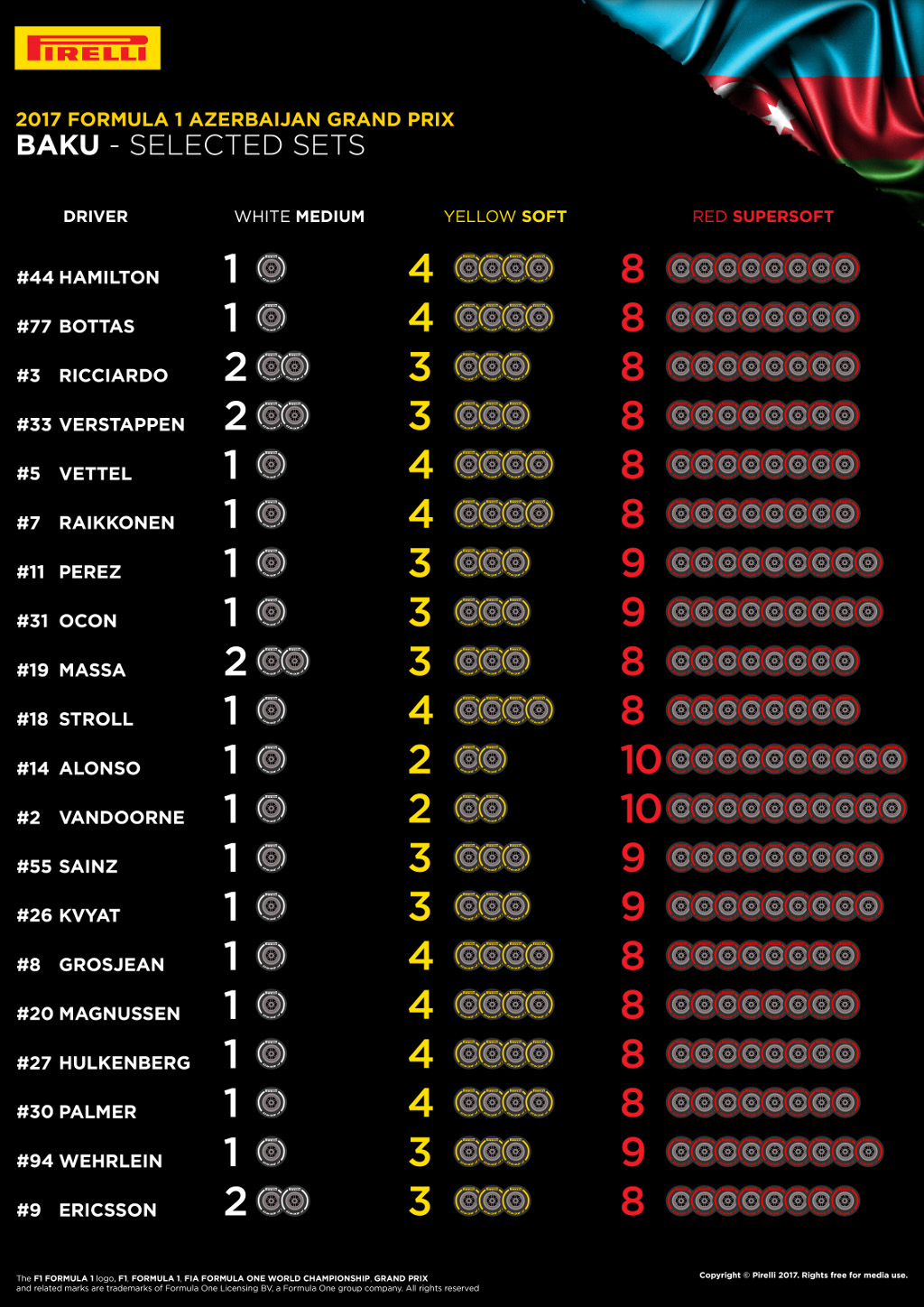