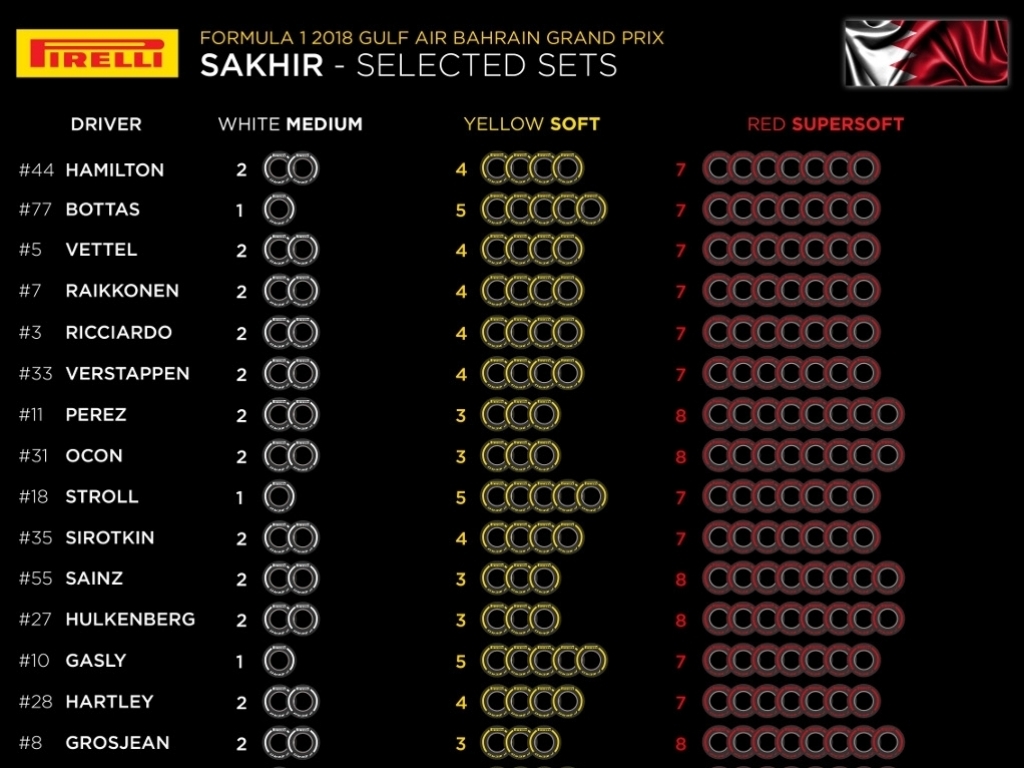 Heading to the heat of Bahrain, Pirelli’s supersofts are the tyre of choice with McLaren opting for as many as nine sets.

While the Mercedes, Ferrari and Red Bull drivers have all taken seven sets of the red-marked Pirellis, Valtteri Bottas has just one set of the mediums and five softs.

Sebastian Vettel and Lewis Hamilton have matched one another set for set with four softs and two mediums as have Kimi Raikkonen and the Red Bull drivers.

McLaren have choosen the most aggressive route with nine supersofts, three softs and one medium.