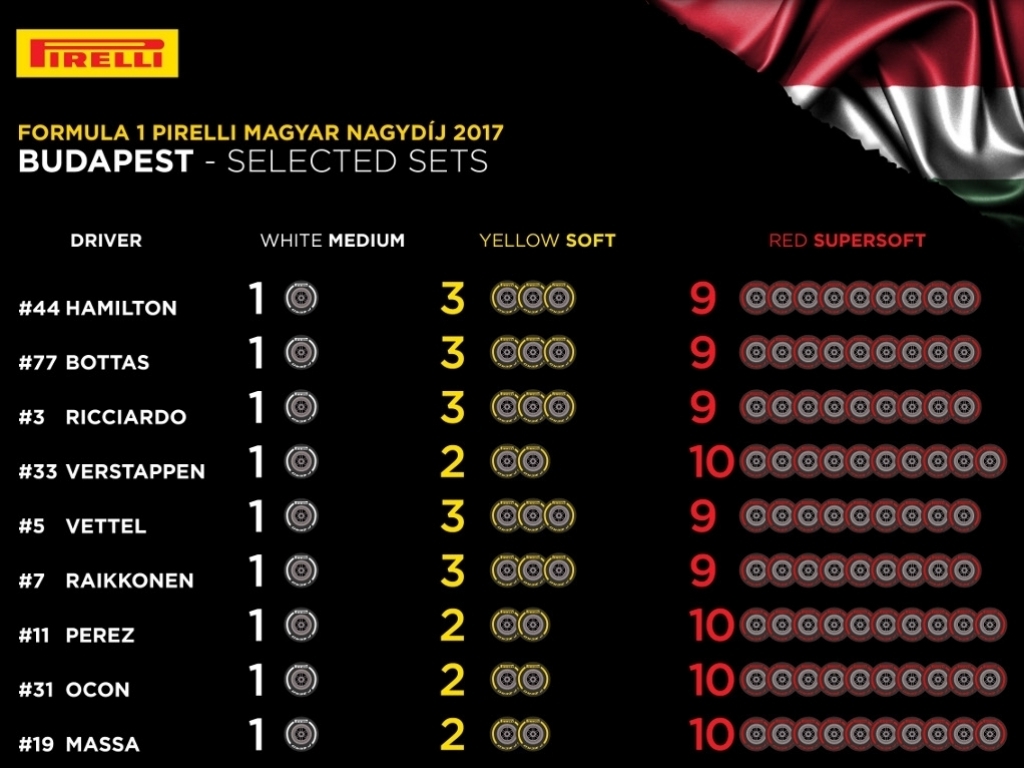 Sebastian Vettel and Lewis Hamilton, separated by one point in the title race, have mimicked their tyre choices for the Hungarian GP, taking nine supersoft sets.

Pirelli have offered the teams the choice of supersofts, softs and medium tyres for the Budapest with the latter seemingly out of favour.

Ferrari and Mercedes have gone with the same selection of nine supersofts, three softs and one medium.

Daniel Ricciardo has opted for the same sets while his team-mate Max Verstappen is taking ten supersofts, two softs and one medium.

As per F1’s regulations, one set of the supersofts must be set aside for use in Q3 while either the softs or mediums must be run during the race. 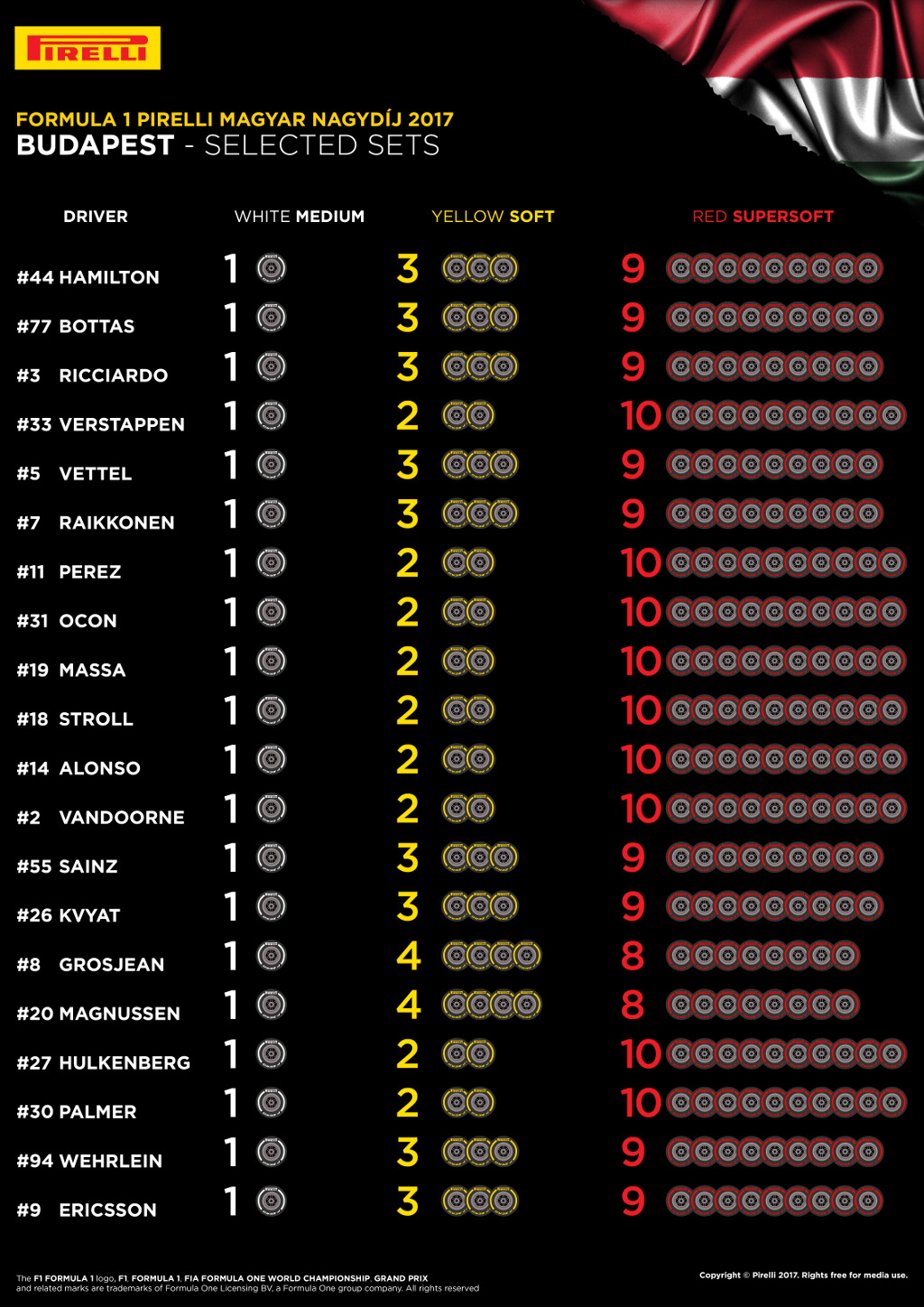