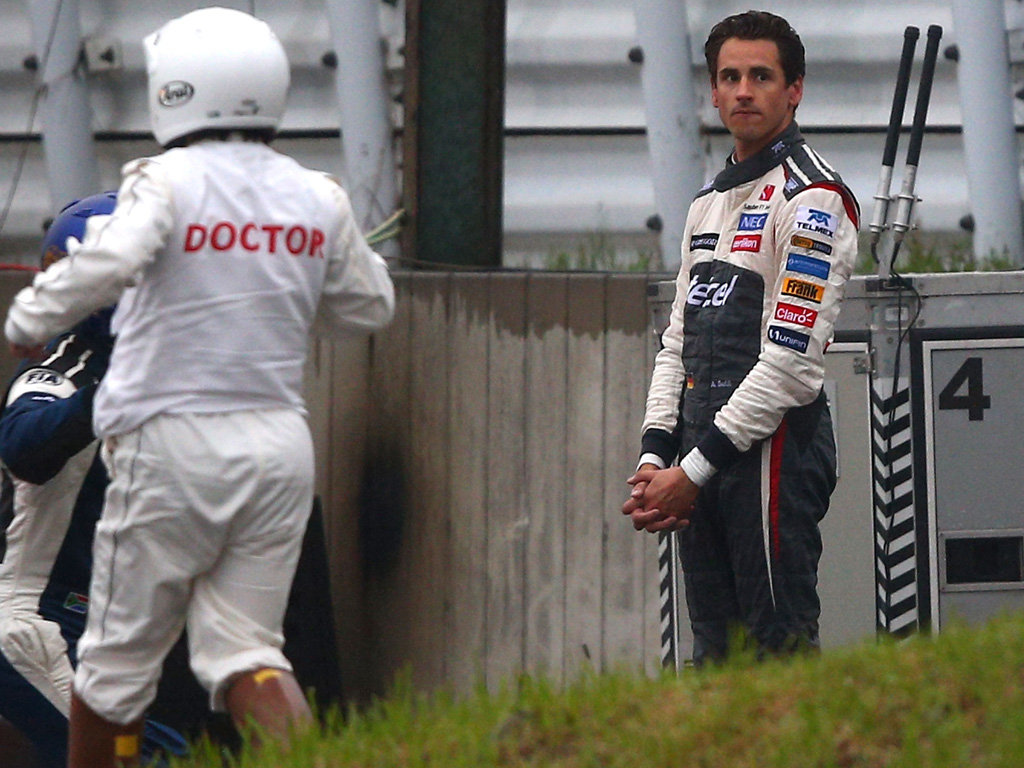 Adrian Sutil has given an eyewitness account of Jules Bianchi’s accident at Suzuka.

Marussia driver Bianchi was taken to hospital after he crashed into a recovery vehicle on lap 44 of the Japanese Grand Prix, but it was Sutil’s crash a lap earlier that led to the unfortunate chain of events.

The German crashed at the exit at Dunlop, prompting yellow flags as the crane emerged on the scene to remove his car from the track. However, Bianchi went sliding off at the same place and hit the recovery vehicle.

Bianchi was first rushed to the medical centre before being taken to a nearby hospital with the FIA confirming he was unconscious.

According to Sutil, the Frenchman hit the crane side on and he added: “The yellow flags were out after I aquaplaned at the corner as the rain got more and more and one lap later with waved yellow flags Jules came around and had the same spin there. It was more or less the same crash, but just the outcome was a bit different.”

“The car [crane] came out to rescue my car and then it all happened.”