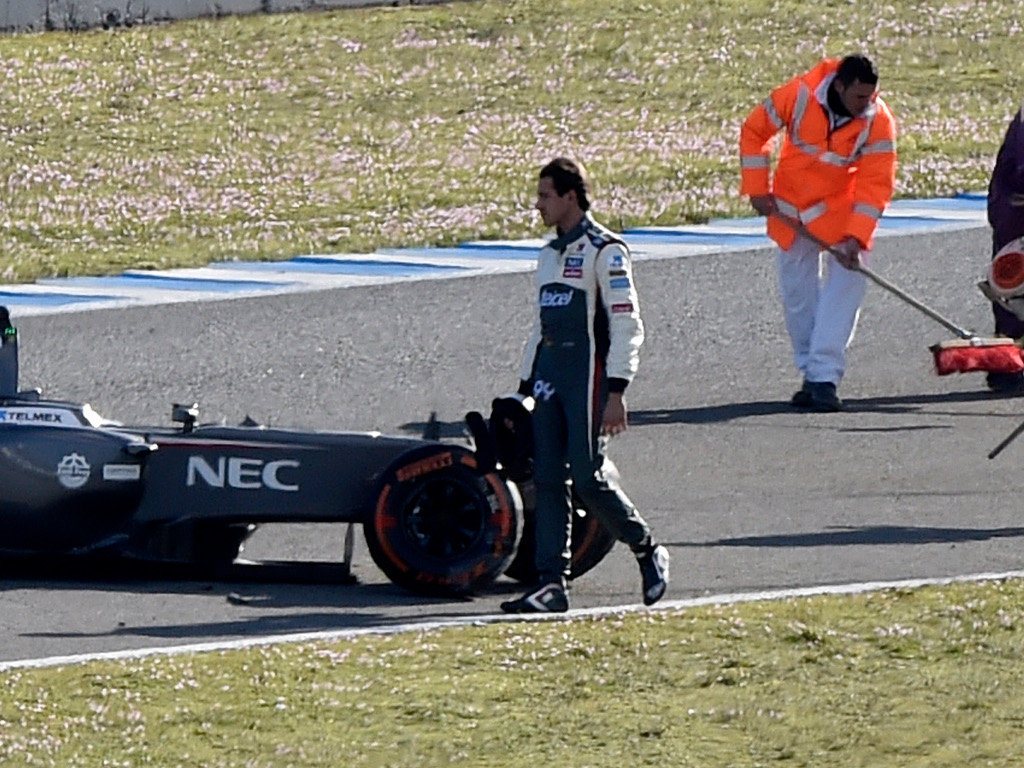 Adrian Sutil has blamed cold tyres for his crash during Thursday’s running at the Jerez circuit.

Putting in the laps in his new Sauber C33, the German lost control and crashed into the barrier at Turn 7.

The impact damaged the car’s nose and front suspension, bringing a premature end to his day’s work.

“Towards the end of the session we did a few installation laps,” the German said.

“On the last one the tyres lost a lot of temperature, it caught me by surprise when I accelerated out of the corner, shifting up from third to fourth on a straight line, and suddenly the car snapped and I went off.”

It was an inauspicious start to Sutil’s Sauber career as the day marked his first out on track with his new team.

But despite his crash, the former Force India driver reckons his team is on the right track with the C33.

“It was nice to be back in a car, as well as in a different team for the first time.

“It was a pleasure, and the team has done a fantastic job to get the C33 ready. It is very different to drive, as it has much more torque and sounds different.

“It’s very quiet, but the power is definitely there. It’s early on, so the systems are not always working exactly as they should. But we did a few decent runs.

“Our biggest issue was the brake-by-wire system, so we still need to work on that. Also to get a feeling for the tyres is quite tricky. The hard tyre is very hard, so it is going to be a big challenge to make them work.”