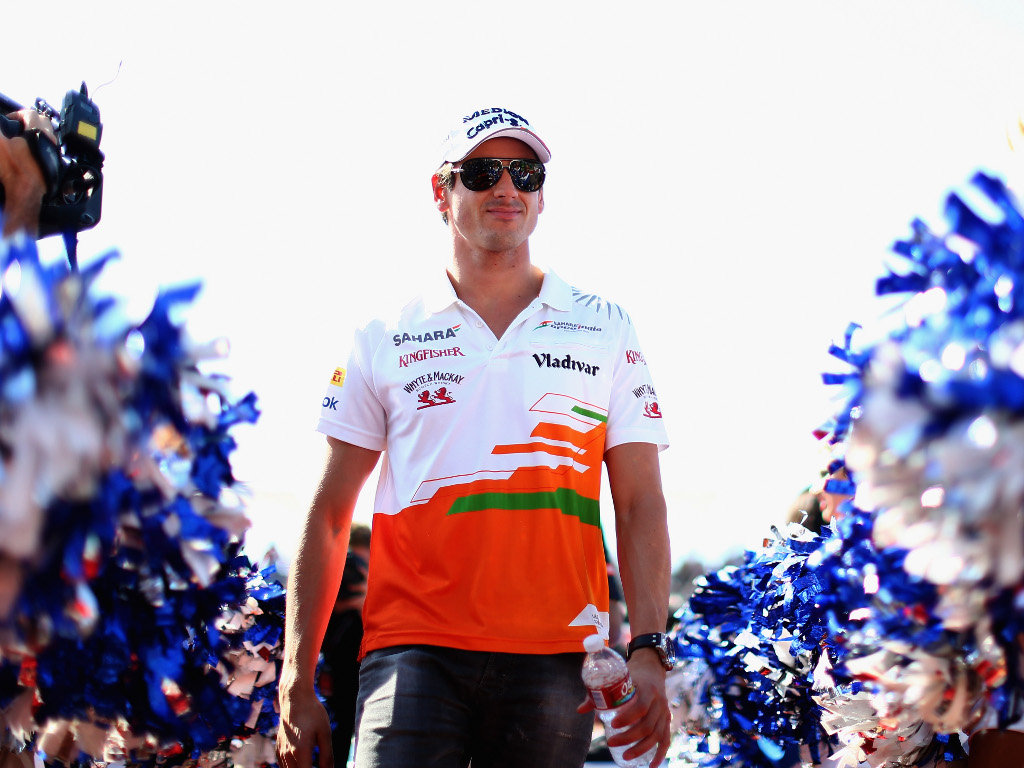 In a widely-rumoured move, Adrian Sutil has been confirmed as one of Sauber’s two drivers for 2014…

In a widely-rumoured move, Adrian Sutil has been confirmed as one of Sauber’s two drivers for 2014.

The 30-year-old effectively makes a straight swap with Nico Hulkenberg, who joins the German’s outgoing team, Force India, next year.

Some might consider Sutil somewhat fortunate to have secured the Sauber seat, considering that in 2013 he was outscored and out-qualified by teammate Paul di Resta, who appears likely to lose a F1 seat altogether next year.

Sutil’s new teammate at Sauber has not yet been confirmed, though Esteban Gutierrez is expected to stay on for a second season.

Sauber team boss Monisha Kaltenborn confirmed Sutil’s move had been in the works for quite some time.

“We have been wanting to work together with him for a while,” said Kaltenborn. “Adrian had already visited the factory at the end of September to have a look at the infrastructure.

“Adrian is not only very fast, but also brings a lot of experience, which is very important looking at the new regulations for next year.”

Sutil said he was glad that the negotiations, which proved to be more protracted than initially expected, had been finalised.

“I am very happy that we found common ground. Although I have known for a while where I wanted to go, in the end the negotiations took a bit longer than planned,” he said.

“However, now I will have all the more reason to celebrate during the Christmas season. I’ve been in contact with Monisha for a while and she always gave me the feeling my qualities are valued.

“After six good years driving for Force India, with a lot of highlights, it’s now time to embark on a new challenge. I am determined to do my part in order to have a successful future together with the Sauber F1 Team.

“The long and successful tradition in motorsport, combined with an impressive factory and one of the best wind tunnels in F1, have been fascinating me for a long time.

“Thank you to Peter Sauber and Monisha Kaltenborn for your trust in me.”

Sutil’s confirmation leaves just four 2014 seats unaccounted for – two at Caterham, one at Marussia and one at Sauber.