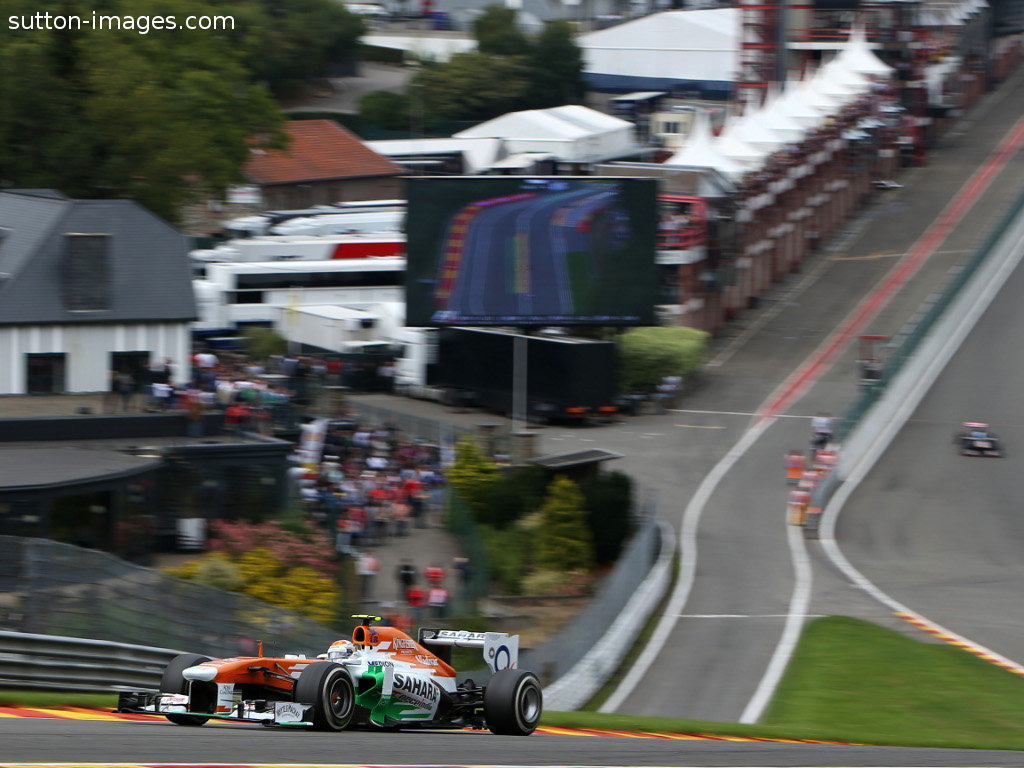 Adrian Sutil fears this season the F1 drivers won’t be able to tackle Eau Rouge flat out due to the nature of the 2014 cars.

This season, Formula 1 took steps to decrease the downforce of the cars meaning there is less grip especially in the corners.

Sutil reckons that will be notable this weekend at the high-speed Spa-Francorchamps circuit and could force drivers to lift through Eau Rouge.

“Eau Rouge is one of my favourite corners, and this year it will be difficult to go flat out due to less downforce,” he said of Spa’s most famous corner.

The Sauber driver, though, is a fan of the track, which he rates as one of the best on the calendar.

But whether it will yield his first points of this season remains to be seen.

“As Spa-Francorchamps is my favourite track, I am really looking forward to the race weekend,” he said. “The atmosphere is great as there are always many fans.

“With the new cars we will have more top speed and less grip, so it will be interesting to see how it will be to drive under these conditions.

“In Spa I expect a highlight to the season regarding this year’s Championship. I have always achieved good results on this track and have some nice racing memories.

“Regarding the set-up, there are two variations: either you are fast in sector two and relatively slow on the straights or vice versa. Both set-ups can result in the same lap time. I would rather tend to go more for top speed.

“Generally, there are several high speed corners I like in Spa. The double-lefthander (Pouhon), for example, is one of them. Every corner is nice to drive as they all have a nice flow to them.”