Home Uncategorized Sutil: I have lost respect for Lewis 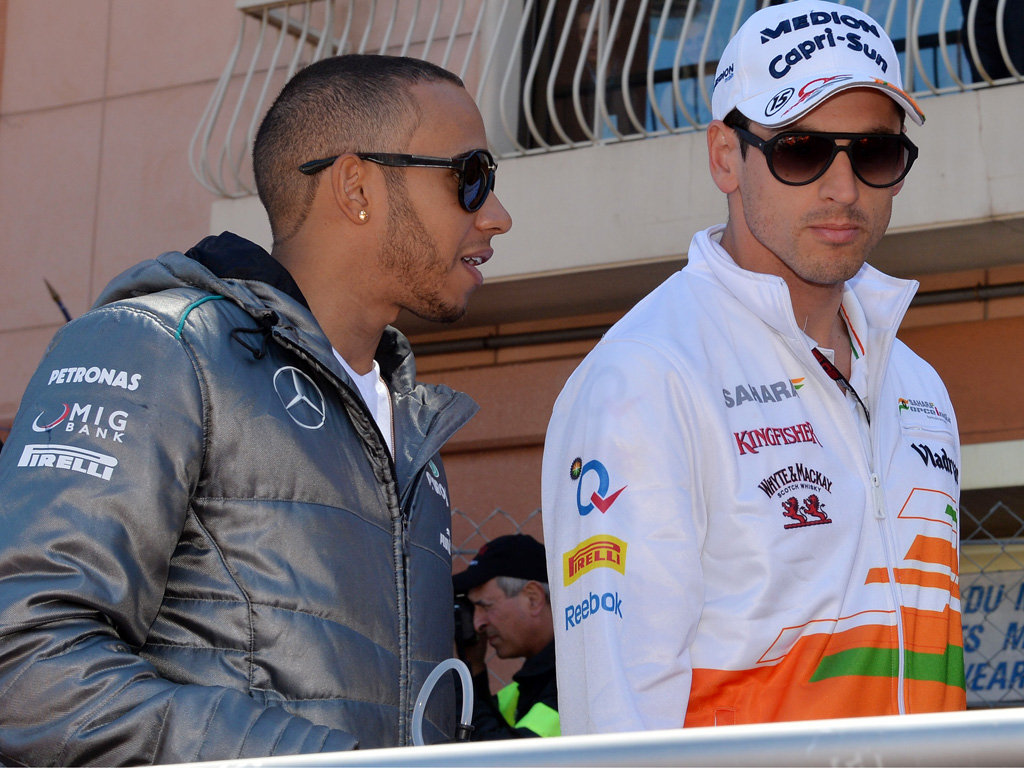 Adrian Sutil has revealed he is still waiting for a call from Lewis Hamilton over their fallout.

The pair were close friends at the start of their F1 careers, but that changed a few years ago when Sutil was forced to stand trial over a nightclub incident after the 2011 Chinese Grand Prix.

Hamilton was asked to testify, but he decided not to take the stand. Sutil was eventually convicted of grievous bodily harm, but he lashed out at Hamilton calling him a “coward” and saying he no longer regarded him as a friend”.

Hamilton admitted at the Monaco GP this year that “things are definitely different” but they “plan to get together at some stage”.

However, Sutil has revealed that they are yet to clear the air and he remains quite upset with Hamilton.

“No, no [we haven’t spoken about it still],” the German told GP Week. “For some reason he never contacted me again… He always said he is my friend but he wishes to suddenly disappear – he changed his [telephone] number.

“I saw him here in the paddock [in Hungary] and he always said ‘yeah, we can sit down and talk about it’, but he never arrived. So these kinds of people I don’t really respect.

“I respect him as a sportsman, but I think in private he’s not on my level and I don’t need to waste time with those people. I’m happy that I realised what kind of a person he is. I have good friends, people I can learn from, and this is the most important. I’m happy that I found out earlier rather than later.

“Here on the circuit, this is business, he’s a great racing driver but we haven’t really spoken about it.”