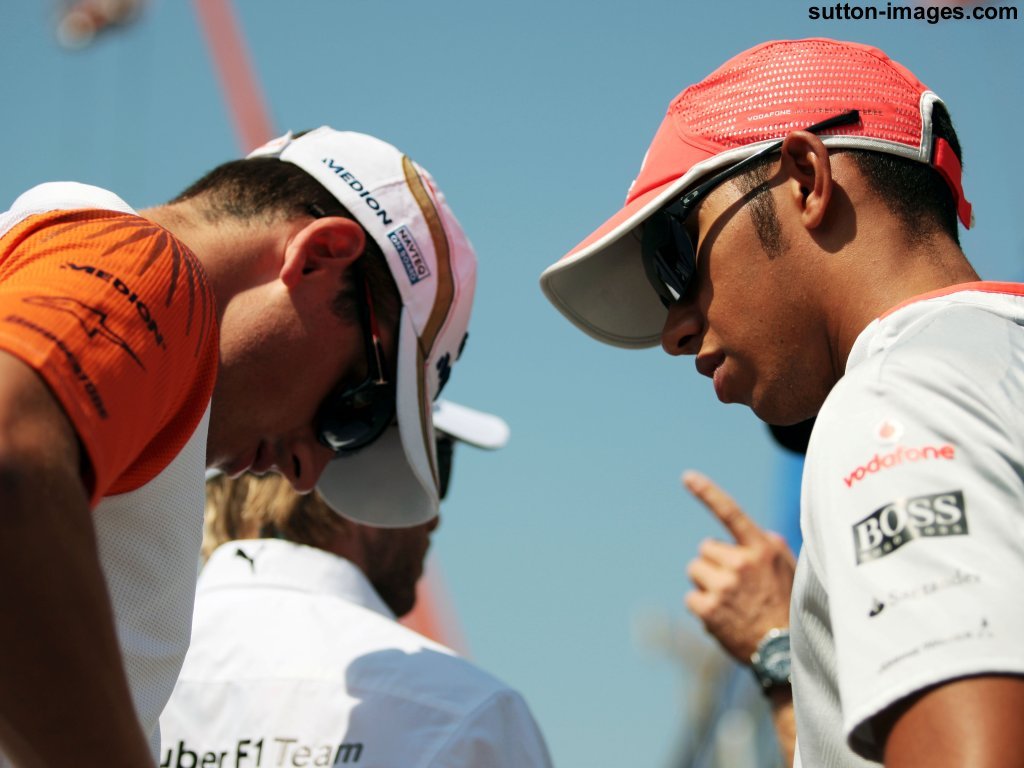 Adrian Sutil has slated Lewis Hamilton following his trial, branding the McLaren driver a “coward” and saying he no longer regards him as a friend…

Adrian Sutil has slated Lewis Hamilton following his assault trial, branding the McLaren driver a “coward” and saying he no longer regards him as a friend.

Sutil was on Tuesday found guilty of causing bodily harm to Lotus co-owner Eric Lux following a brawl at a nightclub in Shanghai last year. He was handed a suspended 18-month prison sentence and a €200 000 fine by a Munich court.

The 29-year-old, who was dumped by Force India for the 2012 F1 season, has admitted that he could “take some time out” and “do something completely different”.

Sutil also slammed Hamilton, who was with him when the incident took place, after the 2008 World Champion failed to give evidence at his trial on Monday and Tuesday due to commitments with McLaren.

Hamilton, who had been friends with Sutil since he made his F1 debut, said in a written statement to the court that he could not remember the details clearly.

“Lewis is a coward, I don’t want to be friends with someone like that,” Sutil is quoted as saying by Germany’s Bild.

Sutil said that Hamilton was “not a man” adding that “even his father sent me an SMS wishing me luck” for the court case but “from Lewis there was nothing”.