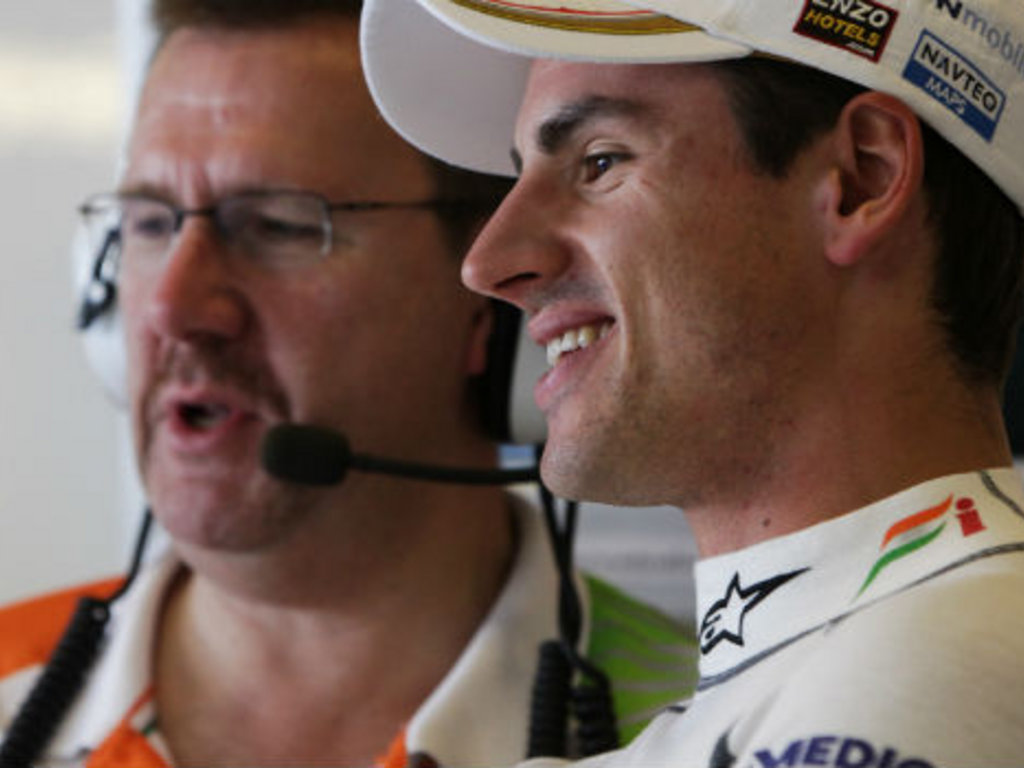 It will come as no surprise to hear that Adrian Sutil is relishing his time back in Formula One after a one-year absence.

Sutil lost his seat at Force India to Nico Hulkenberg last year and was unable to find another spot on the grid. However, with Hulkenberg moving on to Sauber, Sutil saw off competition from Jules Bianchi to secure a race-seat with the Silverstone outfit once more.

The German put up an impressive showing in Sunday’s season-opening grand prix in Australia, coming home in seventh spot after twice leading the race.

“It was great fun to come back with a perfect race like that. I enjoyed it a lot,” to told the official Formula One website.

“Sahara Force India gave me this chance to come back. Without them I wouldn’t have had the opportunity to show such a performance.

“It was great to lead an F1 race for the first time,” he added. “I think it was 14 laps and I enjoyed each of them, but I was realistic and knew that a win or podium at this race was not realistic. But I fought hard to stay in front as long as possible.”

Sutil believes that the ability to choose his tyres first up after finishing outside of the top ten in qualifying helped him immensely.

“I was very lucky to have the chance to decide which tyres I will start with,” he explained.

“And we decided to start on the medium ones. This choice was the right one and I could even have stayed out for some more laps on them. The car felt fantastic and so I was even able to take the lead as all the others ahead of me had to pit earlier to take new tyres.”

The 30-year-old is confident that Force India can place consistently in and around the top tier of teams.

“I’m convinced we should fight consistently for points,” he asserted. “We need to improve and push hard, but this car looks great and gives me a lot of confidence that we will be successful. These guys in the factory and at the track did a fantastic job. Thanks for such a good car.”