Home Uncategorized Sutil out, Di Resta and Hulkenberg in 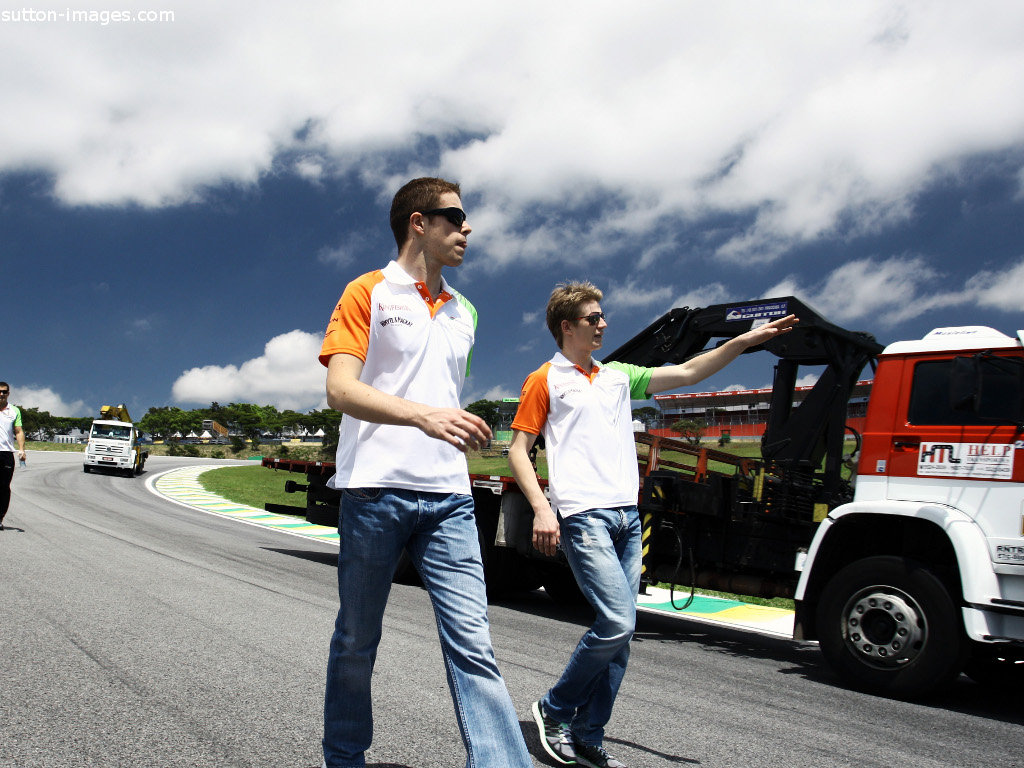 Force India have said their goodbyes to Adrian Sutil and have introduced Paul di Resta and Nico Hulkenberg as their drivers for 2012.

The news was not unexpected as Force India have been hinting for quite a while that they will opt for a Di Resta-Hulkenberg pairing.

Di Resta made his F1 debut this season and scored an impressive 27 points as he finished 12th in the Drivers’ Championship.

“I’m really looking forward to my second season of Formula One and continuing to grow and develop with Sahara Force India,” the Scot said.

“I’ve said all along that I love being part of this team: they are ambitious, hungry for success and we work well together. I’m really excited about 2012 and there is a real sense of belief that we can continue to push the top teams and take another step forward. I’d also like to thank the team for all their hard work this year and for all the support they’ve given me. I’ll take some time out over the next few weeks to recharge my batteries and hopefully come back even stronger in 2012.”

Hulkenberg, who drove for Williams in 2010, acted as the Silverstone-based squad’s reserve and test driver.

“I’m obviously delighted to be staying with Sahara Force India and to be given the chance to race next year,” The German said.

“It wasn’t easy to watch from the sidelines this season, but I did my best to help the team and show what I was capable of.

“I’m extremely motivated for 2012 and would like to thank everyone for believing in me and giving me this chance. I’m keen to get down to work over the winter to develop our new car and help the team build on this year’s achievements. The first test in Jerez can’t come soon enough.”

“I think Paul caught the eye of everybody in the pit lane during his rookie season. His speed, maturity and racecraft confirmed that we were right to believe in him and we look forward to working with him again next year.

“As for Nico, we identified him as a rising star at the end of 2010 and chose to evaluate him during the course of this season. Despite having only limited time in the car, he convinced us that he deserved a race seat for 2012.

“Our new line-up means we say ‘goodbye’ to Adrian Sutil, who has been with the team since we entered the sport. He has been an integral part of our success over the past four seasons and we wish him well for the future.”

The decision leaves German Sutil, who picked up 42 points this campaign, without a seat. He has been linked with Williams in recent months.