Home Uncategorized Sutil: Pace will increase by 4s per lap 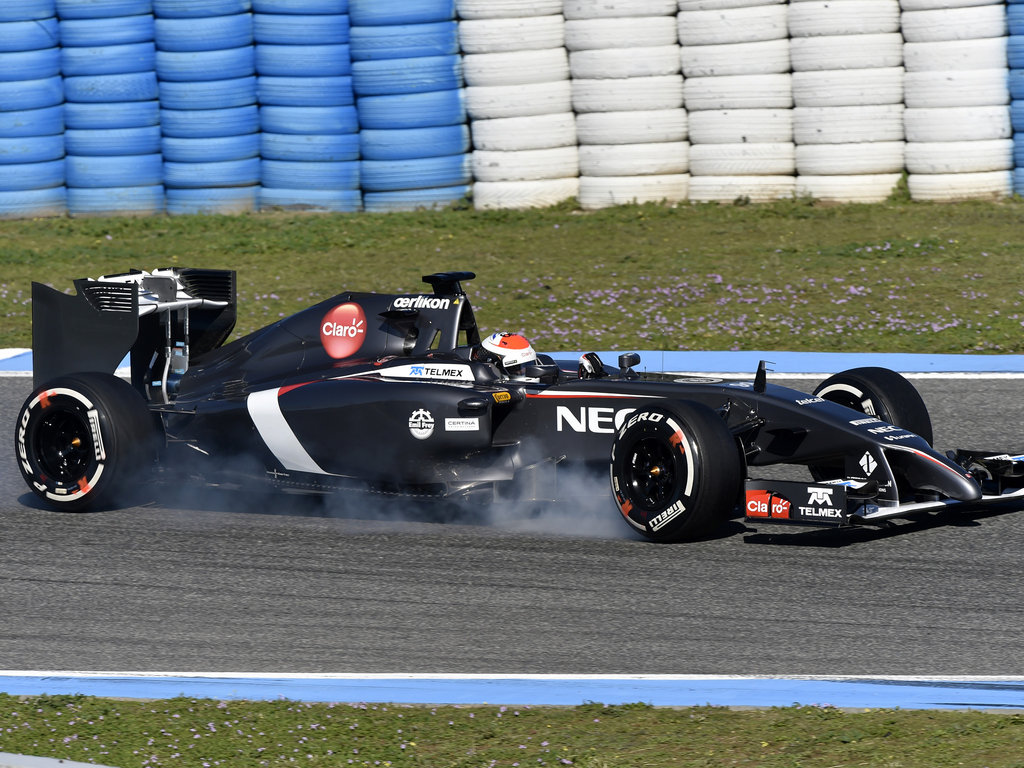 Such is the rate of development in F1 that Adrian Sutil believes this year’s cars will speed up by four second a lap before the end of the season.

This year’s Championship has seen the biggest technical shift in Formula One in more than a decade with the sport switching to 1.6-litre turbocharged V6 engines with ERS.

The teams had their first taste of the new machinery this past week at Jerez where they spent – or at least tried to – four days putting in the laps.

The week’s fastest time belonged to McLaren rookie Kevin Magnussen with a 1:23.276.

And although that was down on last year’s best lap time, Sutil believes it’s only a matter of time before the teams begin to pick up the pace.

“It [the new car] is not boring to drive,” the Sauber driver told ESPNF1. “You have got to do a lot of work to keep it on the circuit. It is just very low grip and the car is always moving around.

“But it is just a question of time. We have seen over many years with new regulations once it gets going the teams pick up seconds every month or every two months and the cars improve.

“So, I expect a gain of at least four seconds by the end of the season. There will be a huge step and then hopefully F1 will be fast enough again.”

The German also weighed in on the effect the new regulations have on the tyres.

Sutil, who blamed cold tyres for his crash on Thursday and then followed that up with a spin on Friday, says it is harder to get heat into the rear Pirellis.

“Yes, in cold races for sure – it will be a big problem. We have lost the blowing effect and now we really see how much we relied on that. It had a big effect and now it is gone. Also we now have a single wing in the rear. There is so much load missing. The traction has gone down by a big, big step.

“The car is quite tricky on power and the lack of grip and the lack of traction is huge compared to last year. It caught me again [on Friday] on an installation lap in second or third gear [before he spun].”