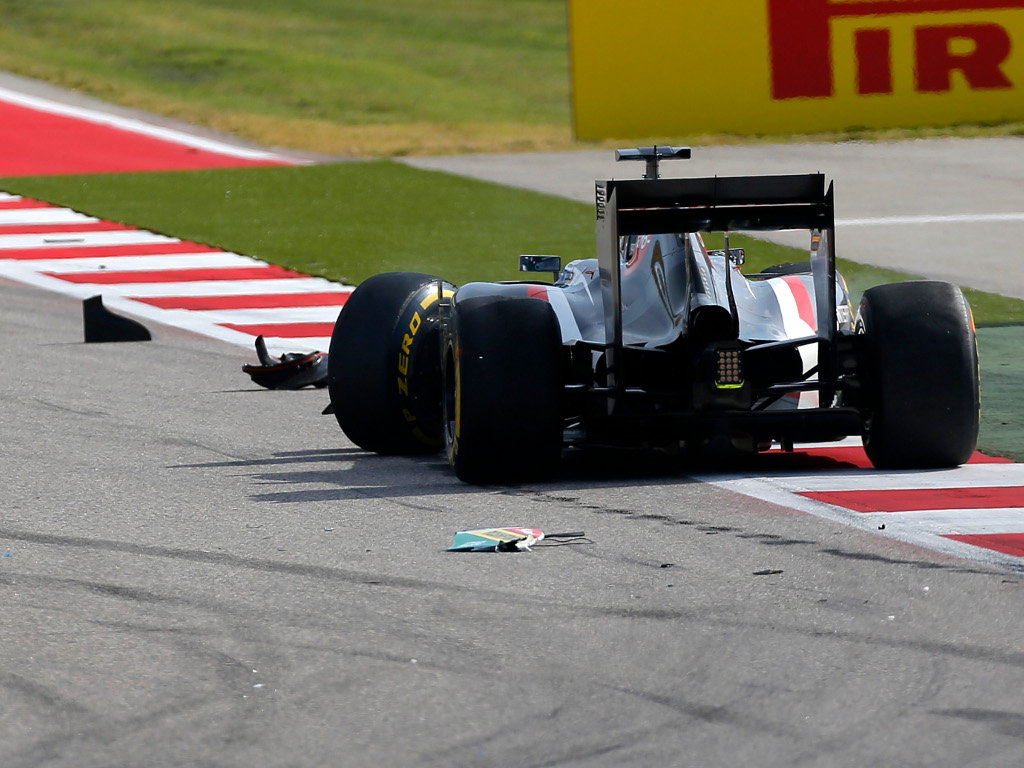 Adrian Sutil was left to lament what could have been after being taken out of Sunday’s US GP while inside the top ten.

Having made it into the final qualifying shoot-out at the Circuit of the Americas for the first time this season, Sauber were hoping to finally score a point or two in the Championship.

P8 after the first lap, Sutil was taken out of the grand prix by Sergio Perez as the Mexican racer smacked into the side of his C33.

With debris all over the track, the Safety Car was brought out, however, the damage to Sutil’s car was too severe for him to even limp back to the pits for repairs.

“Unfortunately, it was a short race,” stated the German.

“I had a good start and was in a promising position. Sadly Sergio crashed into my car, which was completely needless.

“It is very disappointing that we missed our biggest chance of points because of this move.”