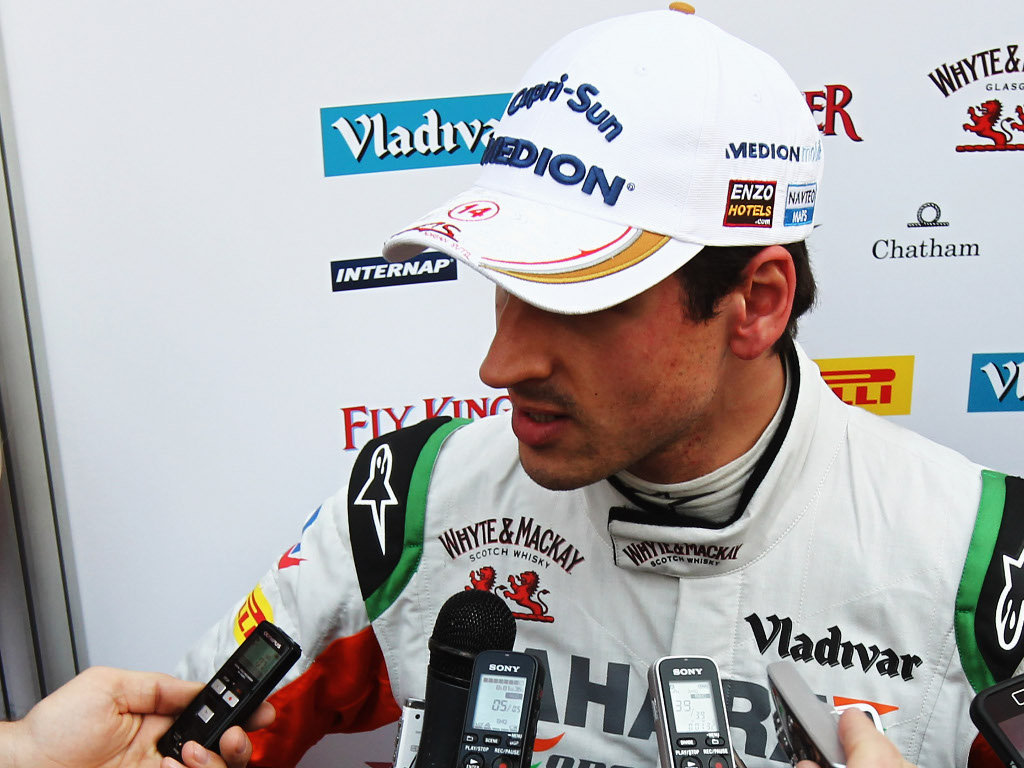 Adrian Sutil will be confirmed as a Force India driver later today, according to reports…

Adrian Sutil will be confirmed as a Force India driver later today, according to reports.

The German tested for the team last week at Barcelona in a bid to secure the team’s second race seat alongside Paul di Resta.

Sutil, though, was up against test driver Jules Bianchi for the drive. However, Force India had stated in the past that they would rather the Frenchman remained a third driver for another season.

And it appears that is what will happen.

The team is expected to announce later today that Sutil has beaten Bianchi to their second seat. The Frenchman, though, will stay on with the team in a test driver role.

Sutil last raced in 2011 before being dropped by Force India amidst his legal woes.