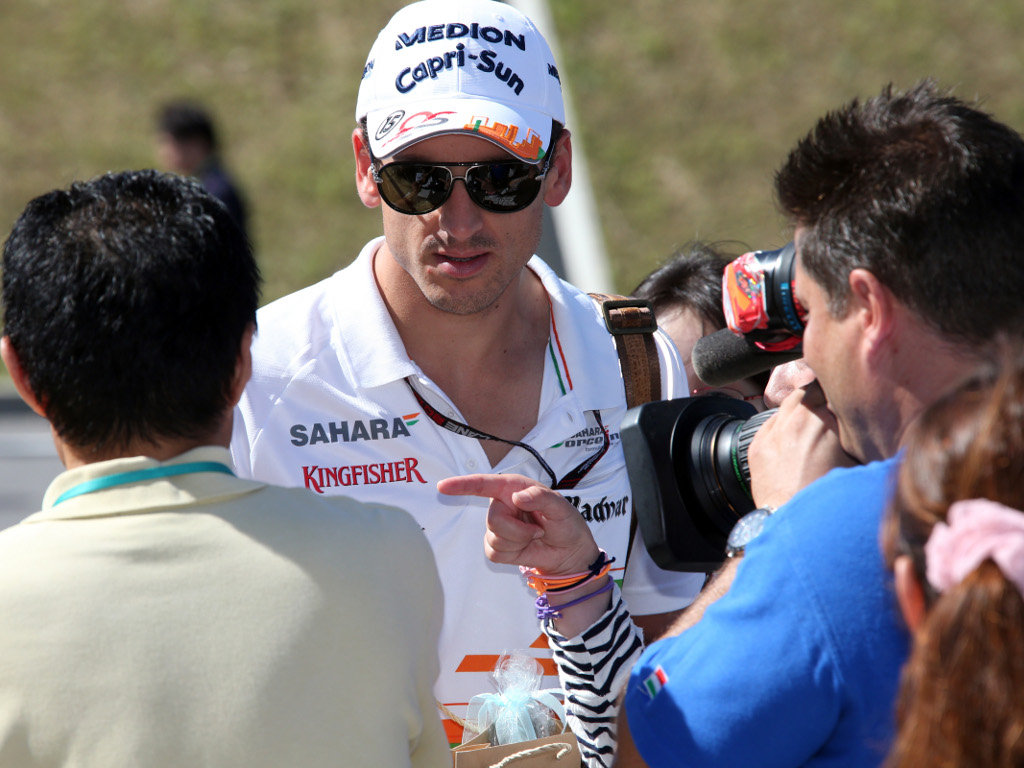 Adrian Sutil is looking forward to a “very good year” in 2014 while Paul di Resta admits he is facing an uncertain future.

Force India are yet to confirm their drivers for the new campaign, but Sutil – who returned to the team this year after spending the 2012 campaign on the sidelines – has admitted they have held talks and he is feeling positive over keeping his race seat

“Yes, of course,” the German told Reuters about negotiations with the Silverstone squad. “I know them very well after so many years. It’s open talk.

“Half the field is uncertain. No one knows where it goes, it can change very quickly. Even a contract doesn’t mean a lot nowadays.”

He added: “I’m looking to a good future next year and it should be, hopefully, a very good year.

“It has to be a good one because we stopped very early (this year) with the development. So the car has to be doubly good next year.”

Di Resta, though, isn’t feeling quite so upbeat about his chances and his manager Richard Goddard recently admitted “it’s difficult to know what will happen next year”.

Di Resta echoed those comments but that goes for quite a few drivers on the grid.

“It’s tough because of circumstances that don’t help drivers that don’t have big funding. The team know knows what I can do. They gave me the tool to achieve what I can.”