Home Uncategorized Sutil: Vettel slowed the pack too much 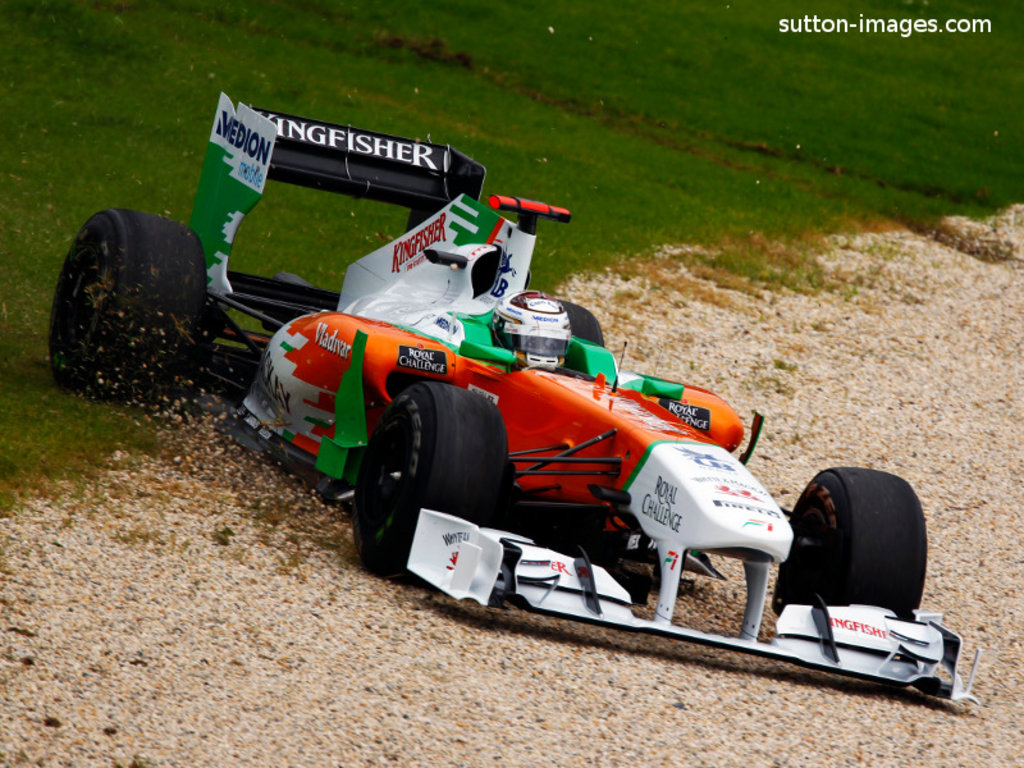 Adrian Sutil feels his drive-through penalty at the Canadian Grand Prix came as a result of Sebastian Vettel backing up the pack too much after the restart.

Sutil found himself in P10 when the safety car was deployed on lap 37 following Fernando Alonso’s collision with Jenson Button. However, things turned sour for the Force India driver after he touched the back of Nico Rosberg’s Merc shortly before the race was restarted. A few laps later he was slapped with a drive-through penalty for overtaking under the safety car.

The German explained afterwards that most his woes were down to Vettel’s decision to bring the pack to a near standstill before the restart.

“The race started to go wrong for me when I touched Rosberg’s rear tyre under the safety car for Alonso’s crash,” he said.

“Vettel slowed down the pack so much, and I almost had to stop. My wing was damaged but the car felt okay and my pace was still good. I caught (Toro Rosso’s Jaime) Alguersuari and I decided to take the risk of switching early to slicks. Then I got a drive-through penalty for overtaking Rosberg under the safety car. He slowed down on the straight because he thought he had a puncture, so that is something that I was surprised about. There was no other chance for me to react. I think was a little bit unlucky.”

Sutil was eventually forced to retire on lap 53 with a broken suspension.

“It’s never nice to retire from a race, and it’s the first retirement of the year for me,” he said.

“This kind of race you just want to finish. There’s always a possibility of points. Both of us had a big chance to get points, but at the same time you have to take some risks. That’s what I did in the end. I was a bit unlucky in turn seven when I lost the rear and touched the wall. The suspension broke and I had to give up.”