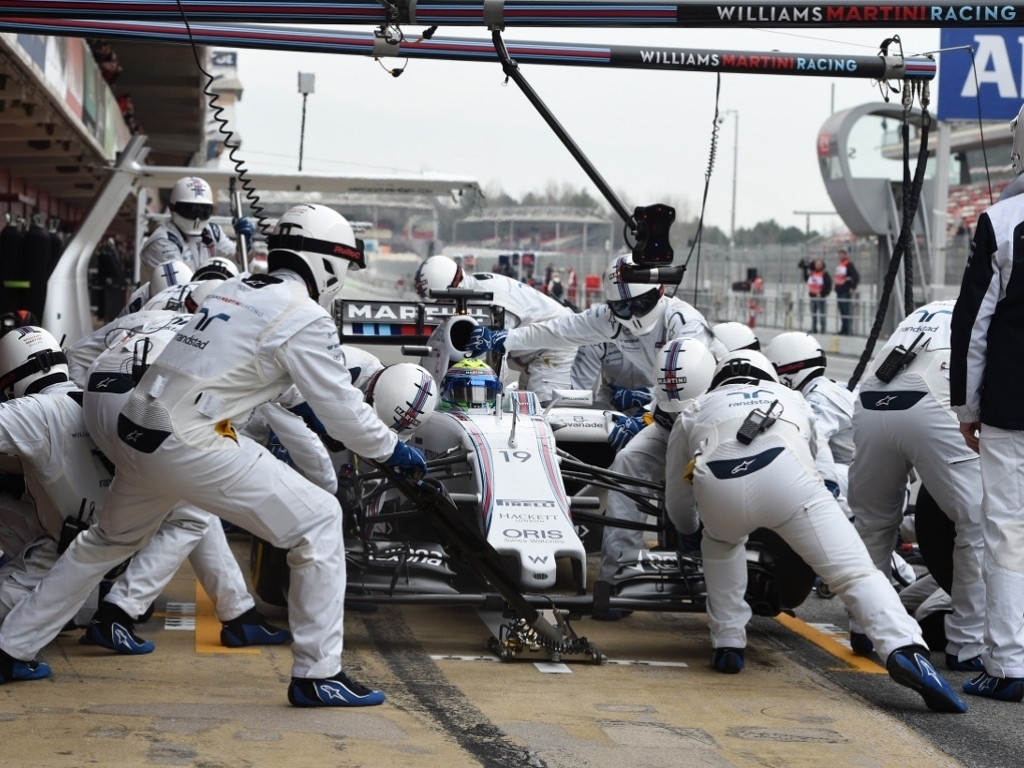 Back on the podium last season, Pat Symonds is adamant Williams will fight for race victories in 2015.

After a dismal few years, Williams experienced a resurgence in 2014.

Racing back at the front, the Grove team secured nine top-three results on their way to third in the Championship.

The team, though, often went for a more conservative strategy, opting not to risk the opportunity of a podium by fighting for the race win.

This season, however, Symonds insists Williams will be chasing the race win.

Asked whether he believed Williams could fight for 'outright victories' this season, the technical chief told ESPN: "Yes I do.

"I call this year a consolidation year because what's really important after a season like '14, where we really did tip things on their head and got it all working, we need to make sure we keep it like that. It's important to consolidate. That's if you like a business ambition.

"It was so important last year to just get a few points every race, just keep momentum. I feel we can now recover well from any situation. So if we do take a slightly risky strategy and it doesn't come off we'll still be OK, it won't be a disaster.

"I have very firm rules of how I do risk assessment so I think we'll be OK and if we have potential in the car we'll certainly do what we can to challenge."