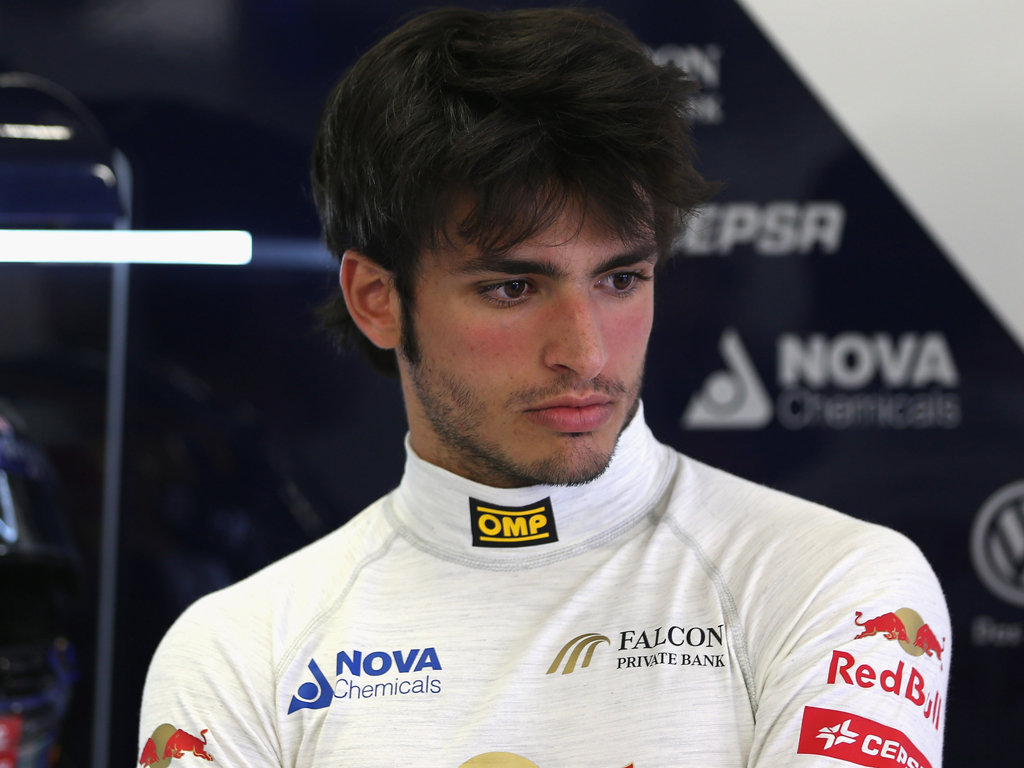 Carlos Sainz says it is his son’s “exceptional talent” and not his name that has seen him secure a Formula 1 race-seat for the 2015 season.

And although he comes into the sport with the Sainz name behind him, Sainz insists it is talent that has earned the reigning Formula Renault 3.5 Champ a seat.

“There have been times where the surname has benefited him and no doubt that it has affected him,” two-time WRC Champion Sainz told Marca.

“In the end, though, Formula 1 is not reached by a surname and even less so with a team like Red Bull’s junior team.

“They have assessed a lot of data.”

Sainz Jr will make up half of the 2015 grid’s youngest line-up as the 20-year-old partners 17-year-old Verstappen.

And although conceding his son “comes in very young”, he is confident he is “prepared” for F1 having won the Formula Renault 3.5 title with “good numbers.”

“I sincerely believe that he arrives ready to do a good job. He has an exceptional talent, more than people think, and I hope he can prove it,” he said.

He added: “Reaching Formula 1 is difficult but I have also said that to stay will be more so.”