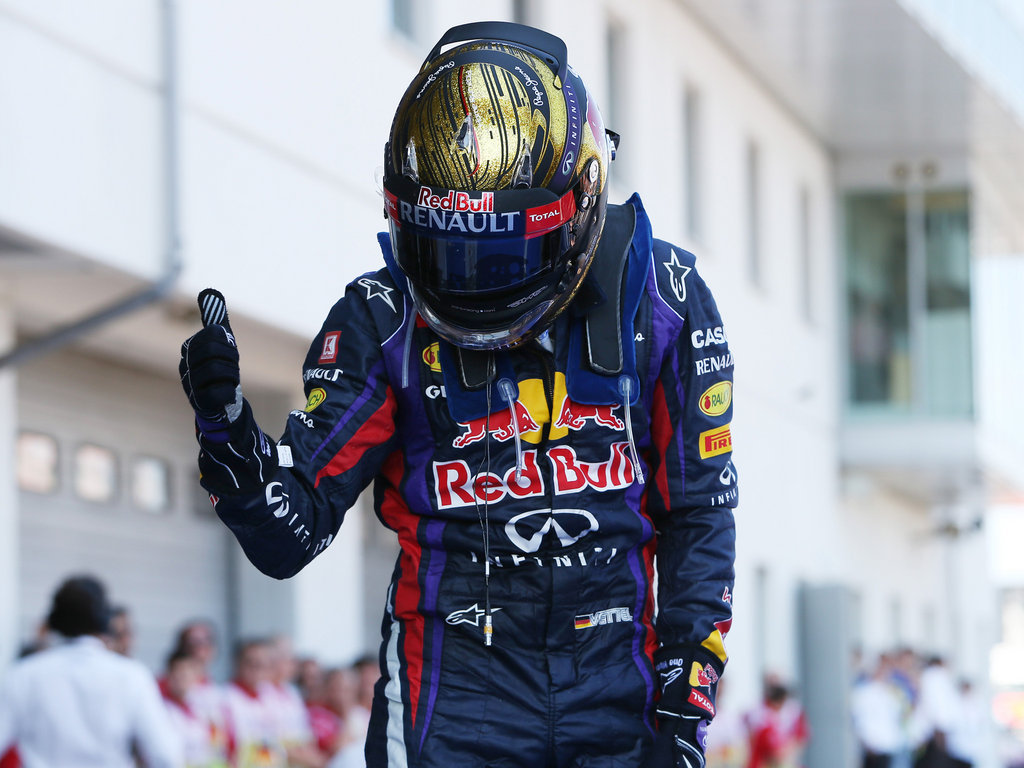 The Red Bull driver secured his fourth consecutive World Championship this year and unlike in previous seasons where many felt most of his success was down to his car, this year he showed why he should be considered one of the sport’s greats.

Vettel finished with 248 points ahead of Ferrari’s Fernando Alonso with Kimi Raikkonen from Lotus completing the top three.

“It means a lot,” the German told Autosport. “Team principals generally have a lot of insight in F1, as usually they have been around quite a while and see a lot of drivers.

“As much as getting the respect and appreciation from outside people, it is very nice to get the same from people on the inside.”

Red Bull boss Christian Horner says there was no doubt that Vettel was number one this year.

“It’s been his best ever year and he’s raised the bar continually,” he said. “The exciting thing about him is that he’s still only 26; he’s only done just over 100 grands prix and he’s a four-time World Champion.

“He doesn’t win by mistake or achieve the results he does by accident; he’s achieved them through having an enormous amount of natural ability, utter commitment and a fantastic work ethic, where he continually looks at his own performances and analyses himself.

“He certainly deserves to win the Team Principals’ Poll again.”