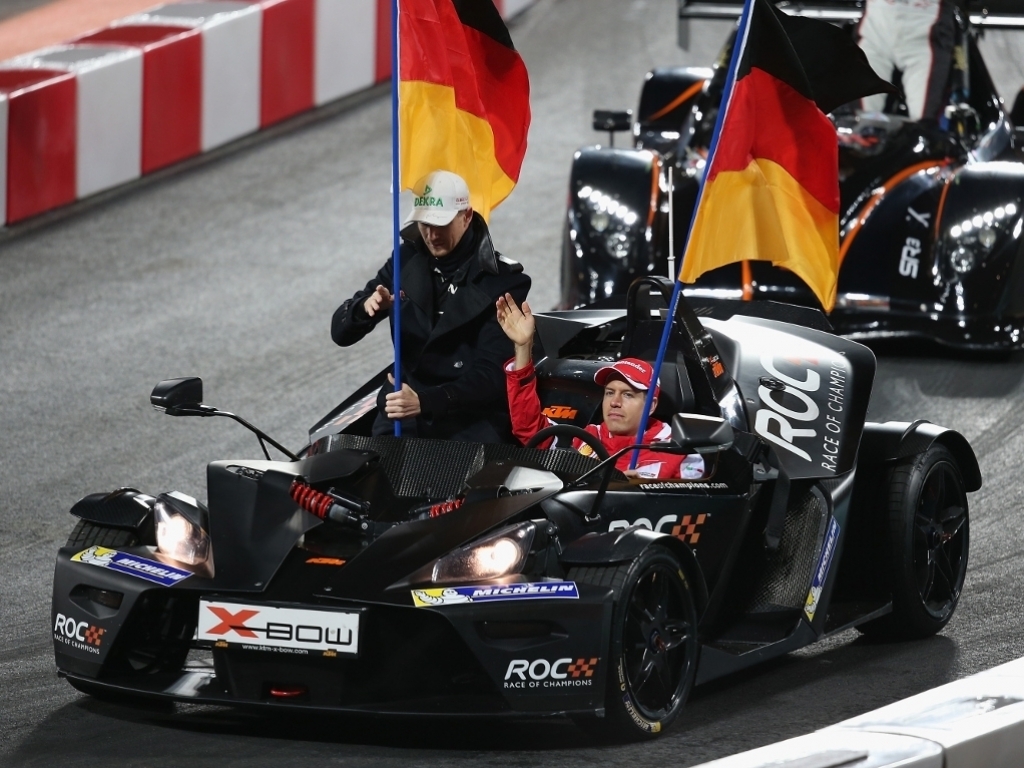 Andy Priaulx and Jason Plato have claimed the Nations Cup at the Race of Champions, beating the German team of Sebastian Vettel and Nico Hulkenberg.

Priaulx and Plato, who made up Team England 1, clinched the title by two heats to one on Friday night.

On a bittery cold evening at London's former Olympic Stadium, the English pair faced off against the Formula 1 drivers for the title.

Priaulx one the opening heat against four-time World Champion Vettel before Hulkenberg levelled it as he beat Plato.

Coming down to a third run, Priaulx again had the measure of an F1 driver, this time taking down Hulkenberg.

"I had a great night," said Priaulx. "Tonight it all just hooked up. Germany have won it a few times so it's nice to have a turn – and nice for me to win a race for once! I’ve been to the ROC Nations Cup final three times so to do the job is great.

"This competition is tough and it gets tougher every year so you have to be on your A game here because every race is like a qualifying session. It's so easy to make mistakes but I’m really chuffed.

"Thanks to Fredrik Johnsson and all the guys at ROC for bringing us here. It’s brilliant to get the chance to race in front of our home crowd in London – what more could we ask? But tomorrow is another day…"

As for the Vettel, the German who has won the title in the past with Michael Schumacher by his side, was magnanimous in defeat.

"It hurts – a lot – but Andy drove fantastically tonight, so well done," said the Ferrari driver. "They deserved to win and it’s especially nice in front of your home crowd.

"If you’re in the final you want to win but someone has to lose and unfortunately it was us today. We tried everything but it was their day so I’m also very happy for them.

"I had a lot of fun anyway and I’m looking forward to tonight. The nice thing about this event is that it’s an opportunity for us to hang out with other drivers and a lot of them have become friends over the years. So thanks to everyone for coming out, it’s very cold but a great night."

Earlier in the night Team Nordic of Tom Kristensen and Petter Solberg as well as Team England 2 of Jenson Button and Alex Buncombe made the semi-finals.